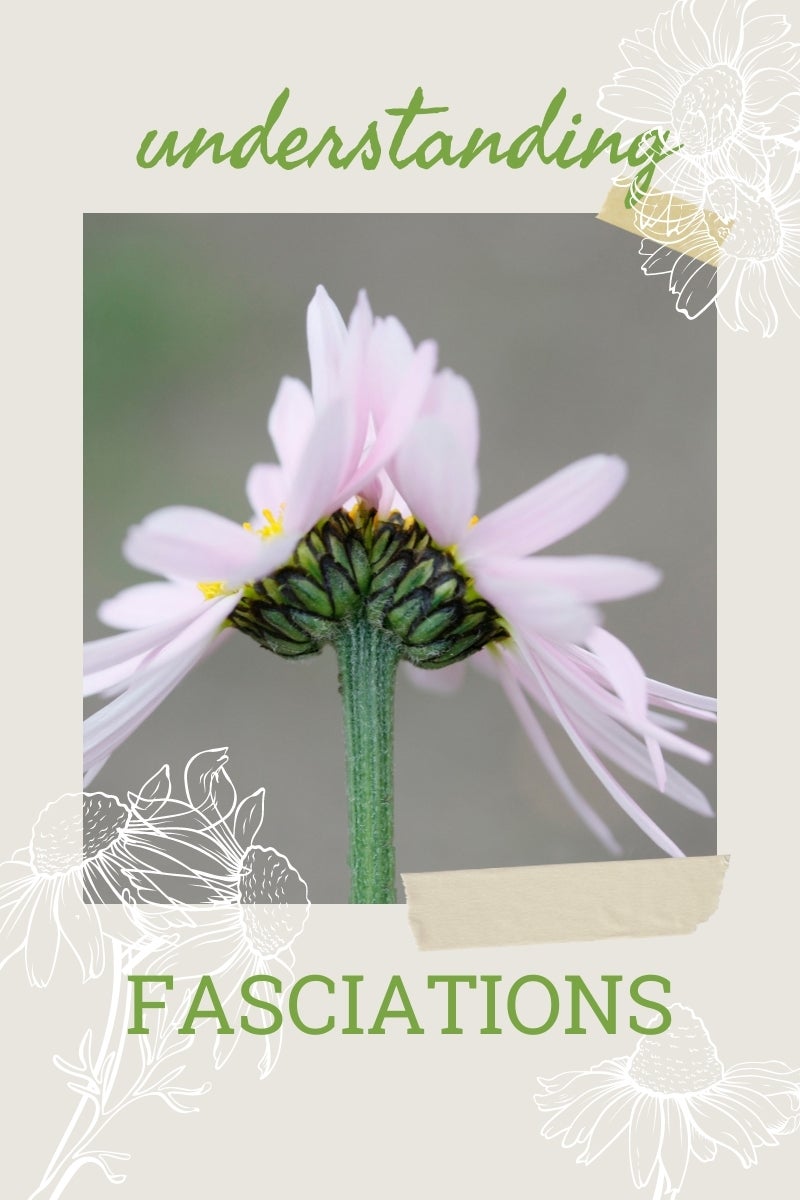 Nature is a wondrous thing. Almost anything can and does occur. In plants, natural changes can occur that makes them visually different. One of these changes is fasciation, also called cresting. Cresting in vegetable plants doesn’t always result in misshapen produce, but occasionally you will get a strange berry or other item. I have found fasciations in my produce patch numerous times over the years and it’s always an interesting surprise.

Out here in the fields we have lots of wild flowers. It’s fun to take drives and see what is in bloom. One of the taller flowering plants is mullein. These statuesque, yellow flowered plants are often found along roadsides. Last year, a strange phenomenon occurred. Most of the plants we saw had strangely fused flower spikes and thickened stems. They were rather grotesquely malformed. These plant anomalies sprung from fasciations.

Fasciation, or cresting, is a random, genetic occurrence. It rarely occurs in successive years and is not a contagious condition. Instead, as the plant forms, certain cellular changes occur that cause deformed plant parts. These might be fused flowers, thicker stems, and other weird changes not normally seen in the plant. It is even thought that broccoli is the result of fasciations in some brassica species. The changes can also be a result of environmental, nutritional, or disease issues. In some cases, a plant may undergo mutation due to physical damage.

These common plant anomalies are not life threatening. They don’t leave the plant inedible or kill it. They are instead, amazing examples of Mother Nature’s sense of humor. I have a large strawberry patch. It is fairly new but produces well, nonetheless. In it I have seen several cases of fasciations. The resulting fruit was quite an oddity. The berries were double in size, almost as if 2 had fused together during growth. They were misshapen and sort of bulging. However, once tasted, they were entirely normal. In fact they were as delicious as the regular looking fruits.

The abnormality occurs occasionally in my sunflowers as well. They leave the big flower heads freakishly malformed. But, the seeds were still usable and the flower had a strange beauty.

Another crop that has this cresting variance is my asparagus. Every once in a while we get a really thickened, flattened stem. You can still eat the spear, but it will look really odd.

Fasciation occurs in many plant species. It is common in foxglove, strawberries, dandelions, ferns, nasturtiums, succulents, melon, delphinium, and more. The results are sometimes visually startling but not always ugly. In fact, a Celosia, with their characteristic cockscomb flowers are an example of a beautiful fasciation.  The resulting bloom was desirable so it was bred as a trait. There are also grafted crested Euphorbia and cacti with wavy crests. So, in some instances, the effect is beautiful and preserved.

I actually love it when I find something that has fasciated. The unearthly forms are Dr. Seuss-ish and fun. Nature can make an ugly fruit, but it still tastes yummy, and gives a rare glimpse into its artistry.