Why Would You Want To Grow A Wildlife Garden? 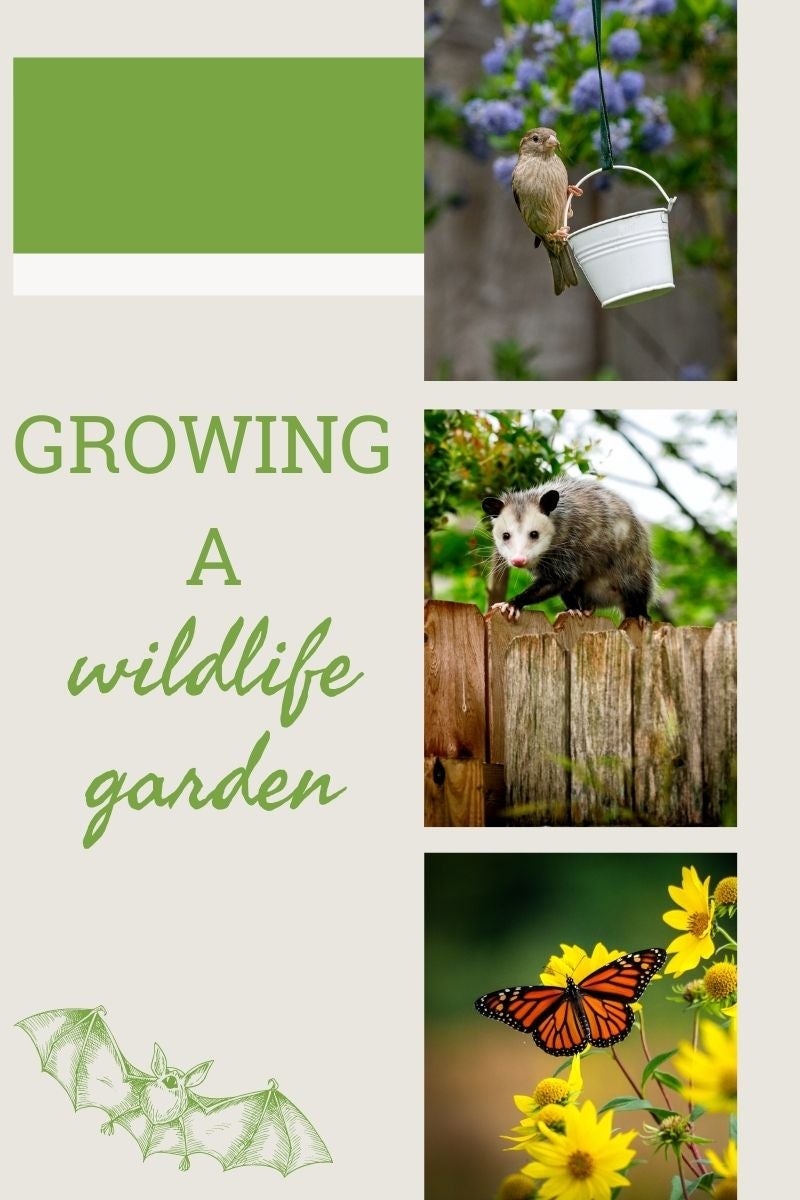 When you’re looking at the Gardening Know How site, you’ve likely come across articles about creating wildlife gardens and what to put in them. But why? Why would anyone want to purposely invite wildlife to their gardens? While I cannot speak for others, I can tell you why I have a backyard wildlife garden.

Wildlife in the Garden

Before explaining the importance of having wildlife around, it might be helpful to understand that wildlife doesn’t mean the same thing to everyone everywhere. Depending on your location, wildlife in your garden may be nothing more than bees, butterflies and other pollinators that come for a visit. Perhaps you have birds or squirrels. For some, wildlife in the garden might also include frogs or toads, lizards, and snakes. And then there’s the bigger wildlife like raccoons, opossum, foxes, and deer (yes, I know there are many more, but this is just an example). If you’re lucky enough, you may have a variety of such creatures. I am one of the lucky ones, and here’s why.

Wildlife in the garden offers so many benefits, not only to them or your garden, but to you as well. We all know (or at least should) about the importance of pollinators and how without them there’d be none of those summer harvests we’ve come to enjoy. But there’s other benefits to inviting wildlife to the garden. Many good bugs feed on bad ones, and other wildlife creatures like bats, lizards and toads also feast on pesky insects. Opossums help control tick populations, while snakes keep rodent numbers in check. Even birds of prey, like owls and hawks, pitch in with rodent control, along with an occasional snake (circle of life). The point here being that all creatures have a place in this world and a role to fulfill.

Speaking of fulfillment, just having the opportunity to watch wildlife up close (yet at a safe distance) can be extremely fun. I added a trail camera to one of the trees out back so I’m able to keep track of the wildlife passing through, especially at night. It’s always a thrill to sit in the garden and witness the bunnies or squirrels playing, but having the ability to see raccoon families firsthand is super exciting. I was even lucky enough to catch a rare glimpse of an opossum and coyote within feet of each another – a standoff of sorts, with the coyote ignoring the opossum and opting for a more favorable meal instead”¦ a nice tasty apple.

Sometimes the neighborhood cats get in on the action, a few having made unlikely friends with the resident gray fox. One of the hawks enjoys spending time with our crow, who visits us every single day. Most people think different animals couldn’t possibly be near one another without fighting but I’ve seen for myself that’s simply not true, and I find this refreshing and hopeful. If they can do it, couldn’t we all? I know we can certainly learn and take lessons from our wildlife companions.

I’ll admit there’s occasionally a downside to wildlife in the garden, like when squirrels and birds unintentionally “plant” trees and other stuff where we don’t want it. Still, they’re gonna do that regardless. And yes, many critters like deer, groundhogs and raccoons may ravage plants and crops. BUT I’ve found that planting a wildlife garden which includes native plants for them to feast on as well as providing them with their own “veggie” plot helps to eliminate issues with crop loss. My real vegetable garden is near the house. The wildlife garden is at the very back of our property just bordering the woods, where they already reside and venture about. It’s also where they tend to stay and feel most comfy. In the wildlife garden, all are welcome. I wouldn’t have it any other way.