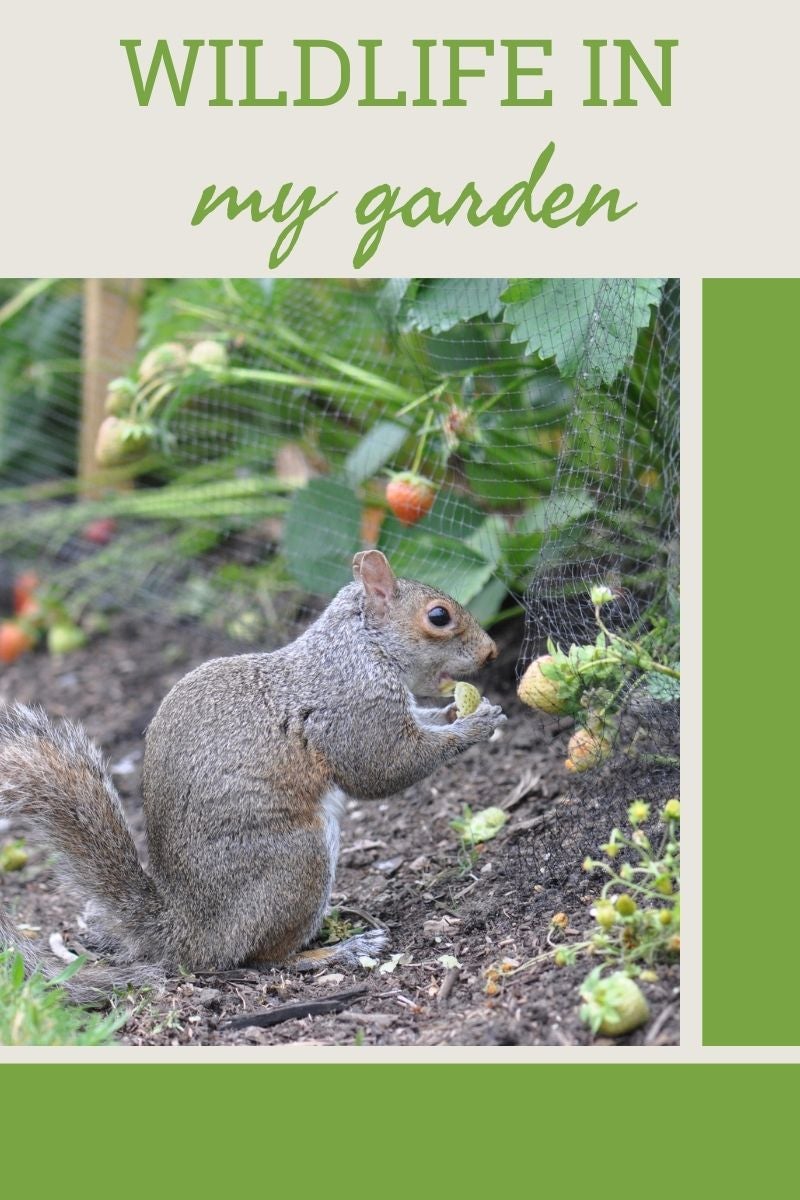 Gardeners tend to be very protective of their crops and many resent losing any veggies or fruits to scavengers or thieves. I guess I would feel this way as well if I caught a neighbor climbing over my fence in the middle of the night to pick my hard-won cherry tomato crop.

But I don’t feel this way at all about wildlife. When it comes to wildlife – from birds to racoons to squirrels to the wild boars that roam the hills in France – I am happy to share. Here’s why.

Wildlife Are Hungry
It’s hard to get angry with an animal who eats crops from my garden or nuts and fruits from my trees. They only do it because they are hungry. Even squirrels, who tend to take more than they can eat and store it up for later, are trying to meet their future hunger now by getting while there are fruits and nuts available.

Contrast this with my fictitious neighbor example. If a neighbor scales the fence to pick my peaches or tomatoes, it is not because they are starving or fear starving. They simply want home grown veggies or fruits yet don’t want to put in the hard work to get them. This difference makes me very forgiving of animal scavenging.

Wildlife Can’t Ask
The other difference between people and wildlife is that wildlife have no way of asking your permission. A hungry neighbor – or simply one lusting for heirloom tomatoes – can knock on the door or peer over the fence and see if some arrangement could be made. I’ve often traded crops for crops with neighbors and even more often given away baskets of vegetables (okay, I admit it, most often zucchini).

But wildlife have no way of asking. When I seed my garden and the birds appear and chow down the seeds the next morning, it’s still because they are hungry. If they could talk to me, I would offer to put out seeds just for them if they would leave my veggie seeds to grow, but that is not likely to happen.

Wildlife Is Nature
Sometimes it’s easy to forget that nature is more than flora. Fauna is also an important part of the ecosystem wherever you live. In France, for example, lots of my neighbors kill any snake they see. But they pay the price, since snakes on the land keep down the mice and rodent population. Bees, butterflies, bats and birds help pollinate the crops. Every part of the ecosystem has a role, and permitting wildlife on the land supports the health of the ecosystem.

Wildlife Are Fascinating
There is no show or computer game you can buy that will engage you and amuse you to the same extent that wildlife will. Have you ever seen bird parents teaching their young to fly? But all babies are cute. I remember the first year an opossum had babies under our deck in San Francisco: the incredible sight of the mother, laden down with little ones on her back, walking slowing across the yard.

But adult insects and animals are fascinating too. The squirrel on the birdfeeder that holds her tail above her head when it’s raining like a furry umbrella! The huge wild hares that look stern and powerful rather than cuddly and cute. The hedgehogs that eat the cat food outside. Many of my best memories involve wildlife.

Wildlife Needs Protecting
In France, hunting is a big thing and sometimes I will see a dozen men with long rifles out tracking wild boar. It’s hard to watch and impossible to stop.

But San Francisco isn’t much better, with neighbors up in arms because there are raccoons in their garden or coyotes in the park. Where are these animals supposed to go? They were there before we were, but they inconvenience us and therefore must be trapped or poisoned. Wildlife needs protecting.