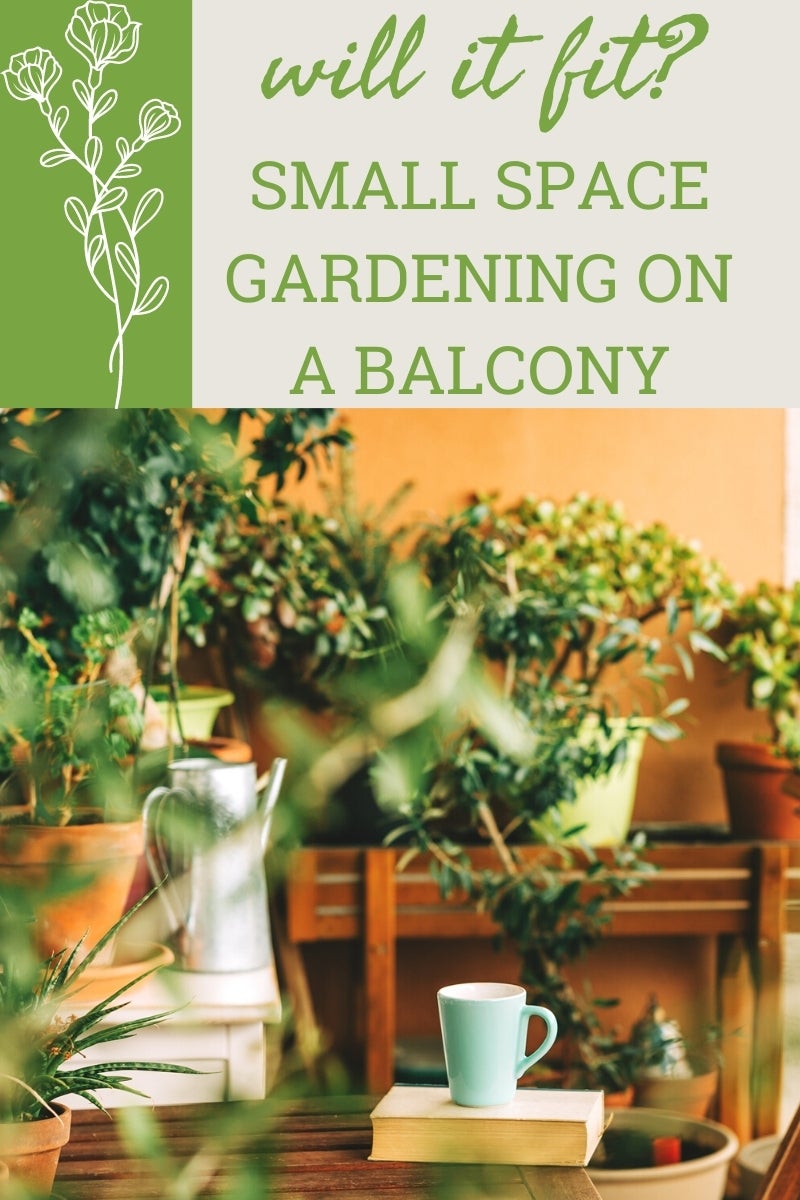 Most of us have lived in small spaces when we were young adults. It may start with a college dorm or studio apartment. Those of us with a green thumb have always found ways to have our plant buddies surrounding us. And if you were lucky enough to have a deck, lanai, or balcony, your options expanded greatly.

Decades ago, I lived in a mother-in-law apartment above a garage. It was a huge garage which housed the vehicles and trappings of a successful landscape business. There were both a front balcony and back deck included in the apartment. One of my first steps upon moving in was selecting plants to decorate the interior and exterior of my space. Finding dwarf plants was the first challenge and placing them properly was the next.

The first purchase was a rhododendron. I learned early on to always read plant tags, and this tag indicated they were dwarf plants. So I grabbed a large pot, some soil and took this beauty home. It resided on the front balcony for the 7 years I lived at the apartment. The tag lied. It was not a dwarf and required constant pruning to get past the plant into the front door. The pruning reduced blooming, so all I had was a big green plant for years. Once I bought my first house, it went into the ground and took off. It was a huge rhodie!

Not one to be put off by a minor gaff, I resolutely challenged myself to grow other traditional in-ground plant species. One of my favorite dwarf plants was a columned apple tree. It took years, but I was finally rewarded with apples all up its length. This plant, too, was eventually put in the ground and produced delicious fruit. It was not the only food I grew. Other balcony plants were herbs, a Meyer lemon ( only in spring and summer), and containers of lettuces and other greens. I had a little evergreen fir in a large container that often hosted various crops around its base.

Since plant tags proved to be sometimes erroneous, I bought the first in a long line of plant books. I wanted my babies to be taken care of correctly, but I also wanted to avoid a repeat of the rhodie snafu. Among my balcony plants were always annuals but I began to have a serious addiction to collecting succulents and cacti. Many of these would be moved indoors for winter, but most could stay outside in the mild climate and sheltered balcony. Each grew in a mostly pebble and sand substrate which would drain fast when we got our frequent rainstorms. There was an Agave, a Yucca, several Opuntia species, and a couple of Mammillaria. Of course, I lost a few here and there, but I looked at it as an opportunity to buy something new.

So, balcony gardens can be diverse. They can also be a place of nature even in the heart of a city. I enjoyed all that I learned in those early years, even the failures. It was a great kindergarten of plants and training ground for the future.