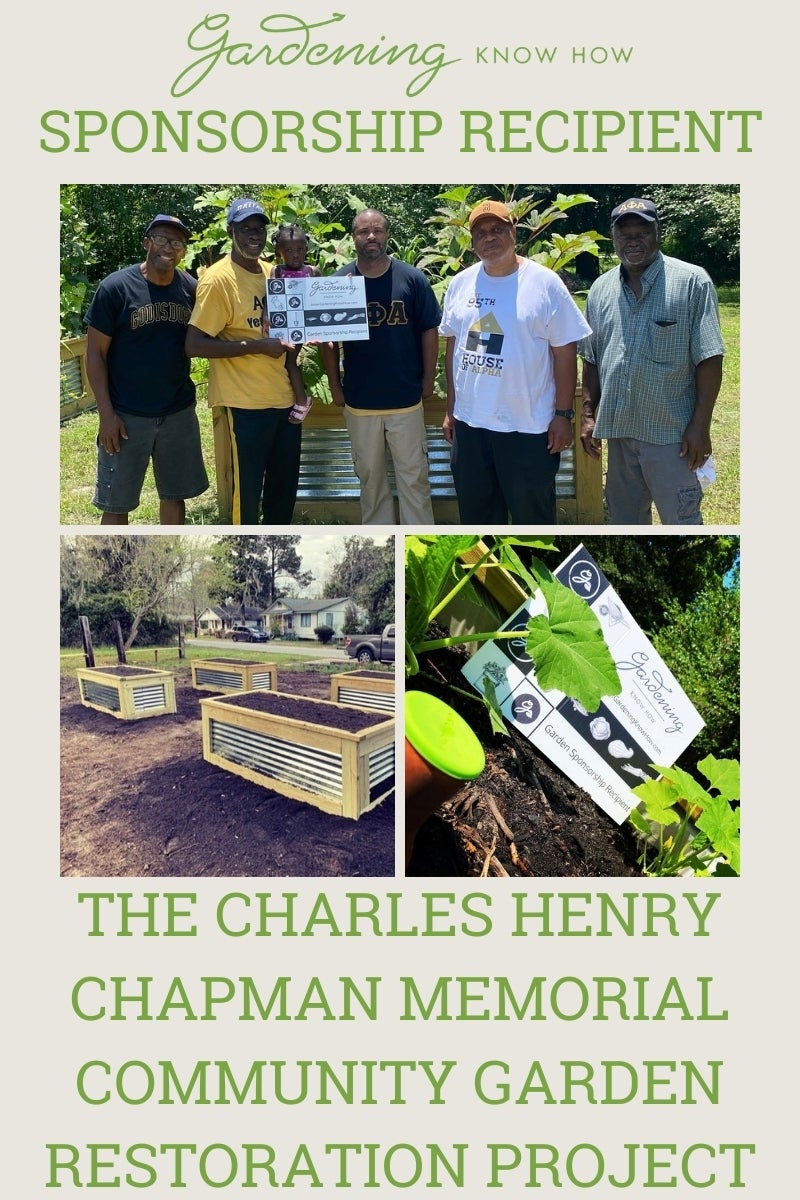 Geoffrey Johnson was chosen as a recipient of Gardening Know How’s community garden sponsorship. His energy, foresight, and generosity are a perfect example of how successful community gardens are born.

Alpha Phi Alpha Fraternity, Inc. is the first intercollegiate Greek-letter fraternity established in 1906 for African American Men at Cornell University in Ithaca, New York. The Beta Phi Lambda chapter founded in 1940, of which Mr. Johnson is an active member, has a non-profit charitable arm, The Beta Phi Lambda Foundation. Its distinguished mission is to provide scholarships, as well as youth development and training programs. Alpha Phi Alpha Fraternity, Inc. has chapters like this one, nationwide and around the globe.

Discovering the Gardener in Himself

When he started out, Geoffrey Johnson did not realize he was a natural gardener. He built raised beds at his home, brought in soil and seeds, but, in his words, “Nothing happened!” He mentions, with a smile in his voice, that working with 3rd graders in their garden at a local elementary school helped him learn techniques for successful gardening, and through that work he discovered his innate talent for growing things. Mr.Johnson, a Howard University graduate, and native Savannahian went on to become a Georgia Master Gardener, and even opened his own gardening business.

Get to Know Geoffrey in our Interview Series

Two vacant lots owned by The Beta Phi Lambda chapter lay dormant near the campus of Savannah State University, the oldest historically Black public university in the state of Georgia. For many years in the past, the site was occupied by a tavern; after its demolition, debris and glass remained embedded and scattered on the land. Thanks to Johnson’s inspired vision for a community-based garden, plus some help from volunteers, the once scruffy space has been transformed into a flourishing public garden.

The Charles Henry Chapman Memorial Community Garden Restoration Project is named in honor of one of the founding members of the fraternity, more commonly known as “Jewel Chapman.” Mr. Chapman later went on to become a revered professor of agriculture at Florida A&M University. Named in his honor, the stated purpose of this garden project is to “help the surrounding community grow and share fresh fruits, flowers, vegetables and herbs as organically as possible.”

Community members, adults, and kids, stop by to help out with the garden tasks. Geoffrey’s fraternity brothers join regularly for cleanup days, and a range of people ranging from toddlers to “seasoned” adults are involved in working and maintaining the garden. Beta Phi Lambda The garden is as “organic as it can get,” and there are no chemicals or pesticides used. A special memorial section is planted with fruit trees in honor of fraternity brothers who have passed away.

Johnson’s concern for the education of young Black students, as well as his great love of gardening are reflected in this ambitious gift to the city of Savannah. He sees gardening as an opportunity to “teach urban youth about responsibility, cooperation, and ecological respect & awareness.” Since he’s in the garden every day, he gets the opportunity to speak with students who stop by, and to offer his unwavering advice that they “Always do the right thing.”

Geoffrey first saw Gardening Know How’s sponsorship link on Instagram, where he posts photos of the garden on the account he has named “Depend On Planet Earth” (D.O.P.E.). Our sponsorship funds will be used to upgrade the garden’s existing raised beds, build trellising for climbing plants, add a new sitting area and improve the watering system.

At Gardening Know How we’re grateful to people like Geoffrey Johnson who make the planet better through gardening, education, and a strong sense of compassion for humanity.

Learn More About Our School and Community Garden Sponsorship Program

Every year, Gardening Know How awards $1,000 to 20 different, hand-picked garden projects across the United States and Canada. If your community or school garden has a growing, unmet need for more soil, seeds, fertilizers, building materials, or even just help getting the word out about your program, we’re ready and willing to help you meet those needs. As community gardens and school gardening programs spring up all over, we’re happy to do our part to help.

Printer Friendly Version
Read more about Garden Sponsorship
<PreviousNext>
Did you find this helpful? Share it with your friends!
FacebookTweetPinEmail