Experience the Charm of Sonnenberg Gardens 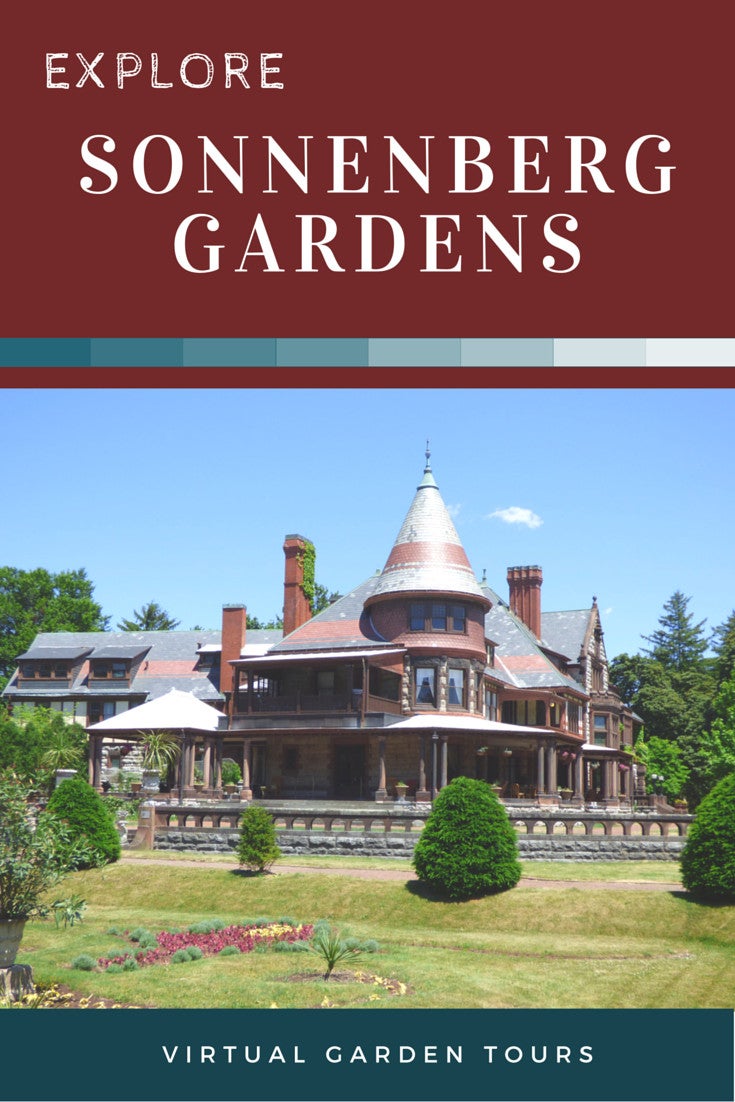 Image by Shelley Pierce of Gardening Know How

In June 2016, I had the opportunity to tour the Sonnenberg Gardens & Mansion State Historic Park in Canandaigua, New York. As someone who has an appreciation for antiquity, it was fun to stroll through the grounds and envision the beauty and splendor that existed well over 100 years ago during the tenure of its former prominent wealthy owners, Mary Clark Thompson and Frederick Ferris. Mary’s father, Myron Holley Clark, served as governor of New York State from 1855 to 1857 and Frederick was a founder of the First National Bank of the city of New York, which is now known as Citibank. Their 118 acre property was eventually bequeathed to Mary’s nephew, who later sold it to the U.S. government in 1931. A VA Hospital was then built on site and later, in 1973, a title for 52 acres was obtained by the nonprofit organization “Sonnenberg Gardens” and the gates were opened to the public. 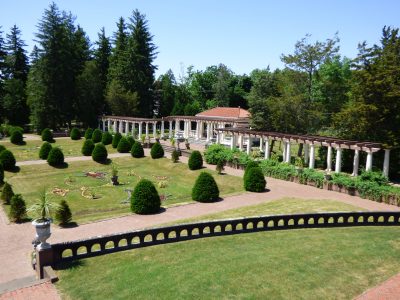 -placead-
The Sonnenberg property is an amalgam of the Victorian and Edwardian era (think Jane Austen and Downton Abbey, respectively). The centerpiece of the estate is a Queen-Anne style mansion (built 1885-1887) surrounded by several thematic gardens and various remnants of architecture, such as a roman bath and temple. While I truly enjoyed Sonnenberg Gardens from a historical perspective and would highly recommend it on that note, the gardens and grounds would not receive a wholehearted endorsement from a purely aesthetic viewpoint. Much work needs to be done, ranging from basic garden maintenance (critical in a dry summer) of its thousands of perennials, annuals and other plants across the estate, to some major structural renovation, in order to recapture Sonnenberg’s former glory. At the time of this writing, the greenhouses, located near the entrance, are in the process of being restored. Work such as this takes a lot of time, resources and manpower that are admittedly scarce for non-profits such as Sonnenberg, which is why support from the community is vitally important. 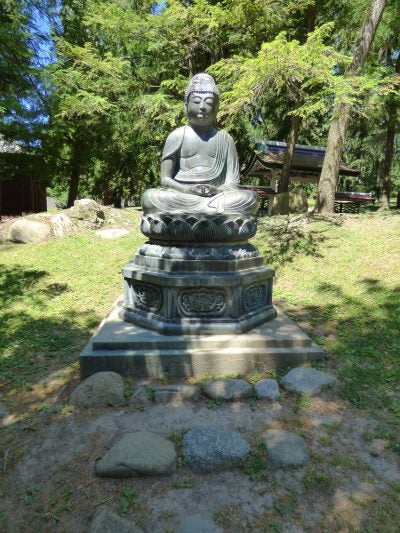 Aforementioned observations aside, there were plenty of things of interest and beauty for me to see that made the visit worthwhile. I found something in every thematic garden that delighted me, such as a Buddhist statue in the Japanese Garden, an inviting archway in the Rock Garden, a curvy Rose Garden and an imposing Fountain of Hercules in the Italian Garden, to name a few. 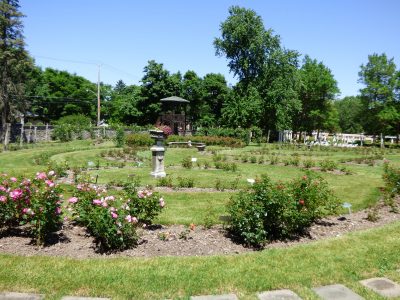 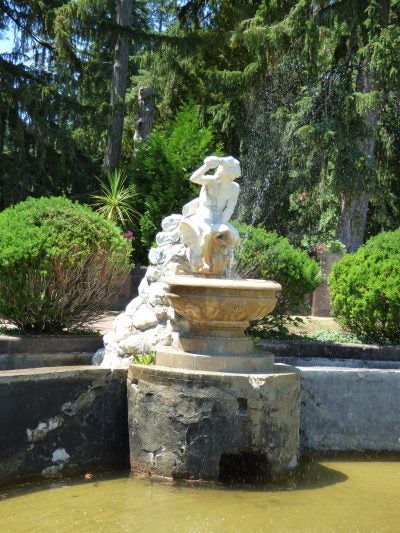 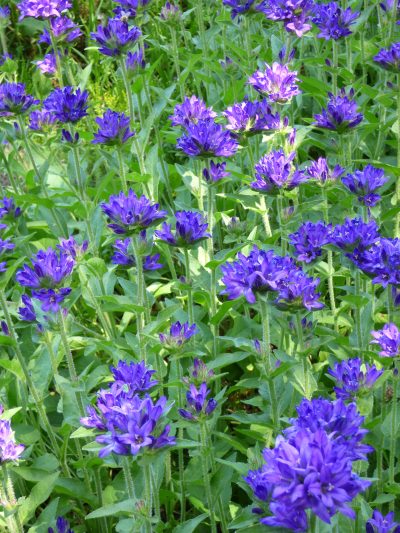 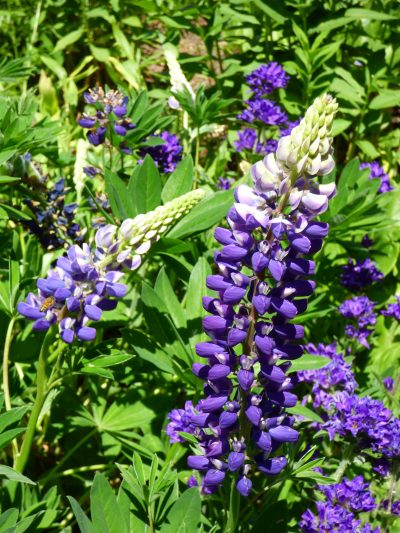 And flowers, we can’t forget the flowers! Here are some, courtesy of one of my favorite jaunts at Sonnenberg – the Old Fashioned Garden. As you can see, I have an affinity for blue and purple.

Other thematic gardens you will encounter on your Sonnenberg journey include a Pansy Garden, a Blue & White Garden, a Moonlight Garden, and a Children’s Community Vegetable Garden. The conservatory and greenhouse complex also have some eye candy you won’t want to miss, some of which are featured below. 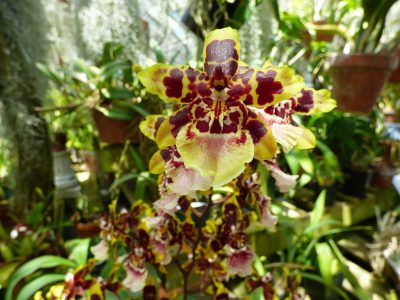 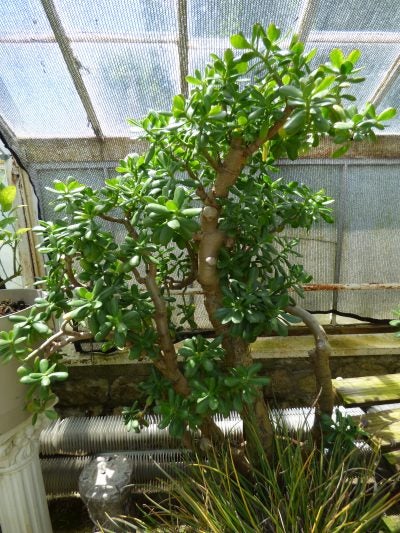 You can visit Sonnenberg GardensÂ  7 days a week, rain or shine, from May 1 through October 31.Â  They are openÂ  9:30 am – 4:30 pm with extended summer hours Memorial Day – Labor Day until 5:30 pm.Â  For information on admission prices, click here.Â  To find out more about Sonnenberg Gardens, please visit their website at http://www.sonnenberg.org and connect with them on Facebook and Twitter.

Tell us what you think: Leave a comment
Printer Friendly Version
Read more about Virtual Garden Tours
<PreviousNext>
Did you find this helpful? Share it with your friends!
FacebookTweetPinEmail

Image by Shelley Pierce of Gardening Know How