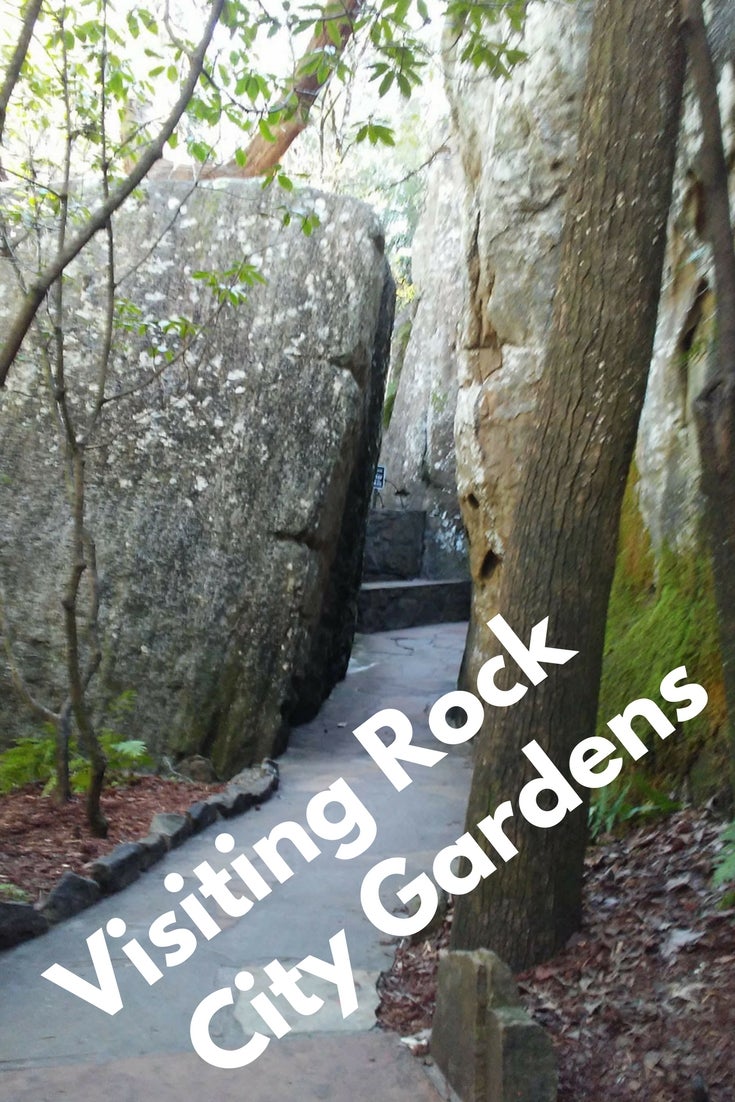 Located on Lookout Mountain in Georgia (USA), Rock City is a natural geological wonder that was created millions of years ago when the continents shifted and separated. First inhabited by Native Americans, Rock City was named by European settlers in the early 1800s because its natural rock formations, caves and gorges that truly do look like a city laid out by Mother Nature. As early as the Civil War, tales of this unique city made of rocks and its amazing panoramic views of seven states spread throughout the country. However, it wasn’t until the 1920s and 1930s that the owners, Garnet and Frieda Carter, began to develop the paths and gardens that are today known as Rock City Gardens, visited by nearly half a million tourists from all over the world each year. 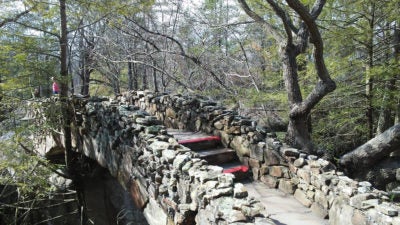 Rock City Gardens officially opened as a public tourist attraction in May 1932. Owner Frieda Carter received immediate national acclaim by the Garden Club of America for her use of native plant species throughout the gardens. Her husband, Garnet Carter, already famous for inventing mini-golf, also became known for his unique approaches of promoting Rock City Gardens, putting up barns brightly painted red with “See Rock City“ along highways and roads to attract tourists. While today many of these red barns are long gone, a few still remain standing and their memory lives on in Rock City’s famous red, barn-shaped birdhouses, which are sold on site in the gift shop. 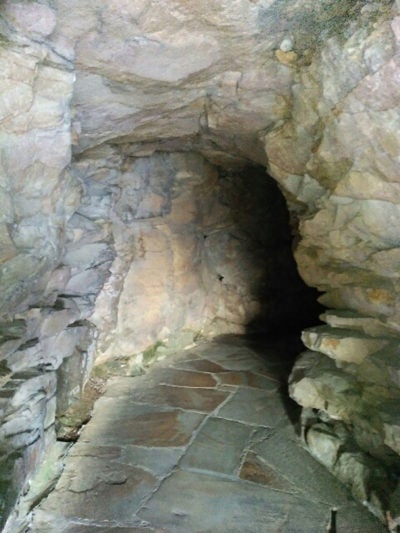 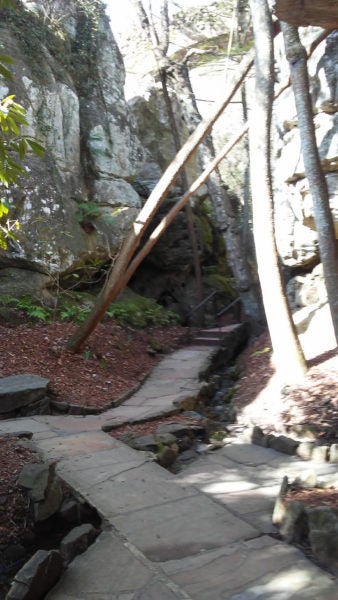 This woodland path runs along small creeks and babbling brooks, and weaves its way past huge ancient rock formations with such names as Shelter Rock (a naturally balanced 1,000 ton boulder), Mushroom Rock and Tortoise Shell Rock. Throughout the path, visitors are led through narrow gorges like Needle’s Eye and Fat Man’s Squeeze, as well as several caves and caverns – Goblin’s Underpass, Rainbow Hall, Hall of the Mountain King and Fairyland Caverns. The path also leads to several scenic overlooks that include the famous “See Seven States” overlook, the Opera Box Overview, Carter Cliffs and Observation Point, which gives visitors an amazing view of the thundering 100-foot waterfall known as High Falls or Lover’s Leap. The garden path also leads over several bridges including the 180-foot Swing-a-Long Bridge, the Sky Bridge and Stone Bridge.

In addition to breathtaking views and mind-blowing ancient rock formations, Rock City Gardens has a fallow deer habitat and through a partnership with Wings to Soar, they have an onsite Peregrine Falcon Release Program and host a seasonal Birds of Prey Event. Other seasonal events hosted by Rock City Gardens are: 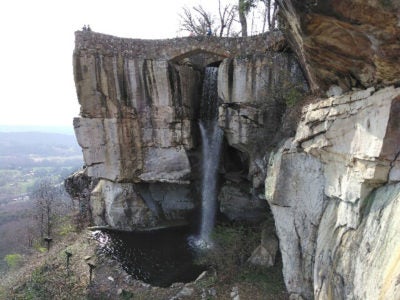 During the Earth Dayz event, visitors can do take-home arts and crafts projects with recycled materials, as well as learn about birds, native plants and green garden trends such as rain barrels. At the Fairytale Nights event, kids can meet Cinderella, Peter Pan, Little Red Riding Hood and other fairytale characters; train to be a knight in the Knight’s Training Academy & Knighting Ceremony; have tea with Alice and friends; watch and participate in an interactive storytime with Goldilocks and the Three Bears. Rock City Gardens offers many activities to entertain children during regular, non-event hours too. They have a critter classroom, panning for gemstones area, rock climbing wall, Gnome Valley, Fairyland Caverns and Mother Goose Village. Leashed pets are also welcomed at Rock City Gardens.

Daily admission is $19.95 for adults and $11.95 for children ages 3-12. Annual passes are available, as well as bundle deals with other local attractions like Ruby Falls and Lookout Mountain’s famous zip-lining adventures. Rock City Gardens is open year round, but hours vary by season. Located on the Tennessee and Georgia border, just off of I-24, Rock City Gardens is just six miles from downtown Chattanooga, TN. The scenic drive up along the mountain on Red Ridinghood Trail is also very beautiful.