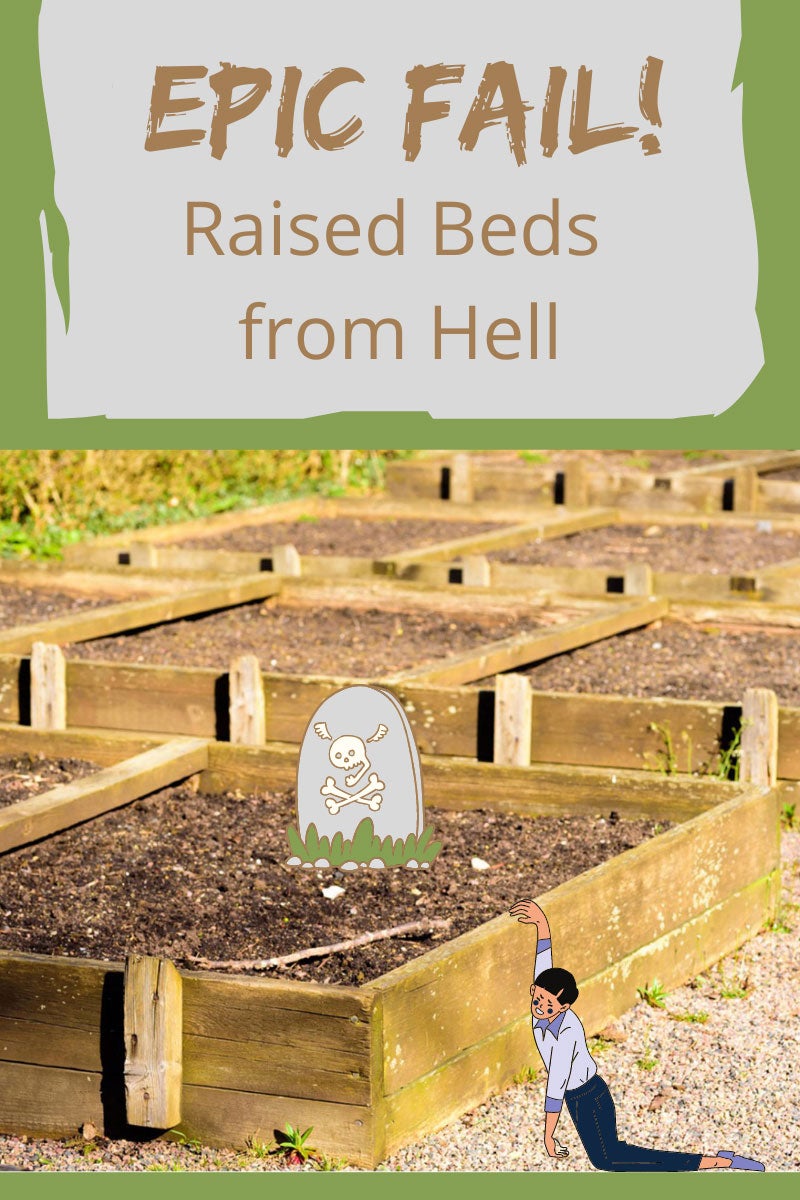 When you tackle a DIY project, the feeling you are hoping for is some pride in your work. But it’s easy to forget that the first time you try something, you are very likely to make some mistakes. As a new gardener in San Francisco, I was reminded of this forcefully when I tried to make raised beds. The rest, as they say, is history.

DIY Raised Beds – How it Started

My first stay in San Francisco was in the Haight Ashbury area, and my garden was small but quite normal. When I moved back after some years in France, I moved into the Outer Richmond. Like all of the neighborhoods that border on the Pacific, the Outer Richmond was built on sand, and when you dig in your backyard, it is like a beach.

I considered my options and decided that my best course of action was to plant my summer garden in raised beds. Since our wooden fence was being replaced at the time, I decided to create my own planters from the old wood as a DIY project.

I came up with a design that allowed for ample drainage, brought out the saw and jumped in. I had enough wood to make 5 stand-alone planters, each about 6 feet (2 meter) long, 3 feet (1 m.) deep and 1 foot (30 cm.) wide, raised above the ground on wooden legs. In one long weekend, I did just that.

Raised Bed Garden – How it Worked

My planters were beautiful. I proudly showed them off to neighbors who were laboring to amend their own sandy soil to allow crops to grow. All agreed that I had the right idea.

I mixed up organic compost and good quality planting soil, filled the planters about three-quarters of the way up, and watered them well. After that, I was too impatient to wait for seeds to sprout. I picked up veggie starts at the garden store and planted them, everything from kale to basil to beets.

My DIY Project – How it Failed

The plants looked very happy for a short period of time, and neighbors came over to admire my handiwork. But then, little by little, the plants began to die. The basil was the first to give up the ghost, but leafy greens followed. My young lettuce, rosy chard, tender spinach – all the pretty little leaves wilting. No amount of irrigation and sunshine seemed to have any positive impact.

Finally, even the toughest plants like kale bit the dust. Sheepishly, I consulted a friend who was an experienced gardener. I will never forget how she walked slowly up and down the rows, shaking her head sadly at each dying bed. She said it looked like the plants had been poisoned.

I frowned. It seemed very unlikely that anyone would poison my vegetables. But then she asked if the wood I used was treated. Of course, it had been treated, since it was from a fence that had been around for decades.

Exactly what chemicals had been used, I don’t know to this day. Many treatments used for wood in the past, like creosote and pentachloro­phenol, are toxic to plants. Then there is arsenic. I simply ignored this issue in my rush to make my own planters, and it was my plants that paid the price.

In hindsight, I should have sought out lumber that hadn’t treated. Since my mistake, I actually advise anyone hoping to DIY some raised beds to use cedar, redwood, juniper or even pine or fir so long as it isn’t treated.

Meanwhile, today, I amend my sandy garden soil with compost and plant in the ground, just like all my other neighbors. But that was a garden failure I never forgot.

Printer Friendly Version
Read more about Gardening DIY
<PreviousNext>
Did you find this helpful? Share it with your friends!
FacebookTweetPinEmail