My Tree Journey: Lessons from a Lemon Tree 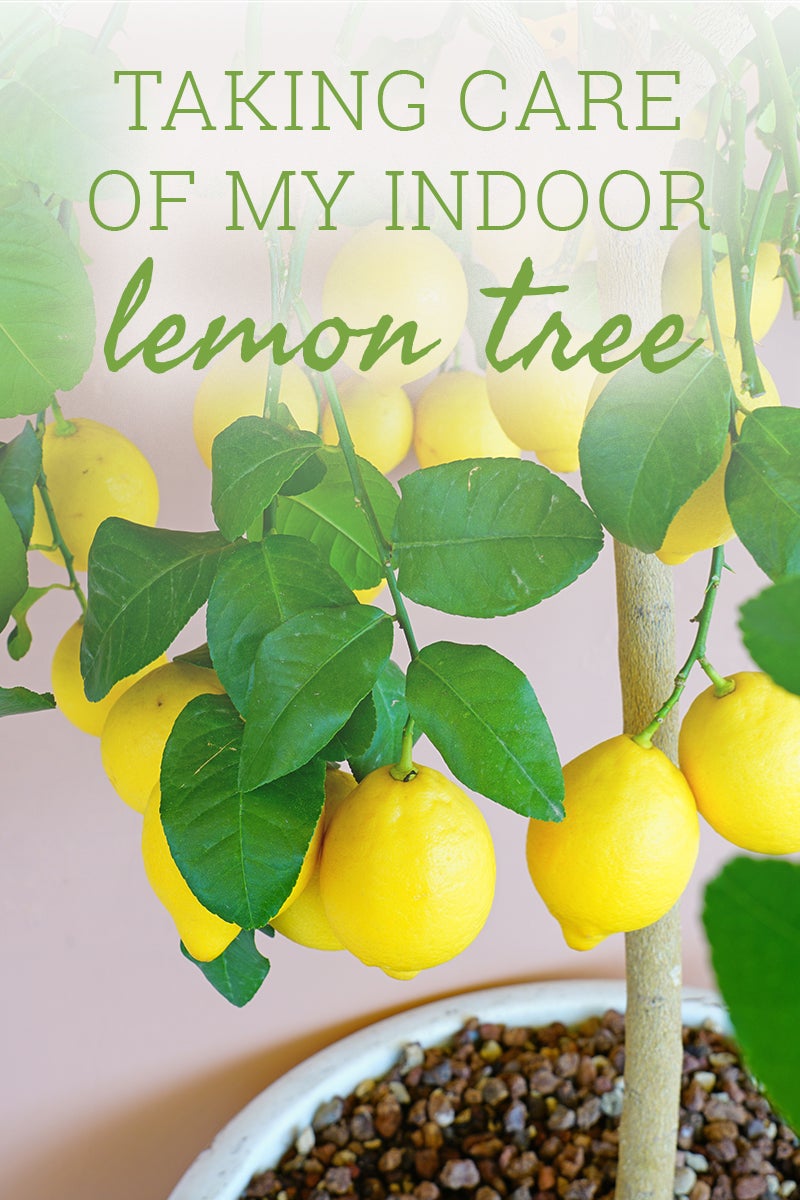 In 2013 I moved to a new city. I arrived the week of a massive snowstorm, which meant I was in a new city”¦ stuck inside. As soon as spring came, I was antsy to get out and figure out where I was living. I was also desperate to plant things. I had barely any outdoor space, but I had containers, and I was determined. In a fit of inspiration, I went to the grocery store in search of things I could put in the ground. I got myself rosemary, basil, cherries, and all kinds of plantable produce.

I also bought a lemon. I planted its seeds and hoped for the best. I hoped so hard that one sprouted. It was a tiny little green thing with leaves that smelled, unmistakably, like lemon Froot Loops.

Now, the city I’d moved to is not a good home for lemon trees. Summers are warm, but the winters are long, and cold, and very dark. But with a little perseverance (and a sunny window) you can grow a lemon tree pretty much anywhere! And I did.

My lemon tree would spend half the year inside, craning toward the winter sun. And then as soon as nights were warm enough I would move it outdoors, give it a dash of fertilizer, and watch it explode into green. The process repeated year after year, and soon it was taller than I was. We grew together. Maybe not vertically, but as I put down roots in my new home, making friends, learning my way around, it put down its own (less figurative) roots, in a series of progressively monstrous pots I managed to find for it.

I never had it in me to prune it or confine it – how could I, when it was such an obvious symbol of my own growth? And so it grew more and more impressive, too big to call a houseplant, but towering over my dining room and, when I brushed by it, making the whole place smell like Froot Loops.

All good things must come to an end”¦ but not my lemon tree! No, it was my stay in this new city, which had long since become my home. After eight years, it was time to move on, and my dear giant tree came with me. It rode in the back of the moving truck — it had far outgrown the car — and settled into its new residence, in a city even farther north.

At this rate, I don’t think any tropical climates are in my future, but that’s okay. I could never plant my tree in the ground, for fear I’d someday have to leave it again! My faithful lemon tree, my first friend in a new city, is in it for the long haul now, towering over my furniture in the winter and bursting into new growth in the summer in whatever patch of sun it can find, smelling like Froot Loops and reminding me how far I’ve come.

While beautiful, lemon trees grown from seed can take ten years to produce fruit. (I’m still waiting on mine!) If you want lemons right away, check out www.fastgrowingtrees.com, the leading online retailer of high-quality trees, shrubs, and perennials.

The above article was sponsored by FastGrowingTrees.com. The information contained in this article may contain ads or advertorial opinions.
Tell us what you think: Leave a comment
27 people are already talking about this.
Printer Friendly Version
Read more about Gardening Experts
<PreviousNext>
Did you find this helpful? Share it with your friends!
FacebookTweetPinEmail