Q & A with Susan M. Fraser, editor of The Trees of North America 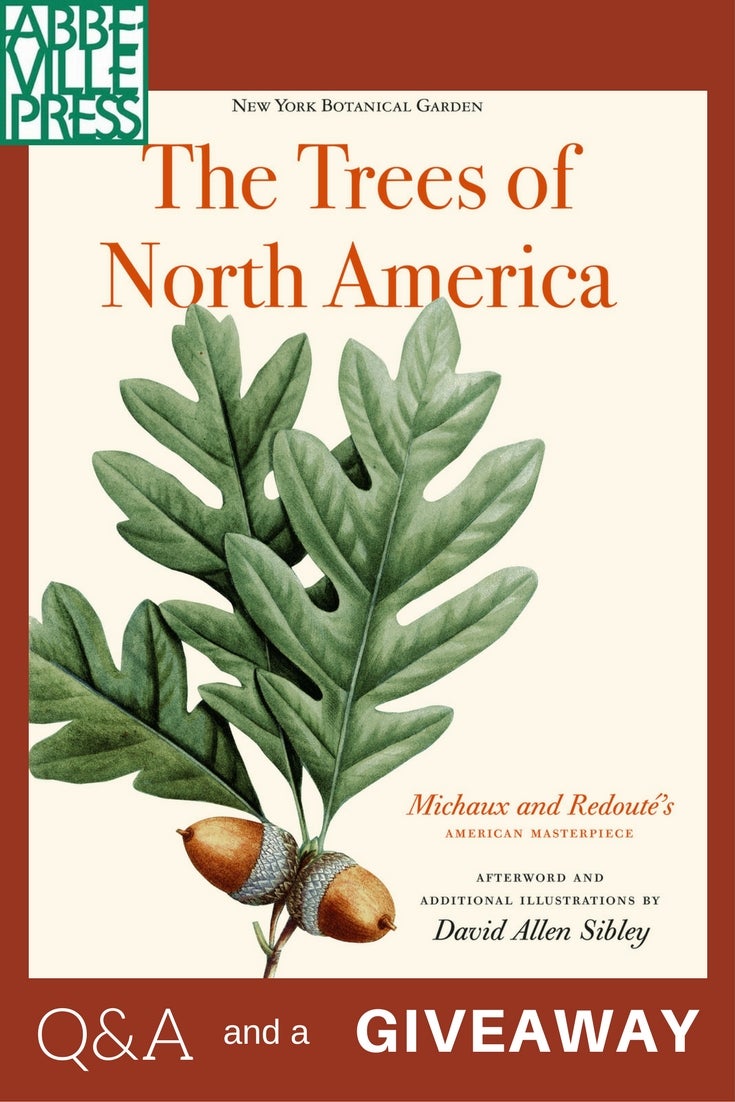 SUSAN M. FRASER is Vice President and Director of the LuEsther T. Mertz Library at The New York Botanical Garden (NYBG), where she oversees an extensive staff and an outstanding collection of print, non-print resources, and plays a pivotal role in the exhibition program in the Rondina and LoFaro Gallery. She holds a MLS from Columbia University. She is an active member of the Biodiversity Heritage Library (BHL) as well as the Council of Botanical and Horticultural Libraries (CBHL). Her publications include the award-winning Flora Illustrata: Great Works from the LuEsther T. Mertz Library of The New York Botanical Garden (2014) co-published by NYBG and Yale University Press.

Susan recently had the honor of editing the beautifully illustrated book “The Trees of North America,” which features illustrations of American forest trees by celebrated botanical artists . Â Read on to learn more about this Abbeville Press book and enter to win 1 of 3 copies.

The importance of André (1746-1802) and FranÃ§ois-André (1770-1855) Michaux””a father-son team””and Thomas Nuttall (1786-1859) to American forestry cannot be overstated. André’s Flora Boreali-Americana (1803) was the first American flora and FranÃ§ois-André’s The North American Sylva (1817), with supplementary volumes by Nuttall in the 1840s, was the first silva. The latter remained a standard work for the study of North American woody plants throughout the 19th century. These works are among the many first editions and historical publications on North American botany that are held in the world-renowned LuEsther T. Mertz Library of The New York Botanical Garden.

The North American Sylva is considered a landmark publication in the early study of natural history of the continental U.S., and was first published during a period generally acknowledged to be the golden age of botanical illustration. The beautifully hand-colored copper plate engravings in the first three volumes of Michaux’s The North American Sylva include 156 finely executed stipple-point engravings by Pierre-Joseph Redouté (1759-1840), his brothers, Antoine-Ferdinand (1756-1809) and Henri-Joseph Redouté (1766-1852), AdÃ¨le Riché (1791-1887), and by Pierre-Joseph Redouté’s most accomplished pupil, Pancrace Bessa (1772-1846). When Thomas Nuttall was ready to publish the first part of his three-volume supplement to The North American Sylva, lithography had taken over as the popular medium for book illustration. These images show the plants’ form, color, and detail and were made with meticulous accuracy as scientific documentation.

This book is meant to showcase the masterfully executed artworks contained within The North American Sylva that can be used today to identify the trees that abound in the continental U.S. The work will also inform a more general audience, who may not have need to use the original works contained in botanical libraries, on the trials and tribulations experienced by the early explorers of the continent who systematically named hundreds of species of trees.

There are many more tree species in the U.S. than are represented here, but this work features all the trees that were described and illustrated in the original volumes of The North American Sylva. The trees described in this book were discovered by Michaux and Nuttall in the areas that they covered during their explorations: Michaux primarily north of Mexico and east of the Rockies, including Georgia, the Carolinas, crossing Spanish Florida and into Kentucky, Tennessee, and Ohio, and Nuttall more of the Midwest and West, including the Rocky Mountains to California and the northern Pacific Coast.

As far as I know, there are currently no plans to release another book on other early botanical explorations.

Tell us what you think: Leave a comment
18 people are already talking about this.
Printer Friendly Version
Read more about Gardening Experts
<PreviousNext>
Did you find this helpful? Share it with your friends!
FacebookTweetPinEmail