Why Does Bee Decline Matter: What All Gardeners And Consumers Need To Know 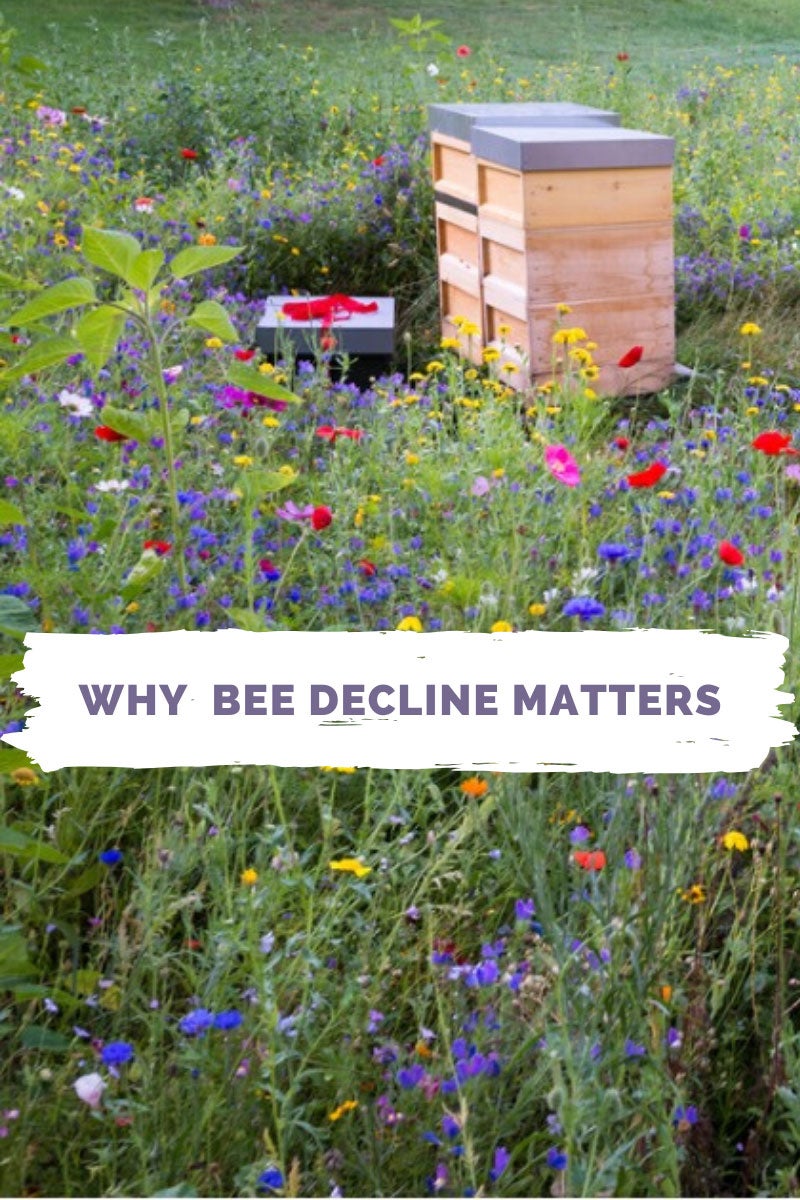 Like most of us, I’ve known our bees are in trouble, and that there must be more to their decline than pesticide use. What I didn’t know is the bigger picture that’s involved in the depletion of our precious, vital bee population. I recently viewed an award-winning documentary film called The Pollinators. Learning the truth about the decline of bees has served as a high-level alert to me, and it should to you, too.

The cinematographer, producer/director of the film, Peter Nelson, describes it as “an important story people don’t know they need to know.” It’s also a story that “matters only if you like to eat.”

Why Does Bee Decline Matter?

If we take a moment to think about it, most of us assume our fruit and nut orchards continue to produce each year as a normal seasonal process. It’s not so.

Beekeepers constantly truck thousands of hives across the country, supplying bees on a temporary basis to almond orchards in California, apple orchards in Washington and blueberry fields in Maine, just to mention a few. In many instances, if these farmers were to stop “renting” the service of these traveling bees, there would be no crops.

The naturally occurring pollination process for many of the foods we eat daily has become nonexistent since there are no longer enough bees to naturally pollinate the plants’ flowers. Semi-trucks criss-crossing the country hauling rentable beehives is now commonplace in our country.

Pollinator Problems in Our Nation

There’s a complex problem with our nation’s farming methods, not to mention the added carbon footprint involved in trucking the bees.

Much of our vast farmland acreage, the “breadbasket” of our country’s Midwest, is cultivated as a “monoculture.” What that means is that, primarily, corn and soybeans dominate the farmscape for miles and miles. A few decades ago, it became important to our large scale farmers to simplify their cultivation methods, which involves heavy tilling, synthetic fertilizers and pesticides. Weeds, cover crops, and areas of untilled soil inevitably interfere with and add work to farming of neatly kept, row upon row of corn and soybeans. Simplification of large farm operations, both in terms of expense and practicality, has exacted a high price.

Vast expanses of our country’s soil have become dead, in a sense. Monoculture farming and over-tilling of the soil has left thousands of acres with insufficient nutrients. Worms, insects and pollinators that once actively thrived in these vast areas are no longer attracted to the nutrient-poor environment. Bees are dying by the thousands due to chemical exposure and opportunistic mites. While simpler for the farmers, these methods have ravaged the formerly rich environment enjoyed by bees.

Fortunately, many farmers are starting to incorporate more sustainable practices, and the changes are beginning to show. But is it enough, and will it be soon enough?

What We Can Do for the Decline of Bees

Bee decline impacts us all. And while Peter Nelson is an astute documentarian, he is also an optimist. As a long-time beekeeper with a keenly heightened insight into the pollination process, he feels the problems are scalable. Peter Nelson is certain that, as individual gardeners and consumers, we can have an enormous effect on encouraging and generating a return of the pollinator population.

Like me, you may be wondering what one individual can do to help bring about change.

As a gardener you can:

Peter Nelson comments, “The reality is that most of us are 3-4 generations away from the farm; so many of us have lost the idea of where our food comes from and who grows it.

As a consumer you can:

As a citizen you can:

These practices can have a positive impact, not only for bees and honeybees, but for the many thousands of pollinator species. Let’s hope we have enough time and enough passion to turn things around for our priceless pollinator populations. Their importance to life on our planet is immeasurable. We each need to do what we can individually, if only simply to educate our friends and families about the issues, and we need to make it happen soon.

Tell us what you think: Leave a comment
13 people are already talking about this.
Printer Friendly Version
Read more about Gardening Experts
<PreviousNext>
Did you find this helpful? Share it with your friends!
FacebookTweetPinEmail