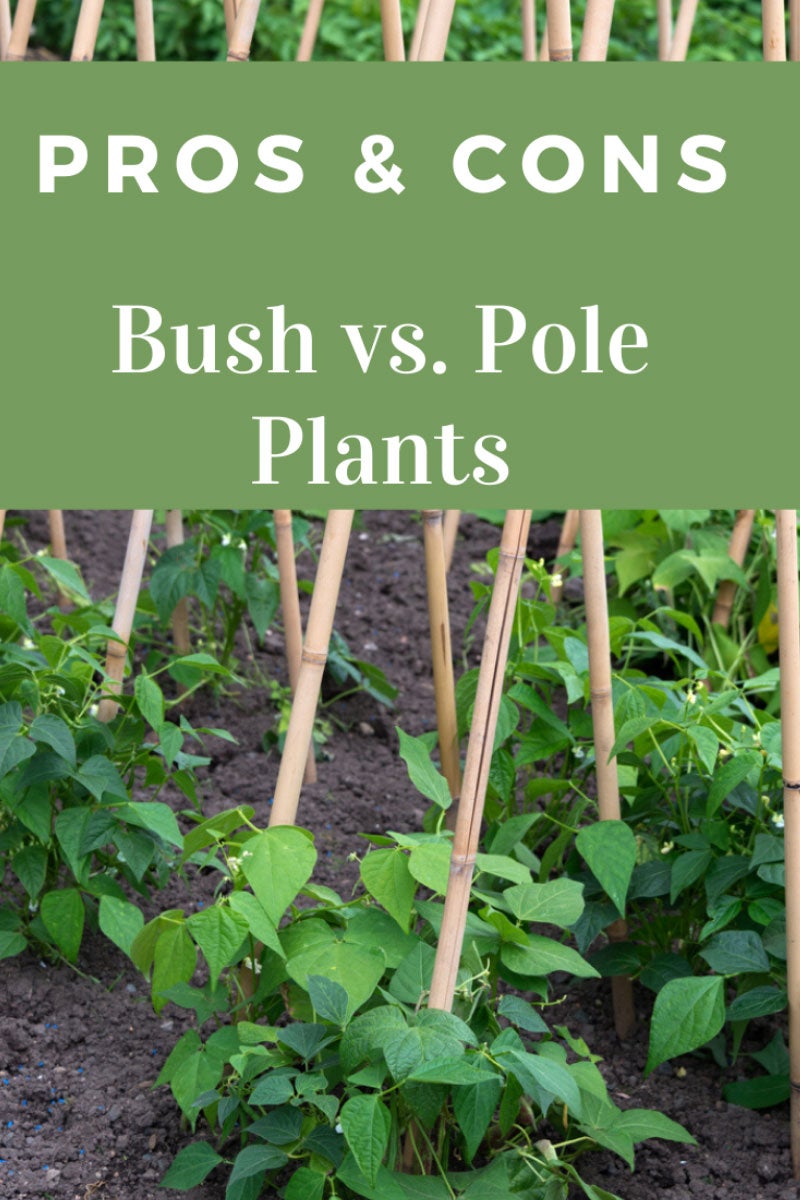 Both vining and bush plants have their pros and cons, but bush varieties come out on top in many areas. Among the reasons to plant bush varieties of vegetables and fruits include less maintenance, compact size, and abundant harvest period. But what about reasons to choose vining plants? Do the benefits of bush plants mean you shouldn’t bother with their vine-like counterparts?

Explore the reasons for planting each of these as two of our writers provide their views.

(Mary Ellen’s viewpoint) I feel there are many benefits of bush plants over vining fruits and veggies in the garden, but here are just the most important ones:

(Laura’s viewpoint) When choosing between bush varieties and pole-type veggies, the obvious difference is the amount of support each type requires. I’ve grown both, but over the years I’ve slowly switched over to vertical garden methods. There are many reasons to choose vining plants over bush varieties. Here are my vining plant pros:

I’ve discovered growing pole and vining varieties of garden plants means ending the season with more produce and higher quality vegetables. But most importantly, growing pole-type veggies makes harvesting quicker and easier. And that’s a blessing when I’m hurrying to get dinner on the table!

Bush plant pros range from being able to grow vegetables in a small space to having less work to do, and to be honest, there are very few cons. If you love veggies and are ready to try gardening in with limited room quickly, you need bush plants. Admittedly, it does take time to put up trellises each spring; however, doing this work upfront saves on labor later in the season as Laura points out.

In the end, they both have their advantages. It’s simply a matter of personal preference. Why not try both?