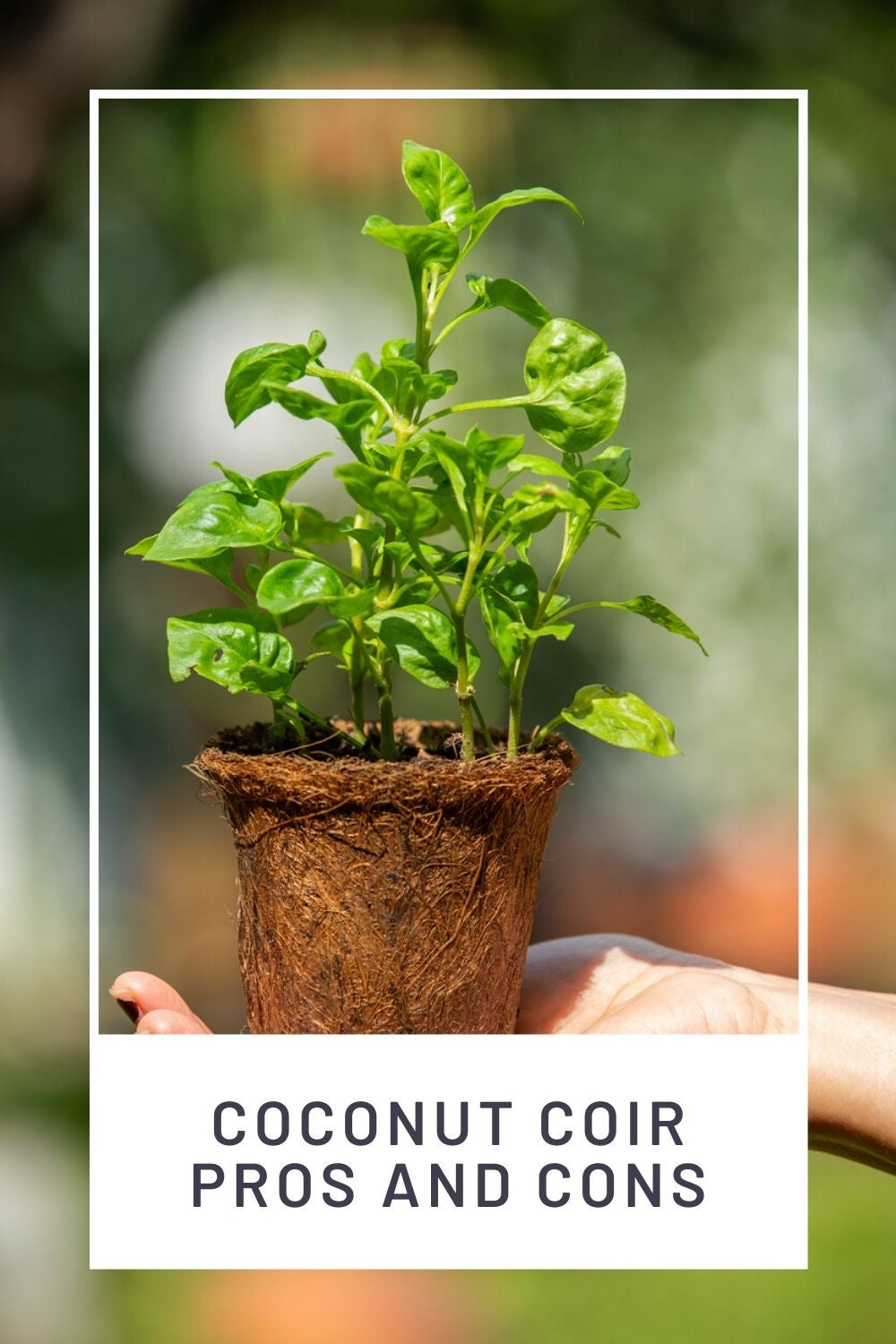 Love coconut and love our planet? Coconut coir may be the right growing media for you, as it is just the cast off clothing from a harvested coconut. Using this rather than discarding it is a win-win for environmental responsibility, and is becoming popular due to its use as a natural planting medium. You can plant directly in coir or mix it with other beneficial amendments.

While this is a great growing medium for many plants with a number of benefits, it’s just as important to consider the possible cons of coconut coir as well. Bonnie and Becca will go over the most common coconut coir pros and cons here.

Reasons to Plant in Coconut Coir

(Bonnie’s viewpoint) Most of us have had the mantra, “reduce, reuse, recycle” drilled into our brains over the last few decades. While it may seem a bit trite, the core message is one that could save our planet. Coconut coir is just the husk of the nut that has been soaked in water for up to 6 weeks and then spun into a fiber-like product. The fibers are extremely strong and can be stretched or compressed without damaging them. The coir is dried and pressed into pots, discs or just left loose and bagged up as a mulch. They’re also commonly made into hanging basket liners.

(Becca’s viewpoint) I certainly agree there are advantages to planting in this medium, but let me mention there are disadvantages of coconut coir too.

Using a product that would have otherwise been discarded or burned is an environmentally conscious decision. While it won’t fit every plant’s needs, it is a versatile and adaptable soil amendment that can take the place of endangered peat. Just make sure you consider all of its possible downsides too prior to use.

Tell us what you think: Leave a comment
14 people are already talking about this.
Printer Friendly Version
Read more about Gardening Pros and Cons
<PreviousNext>
Did you find this helpful? Share it with your friends!
FacebookTweetPinEmail