Pesticide And Herbicide Pros And Cons 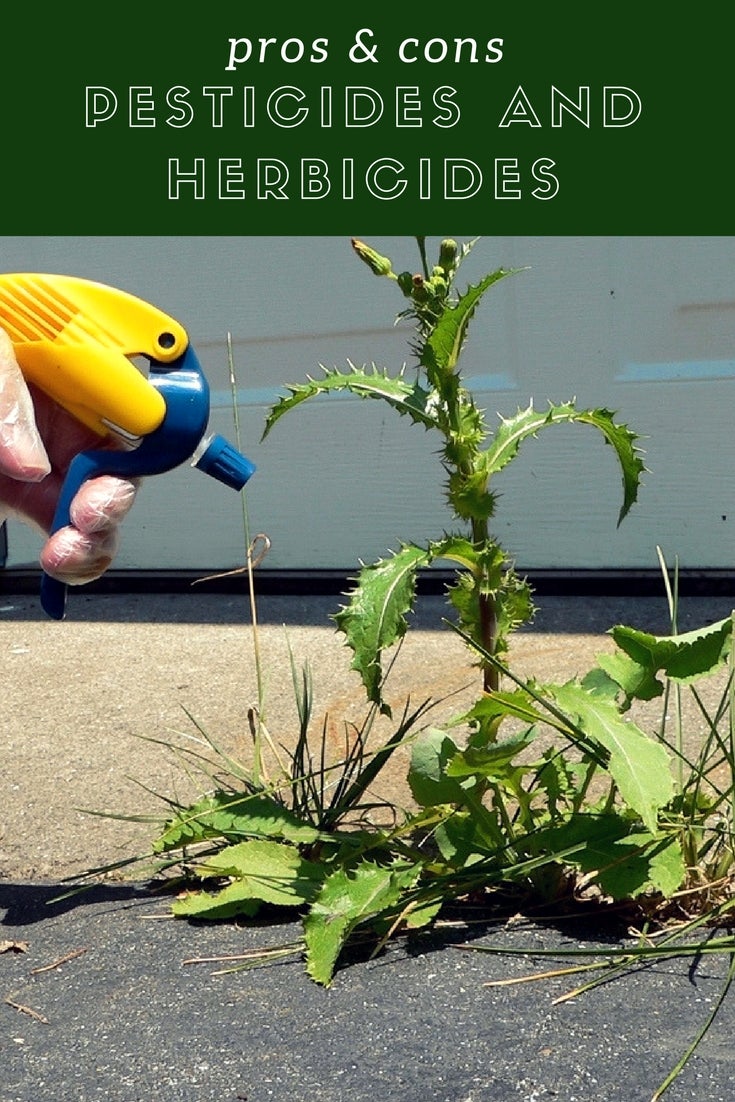 Darcy’s viewpoint: In the United States, these products are carefully regulated and monitored by both federal and state agencies. While many of these products are sold to the general public, others can only be sold to farmers and professional pesticide applicators that have undergone training and testing to become certified and licensed to safely use these products. Misuse of pesticides is a crime that can be prosecuted on a federal level. Other countries throughout the world have similar regulations. In other words, pesticide safety is not taken lightly. It is easy to knock the use of chemicals, until you really examine the pesticide and herbicide pros, now and in the past.

They prevent spread of disease. It is estimated that since 1945, the use of pesticides has prevented about seven million deaths from insect spread diseases. Pesticides control insect vectors such as mosquitoes, ticks, lice and fleas. By doing so, they control spread of serious diseases such as West Nile virus, Lyme disease, malaria, bubonic plague, yellow fever, typhoid fever and many others. Pesticides are used in businesses like hospitals, restaurants, grocery stores, and hotels to control rats, mice, lice, bedbugs, roaches, bacteria, mold and many other intolerable pests known to carry specific diseases.

They protect native ecosystems and water. Controlling diseases in people and pets are not the only positive reasons to use pesticides and herbicides. Pesticides are used to control termites in our homes. They also protect our native forests and waterways from insect, plant and disease alien invaders, such as gypsy moths, Japanese beetles, Asian long-horned beetles, emerald ash borers, budworms, loopers, garlic mustard, kudzu and Dutch elm disease – to name a few. Pesticides are also used to control harmful bacteria in our drinking water.

Cuts costs and increases yields in agriculture. Agriculturally, the advantages of gardening chemicals guarantee higher crop yields and allow farmers to produce better quality crops. It is estimated that 37% of crops in the United States are destroyed by pests each year. This results in about a $122 billion economic loss each year. Worldwide, pests destroy about half the potential food supply. Herbicides are also used to reduce poisonous weeds in livestock pastures. Pesticide and herbicide use in agriculture is more cost effective than the manual labor that would be needed to control insects, diseases and weeds in our food crops.

Immediate results. Other benefits of chemicals in the garden are their quick and efficient results. They are readily available at any garden center or hardware store and can be applied on large areas to quickly control large pest infestations.

Shelley’s viewpoint: No matter how good the gardener or how well tended the garden, insect pests and weeds are inevitable. But this doesn’t mean you have to resort to chemicals to control them. Here are the most common pesticide and herbicide drawbacks to consider beforehand:

They kill the good kind of insects. Beneficial insects can help you get rid of bad bugs. Many of the pesticides used today are broad-spectrum and non-selective, meaning they are just as detrimental to beneficial species as they are to the pests themselves. This is one of the downsides of pesticides and herbicides. If beneficial insects are destroyed, then pest populations are not kept in check and resurge quicker. This leads to increased pesticide use, which is not altogether a good thing as we will learn next”¦

Pesticide resistance. Have you ever heard the expression that “too much of a good thing can be a bad thing?” Well, this definitely applies to pesticides and herbicides and is one of the disadvantages of using chemicals in the garden. Pesticides have been overused so much that, in some cases, the sole surviving pests, the most naturally resistant individuals, breed and generate resistant offspring. Then, with each passing generation, the strength of resistance increases. As you can imagine, this reduces the efficacy of the same pesticides over time.

Here are some sobering statistics: When tallying the number of weeds and insects resistant to one pesticide, we are seeing five times the amount that was seen in 1950. In addition, farmers are losing more crops to pests today than in the 1940s.

Chemical pollution. Here’s one of the major pesticide and herbicide drawbacks: The use of chemicals is harmful to our environment. Residues accumulate in our atmosphere, bodies of water and soil, having far-reaching implications on human health in the air we breathe, the water we drink and the food crops tended in our soil. Wildlife is also negatively impacted by chemical pollution for many of these same reasons. Many animals are killed from consuming pesticide laden plants.

Weighing the Drawbacks and Benefits of Chemicals in the Garden