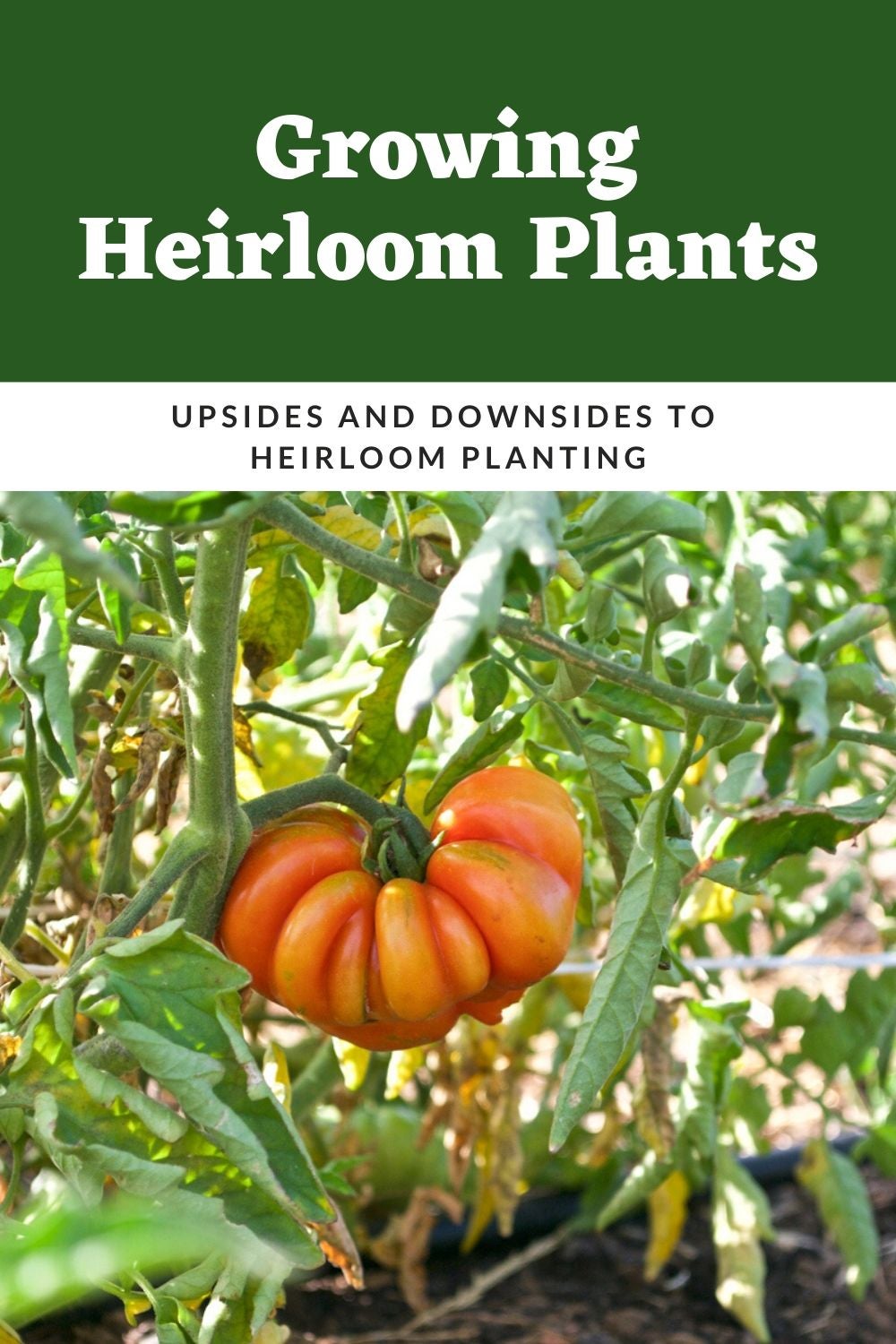 When it comes to understanding heirloom plants, there are no simple definitions. Some people claim heirloom plants were around prior to 1951, when growers introduced hybrid cultivars. Others say in order to qualify, a plant must be handed down in a family from generation to generation, or that it must be traceable at least fifty (or 100) years. Unlike newer hybrid plants, heirloom plants are pollinated naturally, without human assistance.

But what are the pros and cons to growing heirlooms in the garden? Are there any specific benefits of heirlooms or reasons to avoid heirlooms altogether? Our writers Amy and Mary weighed in on these exact questions.

(Amy’s viewpoint) Heirloom seeds are open pollinated seeds that are at least 50 years old or older. These seeds have often been handed down from generation to generation. I don’t know what could be a more resounding reason for growing heirlooms plants than that! It is obvious that I applaud the use of heirloom seeds, but for the reader’s sake and to defend my beliefs, what are the pros of planting heirlooms?

There are a number of benefits of heirlooms. To truly appreciate these, it’s a good idea to define heirloom seeds. As mentioned above, heirloom seeds are those that are over 50 years old and are open pollinated. Prior to the 1900’s, all seeds were heirloom and passed from family to family. Some of these heirlooms can even be traced as having come over with the pilgrims!

Open pollinated means that seeds can be saved season after season and the resulting plants will stay true to the parent plant, something a hybrid can’t boast. Heirloom plants, in fact, are the precursors to today’s hybrids which wouldn’t exist without them.

If you save seed from a hybrid, one or two plants out of every 10 grown from these seeds will be true to the parent plant. In fact, it would take at least 7 years of successive saving and growing to return to the original parent.

Why is this important? Hybrids are comprised of the best qualities of a particular heirloom and combined to get something new. In my opinion, why mess with something that is already close to perfect. Heirloom seeds have been selected as the best of a crop and then passed down from generation to generation. This means that an heirloom tomato, for example, is often the best tasting tomato generations of growers have ever produced.

Another benefit of heirlooms is nutrition. Turns out that over the years as farmers have selected hybrids because they ship better or produce a higher yield, concessions have been made to not only taste, but nutrition; heirlooms are often more nutrient rich than hybrids.

Heirlooms also often don’t ripen all at once, which is a boon for a family that can only eat so many of those aforementioned tomatoes at one time. A revolving harvest gives the gardener time to utilize ripe produce over time rather than all in one fell swoop.

Lastly, if the above argument hasn’t swayed you into growing heirloom plants, think of the cost differential. Heirloom seeds may or may not be less expensive than hybrids, but over time if you save seed, the cost becomes $0 – much more economical than purchasing seeds year after year, let alone buying produce at the local grocer’s prices.

(Mary’s viewpoint) It’s not that I’m totally against growing heirlooms in the garden, but to me, there are a number of reasons to avoid heirlooms. These include:

Growing heirloom plants is a fascinating hobby, and experimenting with unusual plants is interesting; however, if you’re looking for dependable, high-quality produce that doesn’t require a lot of fuss, you may decide that the downsides to heirloom planting outweighs the benefits. Overall, it is up to the individual gardener whether or not to include heirlooms in the garden.

Printer Friendly Version
Read more about Gardening Pros and Cons
<PreviousNext>
Did you find this helpful? Share it with your friends!
FacebookTweetPinEmail