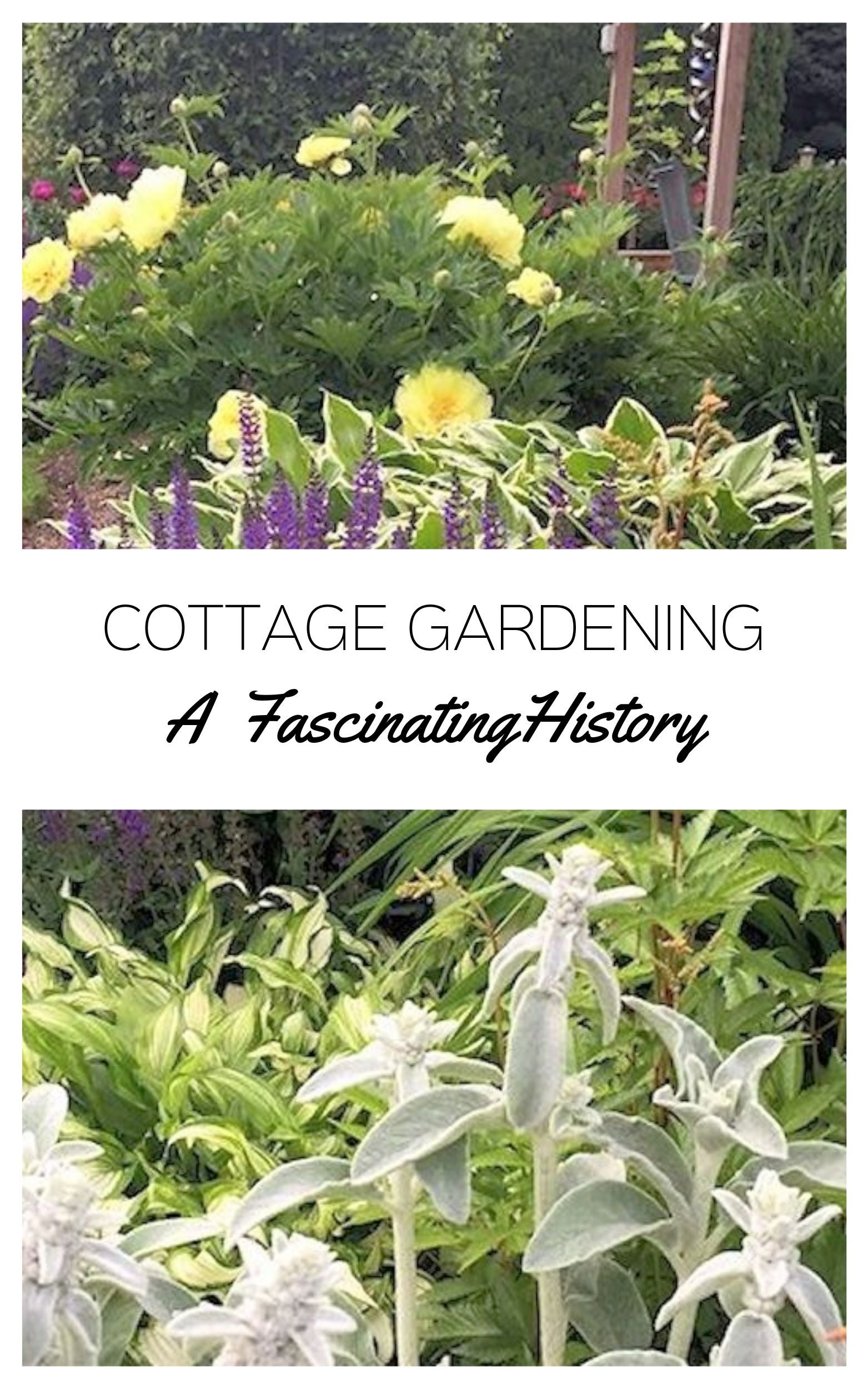 Lee Miller is a landscape designer and consultant, award winning garden blogger and author involved in the horticultural industry since 1996. Having started aÂ gardening blogÂ in 2010, she has written over 250 articles on general gardening, landscape design principles, gardening tips, planting, pruning, garden maintenance, feature plants and more. In addition, Lee Miller is the author of three books,Â A Guide to Northeastern Gardening, published in 2015,Â Landscape Design Combinations, published in 2017 and her latest publication Dream, Garden, Grow!-Musings of a Lifetime Gardener which just made its debut in December of 2018! Lee enjoys sharing her experience with others and with trowel in hand since the age of five, her passion for gardening continues to grow.

Welcome to the world of cottage gardening! The very familiar and popular modern-day concept of cottage gardening dates way back to the 14th century during Elizabethan times, when the earliest cottage gardens put more emphasis on vegetables, herbs and fruit trees. These gardens were thought to be created by workers for the purpose of growing food for household consumption, and unlike today, flowers were occasionally used to fill spaces simply for decoration. In later years, cottage style gardening was more admired for its informal design, dense traditional plantings, and mixture of ornamental and edible plants. Having gone through a major transformation during the 1870’s, cottage gardens became an addition to the development of formal estate gardens, which led to boxwood hedges and masses of greenhouse annuals and roses enclosed in what was referred to as “garden rooms”. The Arts and Crafts movement during the late 19th century focused on a return to the informal romantic planting style of the traditional English garden and well-known 19 century authors such as William Robinson and Gertrude Jekyll helped to popularize cottage garden design as we know it today.

By the early 20th century, the term “cottage garden” was described to be a large and sophisticated garden in which color and harmony were carefully planned and controlled. The famous 1910 Hidcote Manor in the United Kingdom is one of the best-known and most influential Arts and Crafts gardens in Britain, with its linked “garden rooms” of hedges, rare trees, shrubs and herbaceous borders. Vita-Sackville-West, English poet, novelist, and garden designer had implemented similar models for her 1930’s cottage garden at Sissinghurst Castle, where her idea of a cottage garden was a place where flowering shrubs were allowed to mingle with roses, herbaceous plants, bulbs, climbers and seedlings coming up wherever they have chosen to sow themselves. The cottage garden in France was a development of the early 20th century Monet’s garden, a sprawling garden full of varied plantings, rich colors, and water gardens. In modern times, the term “cottage garden” is used to describe any number of informal garden styles, using design and plants very different from their traditional English cottage garden origins.

Modern cottage gardens are associated with an assortment of shrub roses, climbing roses, and old garden roses with lush foliage. The newer hybrid English roses introduced by David Austin are very popular in modern day cottage gardens because of their old-fashioned look with multi-petaled, fragrant flowers combined with cold hardiness and disease-resistance. Many modern cottage gardens also include the use of native plantings and those adapted to the local climate. Other plants incorporated into cottage style gardens include hedging plants such as boxwood, holly, Hawthorn, Elderberry, laurel and Privet. Flowering herbs and perennials in include lavender, catmint, thyme, sage, wormwood, feverfew, lungwort, hyssop, and sweet woodruff. Fruiting trees include the planting of crabapple, dogwood and cherry.

A well-planned cottage garden can be a beautiful addition to your space and be a great haven for pollinators, such as butterflies, bees and hummingbirds. As a landscape designer, I try to incorporate a mix of “cottage style” plantings with traditional plantings to create a colorful garden which has all season interest and requires less maintenance. A favorite hybrid garden I created is this mix of perennials with evergreen and flowering shrubs. A weeping Pussy Willow is surrounded by fragrant deep pink Peony ‘Karl Rosenfeld’ with an understory of colorful purple ‘Salvia May Night’. A natural stone path leads from the patio to lawn area and is followed by a collection of Peony ‘Bartzella’, Astilbe, Daylily, Allium, Salvia and Lamb’s Ear, accompanied by the decorative foliage of Hosta.

Although often overlooked, plant form is another useful attribute. An extension of the garden incorporates various colorful weeping, globe and spreading evergreens, such as Weeping Norway Spruce, Juniper, Chamaecyparis, Blue Globe Spruce and Dwarf White Pine. Ornamental/Flowering shrubs include hydrangea, rhododendron, azalea, weeping Japanese Maple, Dogwood, Crape Myrtle, flowering Plum and Cherry. Masses of perennials in odd numbers of three, five and seven offer an informal cottage-garden feel throughout the garden, while the color and texture of evergreens and flowering shrubs add an update to the traditional style. Ornamental grasses can also be incorporated to create interest and flow while planters with herbs can be added and used for cooking. Cottage gardening has evolved over the centuries, but remains a timeless tradition, and the right combination of colorful perennials, evergreens and flowering shrubs can create an informal and inviting atmosphere!