Growing Your Own Compost 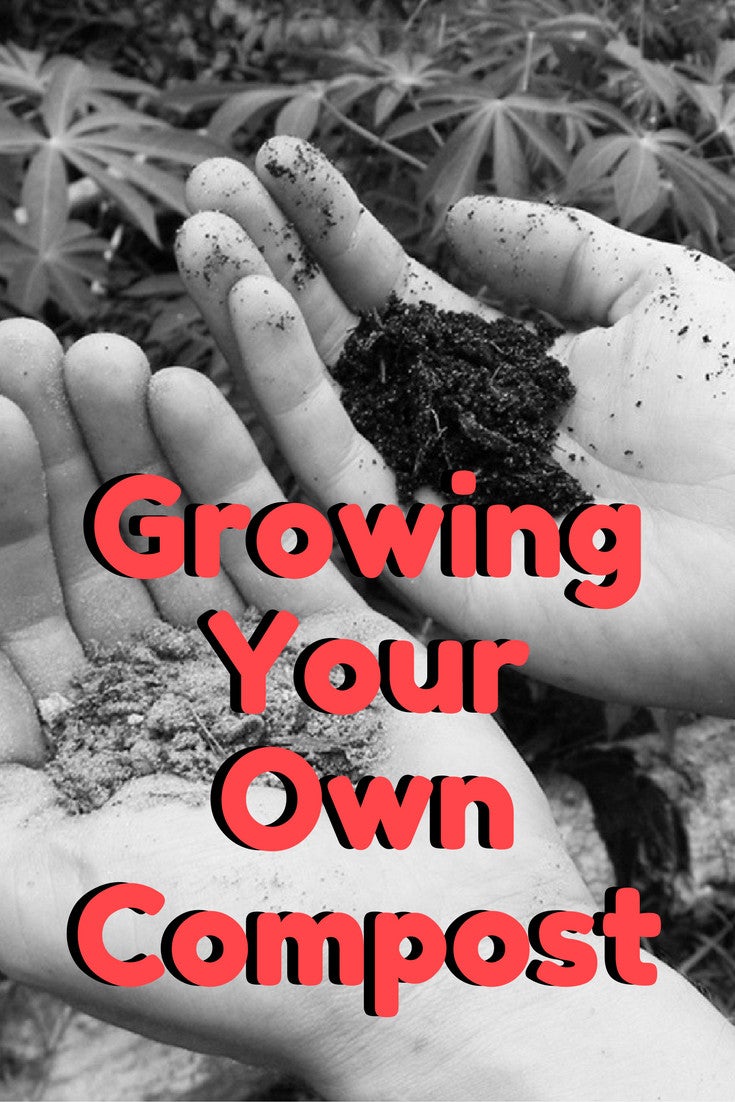 Image by David the Good

David The Good is a gardening expert and the author of four books you can find on Amazon, including Totally Crazy Easy Florida Gardening, Compost Everything: The Good Guide to Extreme Composting and Grow or Die: The Good Guide to Survival Gardening. Find fresh gardening inspiration every weekday at his popular website www.TheSurvivalGardener.com and be sure to subscribe to his popular and ridiculously entertaining YouTube channel at https://www.youtube.com/user/davidthegood.

Do you ever have too much compost? Me either.

When you are only composting a few kitchen scraps, old tomato vines and maybe a few bags of autumn leaves, getting enough of the good stuff for the garden is a tall order. I used to make multiple big compost piles at the same time. Scavenging hay from the local feed store”¦ bags of spent coffee grounds from a friend’s espresso stand”¦ bags and bags of leaves by the roadside”¦ and even then, I was always wishing for just a little more.

My attitude to composting has changed over the years as I’ve found that I’m not that interested in turning piles, measuring temperatures and getting my C/N ratios correct. This may sound strange from a guy who literally wrote the book on extreme composting, but it’s true. Now I’d rather throw most things on the ground where soil needs feeding and let nature do the rest in her slower, colder way.

A great way to increase the organic matter in your garden beds and around fruit trees is to deliberately plant some nearby perennials you can cut down again and again to use as mulch. You know that invasive mimosa tree that just won’t die, no matter how many times you chop it down? Quit looking at it as a problem and turn it into soil!

I love trees and shrubs you can cut over and over again. 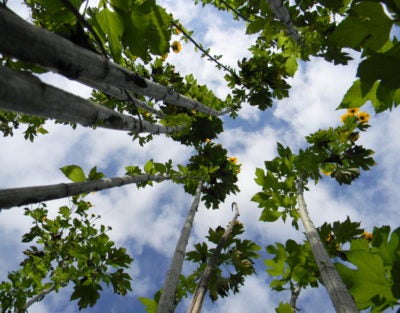 “Tithonia diversifolia, a fast-growing perennial sunflower you can cut again and again for compost.”

In the food forest I built in North Florida, I planted lots and lots of “chop and drop” species on purpose. A few times a year I would go out with a machete and lop off the tops of Leucanas, Tithonias, Eleagnuses, Albizias and other fast-growing plants, then chop up the fallen branches and leaves and use them for mulch around the trees I wanted to encourage and feed.

I got the idea years ago from both Geoff Lawton and John Jeavons, whom, though radically different in gardening methods, both encourage the gardener to plant his land with nitrogen-fixers and compost crops. Lawton’s “chop and drop” is more my style now than Jeavons’ carefully planned compost piles, but the underlying idea is the same: rapid-growing, carbon-producing plants can be used to feed the soil!

Think about your own yard. Many of us spend a lot of time mowing and raking, then often discard the twigs and leaves we pick up”¦ and then go buy bagged mulch at the store.

Yes, that mulch may look nicer than rough yard debris, but I guarantee you that your yard waste is going to build better soil around your plants. Just pile it up around plants where you would normally put mulch. I have been known to pick up piles of logs by the side of the road, then place them here and there around my fruit trees to rot slowly into rich humus. Within weeks they’re being gnawed by insects, which in turn manure the soil with their frass. A year later, they’re usually blooming with various fungi which feast on the lignins in the wood and convert it to compost. A few years later and they’re crumbling into the ground and the soil where they lay is rich and moist, teeming with earthworms.

If I could convince you of one thing, it’s this: look at fallen trees and vigorous weeds, fast-growing interlopers and the neighbor’s invading hedge as sources of soil fertility you didn’t have to toss and turn!

Chop. Drop. Feed the soil. You may not get that perfectly sifted compost you’re used to, but you’ll have a lot more organic matter in the ground than before – and happier trees. Fertility is everywhere!

Follow the plan in nature and make your life – and composting – a lot easier.

Image by David the Good