Jewels of the Incas: A Brief Introduction to Ulluco 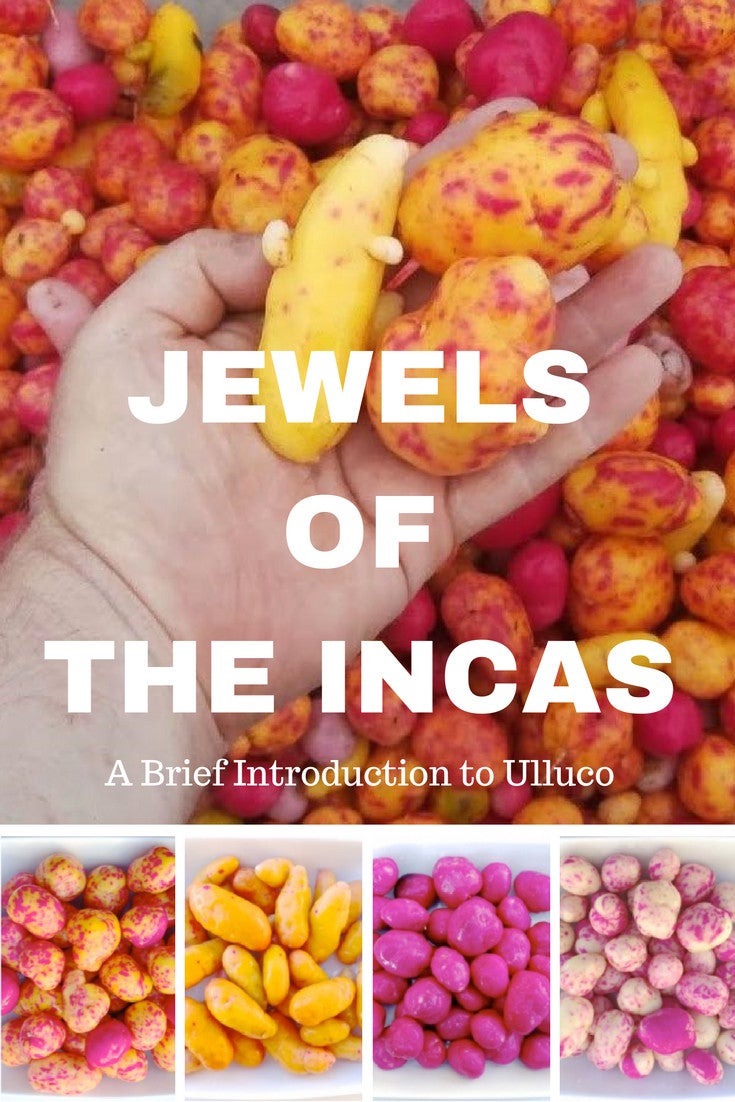 William Whitson is the owner and plant breeder at Cultivariable in Moclips, WA and is the author of The Cultivariable Growing Guide: Sixteen Rare Vegetables for the Pacific Northwest.Â  He works to bring unusual crops into wider cultivation, particularly those well suited to organic agriculture and perennial cultivation, and has released new varieties of oca, ulluco, mashua, and yacon for cultivation in North America.

For more than four thousand years, the peoples of the Andes had their own system of agriculture. Potatoes, tomatoes, peppers, and squash, among other fruits and vegetables, were unknown in the Old World. Then, the Spanish arrived in South America and everything changed, as we all learned in school. Most of us learned how the potato was brought to Europe and transformed agriculture. But most of us didn’t learn about the many, many fruits and vegetables that had been so carefully bred by the Incas and their forebears but eschewed by the Spanish and pushed by policy to the fringes of their civilization.

Ulluco (Ullucus tuberosus), pronounced oo-YOO-ko, is one such plant. It was grown in the Andes at least 2000 years before the birth of Christ. It is a widespread, well-known crop in the higher elevation of the Andes, where it is prized as a nutritious tuber that produces well in cool weather and poor soils. Did I mention that it is beautiful? Because, well”¦

You’re probably wondering why a crop that looks like that isn’t available in every supermarket in the land. The answer may be as simple as “the potato got there first.” People tend to be suspicious of new foods. The potato and the tomato both had to overcome quite a bit of suspicion in Europe before they were adopted and a flood of new foods from the New World might have been overwhelming. Ulluco was imported to Europe on a number of occasions, but never stuck. European prejudices may also have played a role: the upland tuber crops were largely considered to be peasant foods, grown by people who did not grow the introduced European crops due to difficulties of climate or antipathy for the foods of their invaders.

The potato has been adapted to European and North American agriculture over several centuries, while ulluco remained sequestered in the upland Andes the whole time. As a result, it is not well adapted to other climates. The good news is that there are climates that bear enough similarities to the Andes to make growing ulluco possible. You can grow ulluco outdoors in the maritime Pacific Northwest, coastal California, the South Island of New Zealand, much of southern England, and some of the coastal areas of Europe. The key feature of these climates is low summer high temperatures. Ulluco doesn’t like heat. If exposed to many days with temperature exceeding 80 degrees, it will either die or enter a survival state from which it never really recovers. There is a further complication, which is that it doesn’t begin to form tubers until after the autumn equinox (about Sep. 22) and therefore needs to grow until mid November to provide a good yield.

Ulluco tastes like beet, but is similar in form to a small potato. Each plant will produce up to 2 pounds of small tubers, mostly ranging from about Â½ to 3 inches in diameter. The tubers require no trimming or peeling, so the small size is no disadvantage – they just need to be washed and tossed into the pot. They are best prepared by boiling – either alone or as a part of soups or stews. They can also be eaten raw. A handful of small, raw tubers can add an amazing blast of color to salads. The leaves can also be used as a spinach substitute. 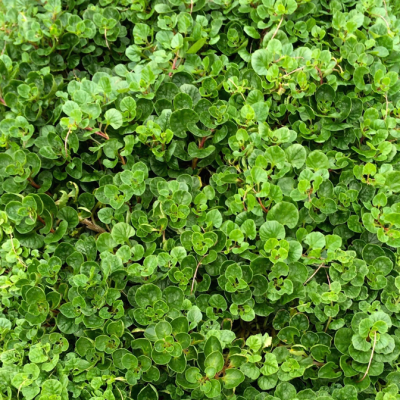 If you are lucky enough to live in one of the ulluco growing regions mentioned above, you are in for a treat. Ulluco is pretty straightforward to grow. It is planted from seed tubers, just as potatoes are. Plant size is similar to potato, although the plants sprawl and make an effective groundcover by fall. Tubers are planted a couple inches deep in spring after the last frost has passed and harvested typically a couple of weeks after frost kills the tops. Mid November is sufficient for a good crop, but the longer they grow, the better the yield.

If you don’t live in a climate that is ulluco friendly, there’s hope. Cultivariable currently has the only ulluco breeding program in the world and we hope to be able to introduce new varieties that are better adapted for North America.

You can read more about ulluco and purchase seed tubers at www.cultivariable.com. You can follow our plant breeding work at our blog and connect with us on Facebook and Twitter.