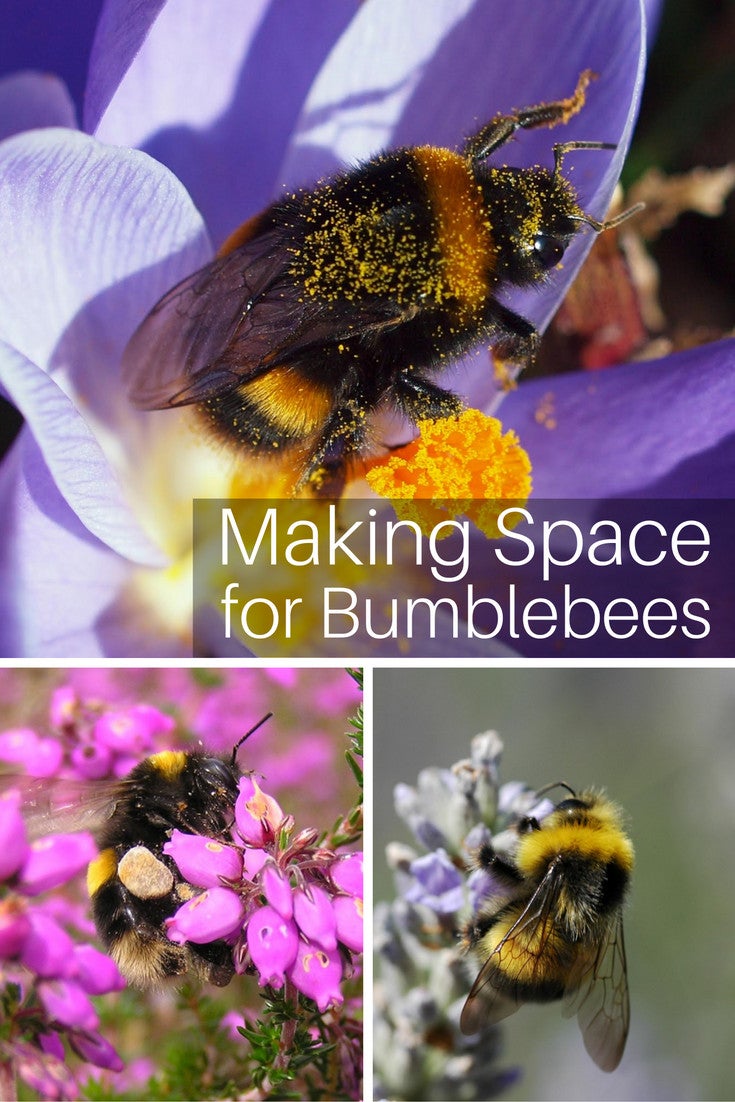 Anthony McCluskey has been working with bumblebees for over ten years, having studied them in detail during his Bachelor’s and Master’s degree research projects at Queen’s University Belfast, Northern Ireland. He works as a contractor with Bumblebee Conservation Trust, providing information on bumblebees and gardening for bees to the public. Anthony is a keen gardener himself, and has qualifications from the Royal Horticultural Society. He particularly enjoys growing plants from seed he’s collected elsewhere, and seeing if they grow in his garden in the Scottish Highlands.

Bumblebees are much-loved visitors to gardens, and their gentle hum as they fly from flower to flower is always a pleasant sound to hear.

Gardens are becoming more important for bumblebees and other pollinating insects as the wider countryside has become less hospitable for them. Most bumblebee declines can be attributed to the great loss of flower-rich habitats in the countryside, with pesticides and disease also playing a role.

We can help bumblebees in our gardens providing food for them right through the seasons when they are most active: from March until October for most places. In springtime, the large queen bees will emerge from their hibernation. Some will have spent over six months hibernating in the soil, surviving temperatures down to minus 19 centigrade by producing glycerol in their bodies, which acts as a kind of antifreeze.

So they’re in desperate need of sustenance, and some of the best sources of food come from plants which flower in early spring. Bulbs and corms such as crocus (Crocus species), Grape Hyacinth (Muscari species) Erythronium (sometimes called Trout Lily or Dogtooth Violet) are useful for them. Perennials such as early-flowering heathers (for example Erica carnea, and Erica x darleyensis) and Hellebores are also great additions to the early spring garden that will attract both bees and the earliest butterflies. One of the plants to have for an enormous amount of pollen is a willow (Salix). There are hundreds of species of willow, but look for those that produce the big catkins which are full of pollen.

The queen bees will then make their nests, often using abandoned subterranean rodent nests or cavities under sheds and paving. Some also nest in piles of moss or thick tussocks of grass, so it is useful to leave those in some quiet areas of the garden.

There’s a much greater variety of plants in mid- and late-spring that will feed the bees. Almost all fruit trees (including apples, pear, plum, cherry and almond) are useful for both nectar and pollen, and holly (Ilex) and Pieris japnonica will have little flowers packed with nectar. Good ground-cover options include lungwort (Pulmonaria) and bugle (Ajuga). Aubrieta is a nice plant for rockeries and pots, and some of the perennial cransebills (Geranium species) will be coming into bloom in spring.

Summer sees the first worker bees leave the nest. They will collect nectar and pollen to bring back to the nest, to feed to the queen bee and their nest-mates. Summer really is the height of the bumblebee season, and the list of plants which are good for bees is very long! Top recommendations for early summer include:  Aquilegia, Allium, Foxglove, Campanula, Catmint and poppies. The first roses will also begin to bloom. Any rose can be good for bees, as long as we keep it simple when selecting varieties for the garden: try to avoid those with the most tightly-bunched petals, which the bees just can’t get through. More open varieties are ideal, and there are thousands to chose from.

As the summer progresses the nest will begin to produce its first new queens and males – the reproductive offspring. At this crucial stage having enough food can make all the difference, so it’s essential that you have plenty of plants for bees in late summer and into autumn.

It’s hard to go wrong with Sedum, sometimes known as Iceplant. These are mostly succulent plants with thick leaves that store water, making them ideal for gardens that are prone to drought, as well as rockeries and pots. The flower colour range is limited (most are red, pink or white), but the leaves can also bring a great deal of interest. Sedum spectabile and its cultivars are most often sold in garden centres.

Many herbs that can be used in the home are also great food for bees, with oregano, thyme, echinacea, mint and lavender being easy to find and grow. A few of my own personal favourites include Jerusalem Sage (Phlomis), Cosmos, and any of the flowerings sages (Salvia nemorosa especially).

For climbers, try honeysuckle (Lonicera species) and Ivy. California Lilac (Ceanothus) will also grow up a wall, but isn’t suitable for the places which get the coldest winters.

At the end of summer most bumblebee nests will begin to die naturally, and only the new queen bees born that summer will survive the winter. After mating with a male from a different nest, she digs a hole in some loose soil and buries herself for the long winter.