The Evolution of a Gardener 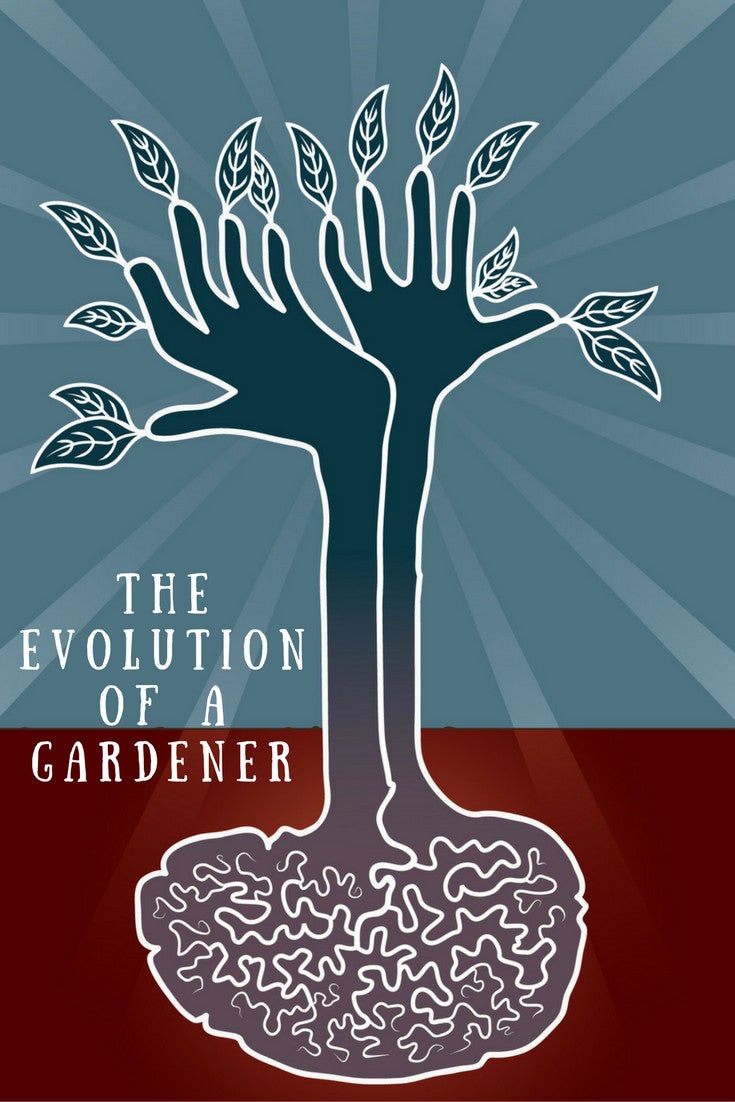 This week’s gardening guest blogger is Ginny Stibolt.Â  Ginny is a life-long gardener and earned a MS degree in botany at the University of Maryland. She’s been writing about her adventures in Florida gardening since 2004. She wrote “Sustainable Gardening for Florida” (2009), “Organic Methods for Vegetable Gardening in Florida” with Melissa Contreras (2013), and “The Art of Maintaining a Florida Native Landscape” (2015)–all published by University Press of Florida. In addition, she writes her own blog, www.greengardeningmatters.com.

Back in 2004 I was delighted at the prospects of having more time to garden and much more space. We’d moved from Maryland where the lot was only one tenth of an acre to north Florida where our house is on an acre and a half lot. After getting settled into our house, I began various gardening projects around the house including lawn reduction, rain garden installations, and crop plantings. This post is about the L-shaped bed next to the detached garage, also known as the garage-mahal. (As a gardener, I appreciate its half bath so I don’t have to make a trip inside when nature calls.)

This bed is not under irrigation while the rest of the yard is covered by an automated system with a pump out back that sucks water from the lake. (It’s a spring-fed and dammed lake with well-regulated levels. The outflows are adjusted for wet and dry seasons.)

The previous owners of the house had lain in woven weed barrier cloth and then covered it with red volcanic gravel. They’d planted some low-growing gardenias, geraniums, and a blue daze plant. It had also been over-run with Mexican petunias, which are classified as invasive in Florida.

So then I had an orderly container garden, which I kept up in various states until this year.

So what had changed?

I had. In 2006 I joined the Florida Native Plant Society and later I also heard Doug Tallamy speak and read his book “Bringing Nature Home.” I stopped trying to convert my yard to something from a gardening magazine or TV show that could have been in Anywhere, U.S.A., or at least anywhere in SE U.S.A. Except for my edible beds, I worked to create or allow an authentic Florida garden with mostly natives to my region to support the birds, butterflies, native bees, and other pollinators.

For the past few years I refused to pull up the tropical sage (Salvia coccinea) that had seeded itself into that bed: the hummingbirds, butterflies, and the bees just love this plant with its beautiful red flowers. The non-woven weed barrier cloth was worthless when seeds came in from the top and grew in the wood chips. I’d changed out the wood chips a few times over the years as they turned to compost, but weeds grew anyway.

Finally, I gave up on the container garden. I carefully removed the sage and other desirable wildflowers from the mulch and set them aside. I shoveled the composted woodchips onto a tarp and then removed the weed barrier cloth, again. Not only was it ineffective against the weed seeds from the top, but also the burrowing animals kept disrupting it. When I removed it, there was a maze of tunnels under it. The soil under the cloth was sandy and poor.

I shoveled an inch or two of regular soil I’d stored from another project into the bed and covered it with the saved composted woodchips. I replanted the sage and the other wildflowers in groups back into the bed and sowed some additional wildflower seeds from the Florida Wildflower Growers Cooperative, so I know the seeds come from Florida stock. I hand watered the transplanted flowers for a couple of weeks, but once established I know they can survive there in these semi-hostile conditions.

Now the bed will be kinda messy again, but this time I’ll love it. I’ll call it a cottage garden that hosts pollinators right near my edible crops. Native pollinators play an important role in my yard’s ecosystem, but they are also important for my crops. For instance, members of the squash family (squash, cucumbers, & melons) have separate male and female flowers and need to be visited by pollinators 7 to 9 times for a fruit to develop.

I’ve changed as a gardener and my landscape has evolved with me to become a more authentic Florida space. While the evidence of the gardener’s influence is obvious, my landscape has become more of a haven for birds, butterflies, native bees, bats, and other wildlife. Have you invited birds and butterflies to your yard?

Tell us what you think: Leave a comment
2 people are already talking about this.
Printer Friendly Version
Read more about Guest Gardening Bloggers
<PreviousNext>
Did you find this helpful? Share it with your friends!
FacebookTweetPinEmail