I Tend More Than A Garden 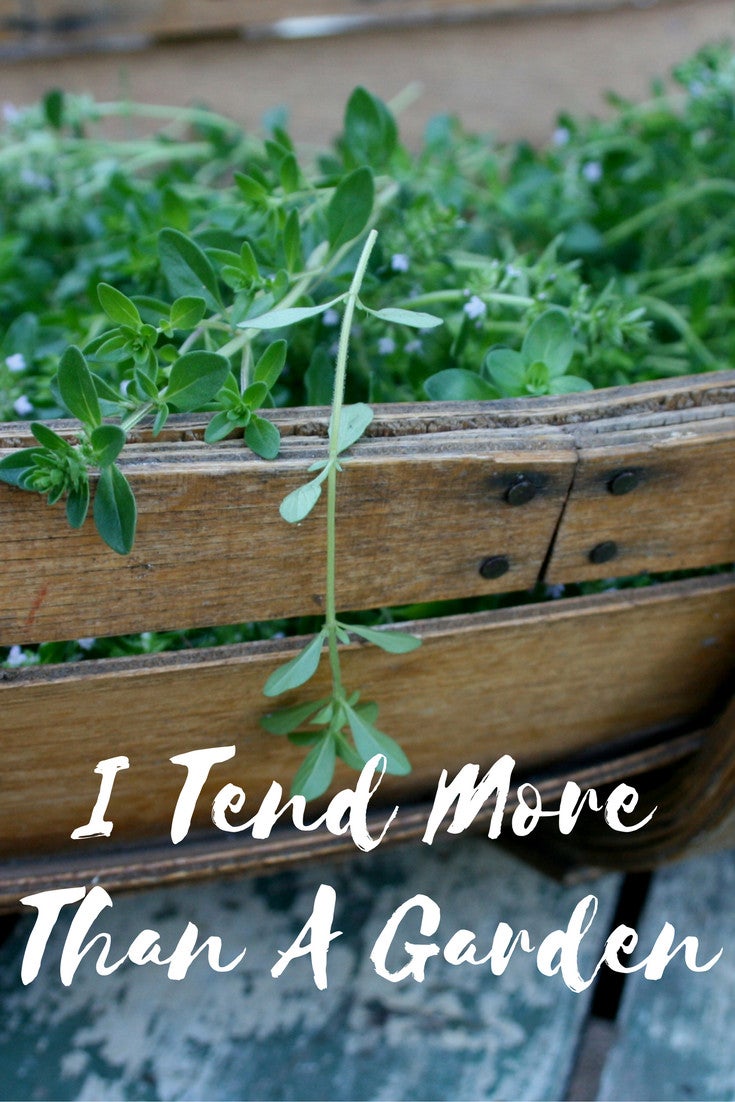 I, like many gardeners, spent summer days tending garden with grandparents and parents while growing up. The love of  sunshine and soil stayed with me and I have spent my life growing and gardening,  sometimes in just a few pots or window box, but when we found a spot of rural land in 2007, my true garden plans were given the room to grow. A potting shed, perennial beds and the perfect little greenhouse became my garden dream come true. In the spring of 2011, I decided to document my garden seasons in a blog. www.downtoearthdigs.com serves as a visual diary of the garden’s simplest chores and its rewards.

Please stop by the garden and take a peek over the fence, the tomatoes are just starting to ripen!

A shallow oblong basket made of strips of wood;
traditionally used for carrying garden flowers and produce.

Many years ago I was gifted a beautiful set of garden trugs.

They had served an elderly gentleman for many years in his garden.
His health was failing, his knees were weak and he used a cane to walk.
The garden had become too much for him to tend.
I never met him.
His daughter helped him gather up his garden tools and clean his garden shed. 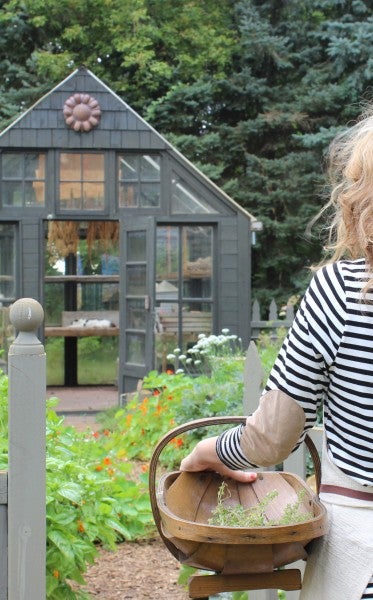 She walked into my flower shop one sunny morning with the nested set of garden trugs swinging at her side.
I greeted her and admired the baskets she placed onto the sales counter.
I assumed she wanted some flowers or plants to take home in her trugs.

It was then she told me about her elderly father and how he loved to garden.
He wanted his treasured tools and trugs to go to another.
She left them in my care.
I have treasured them ever since. 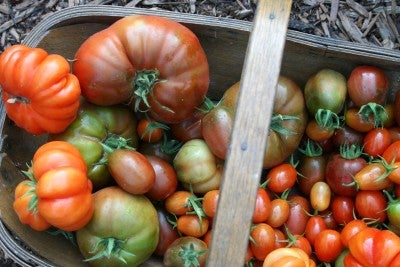 Those trugs have carried my tools and cradled my fresh picked tomatoes and garden produce from greenhouse to garden, from garden to kitchen.
I’m so glad I was asked to be the caretaker of these simple slatted baskets.
At the end of each growing season, I carefully scrub the two baskets and dry them in the autumn sunshine.
Before they hang in the potting shed for winter storage I brush a coat of linseed oil on them.
Not a garden season goes by without thinking of the elderly gardener that I never met.