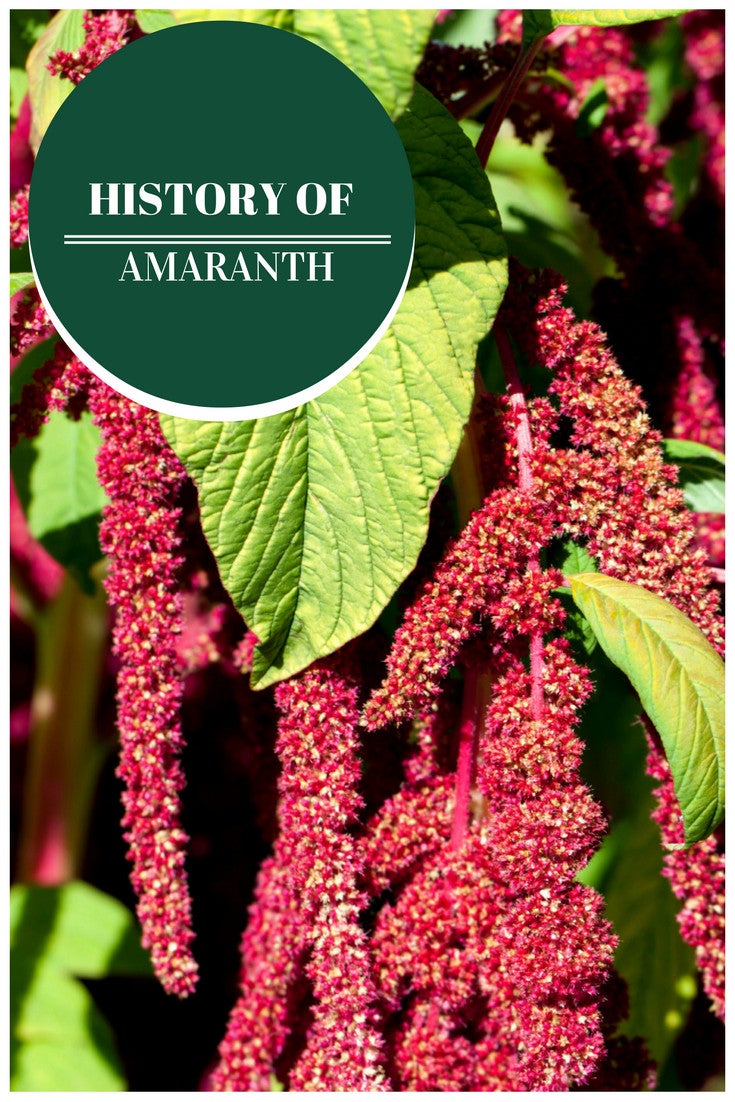 Amaranth (Amaranthus) is a large plant family consisting of more than 60 species – all stately annual plants with wide leaves and impressive red, purple or gold flowers. Although the plant produces a nutrient-rich cereal grain, it has been largely considered a weedy nuisance in the United States. In fact, one variety is known as pigweed for its tendency to sprout in pig pastures.

That aside, the plant has recently received recognition for its dietary benefits. Amaranth is a vitamin-rich, gluten-free, heart-healthy protein powerhouse. The greens are often used in cooking and salads, and the seeds can be ground into flour or used as cereal, much like quinoa.

The history of amaranth is interesting and not always pretty. Historians believe the plant originated in Peru. It was a staple for ancient civilizations, including the Mayas, Incas and the Aztecs, who used the grain in religious ceremonies. The plant was so sacred to the Aztec civilization that the grain was mixed with blood and formed into cakes to honor gods. The cakes were then consumed in religious ceremonies. Yuk, I know.

Amaranth continued to be an important grain until the arrival of Spanish colonists, who considered the practice to be barbaric (you think) and banned cultivation of amaranth grain plants. Fortunately, residents of hard-to-reach, mountainous areas continued to cultivate the plant. An ornamental form of amaranth was introduced to Europe in the fifteenth century and the plant continued to find its way around the world for the next 300 years. Today, it is grown in South America, China, India, the Czech Republic, Russia and the United States.

Growing amaranth grain isn’t difficult, but the plant requires a long, hot growing season that lasts at least 50 to 60 days. Plant seeds directly in the garden when the temperatures rise in late May or June. The plant needs deep, well-drained soil and plenty of bright sunlight. The plants will be taller and more robust if you amend the soil with organic matter, such as compost or manure before planting.

Amaranth seeds are ready to harvest in late summer or early autumn. Bend the stalk over a paper bag or bucket and shake the seed head to release the grain. If the seeds don’t loosen easily, let the bloom ripen for a few more days. You may need to tie netting or a paper sack around the blooms to protect them from hungry birds. If this is a concern, you can also cut the bloom and place it in a paper sack to dry for a few days, then shake to remove the dry seeds.