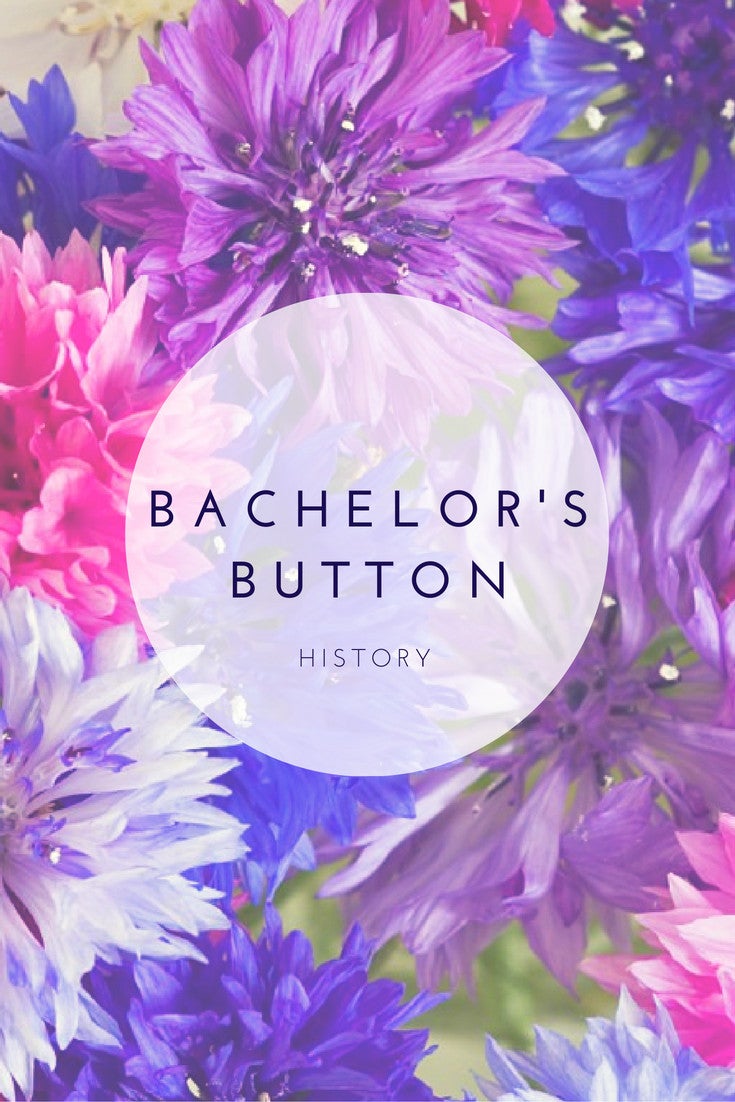 Why are these lovely, silvery-stemmed plants known as bachelor’s button flowers? Plant historians say that during the Victorian era, men traditionally tucked a bloom into a jacket buttonhole to let single ladies know they were available and unencumbered. Rumor has it that bachelor’s button was John F. Kennedy’s favorite flower, and that on the day he married Jackie, he wore a bachelor’s button boutonniere. Ah, Camelot!

Bachelor’s button flowers were reportedly found in the tomb of King Tut, who died in 1,340 B.C. Historians think that the flowers, woven into a wreath, were placed around the boy king’s head to ease his way to the afterlife.

Native to Asia and Europe, bachelor’s button plants were introduced to North America by European settlers in the 1600s, and today, they are grown around the world. The flowers are beautiful in bouquets and they are easy to dry for dried flower arrangements. They are also edible, with a slightly spicy, clove-like flavor. They are often used as a colorful garnish, usually to liven up a green salad. Many people like to brew the dried flowers into tea.

Bachelor’s buttons are easy to grow by planting seeds after all danger of frost has passed in spring. It grows in nearly any type of well-drained soil. This hardy annual requires full sun and tolerates hot, dry weather, but performs best with moderate water.