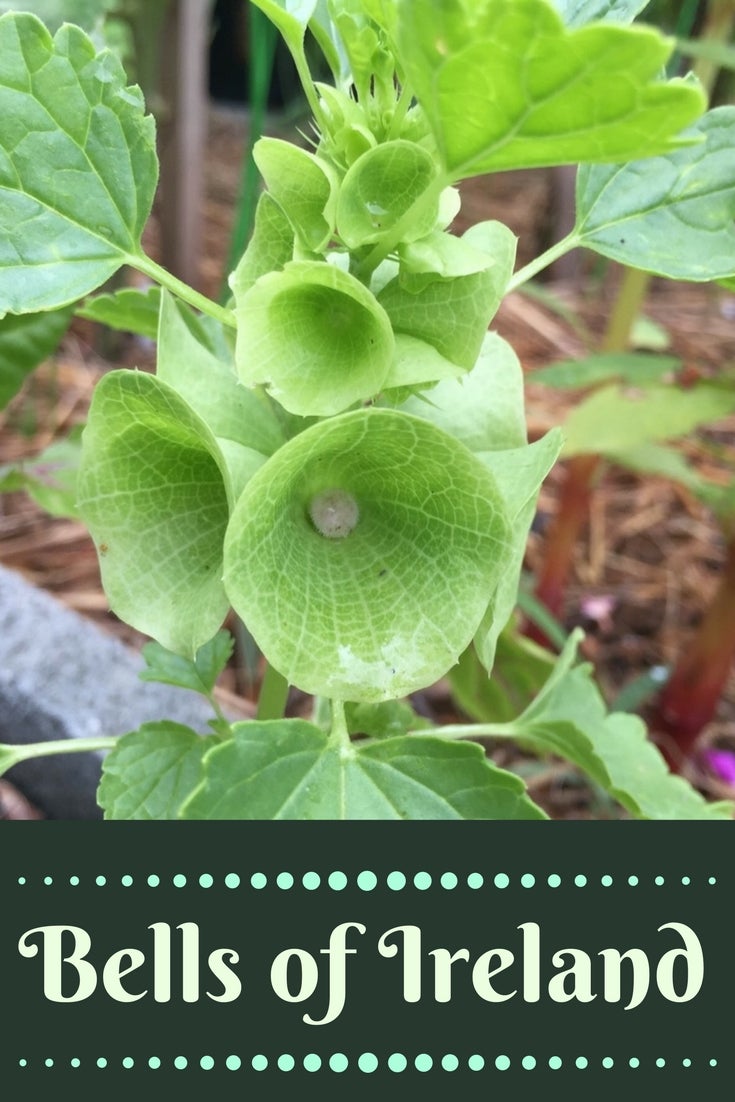 “May the luck of the Irish lead to happiest heights, and the highway you travel be lined with green lights,” says an Irish Blessing. Though, the name suggests it, Bells of Ireland plants (Molucella laevis) are not actually native to Ireland. They are native to Syria, Turkey and other eastern regions of the Mediterranean.

Bells of Ireland, or Molucella, has long been associated with Ireland, though, because they are considered a symbol of good luck and are mostly green. Even Linnaeus seemed confused about the origins of the plant when he named them Molucella, after the Moluccan Islands of Indonesia.

Perhaps the confusion is because Bells of Ireland have been widely cultivated all over Europe since the late 1500’s as an ornamental flower for fresh or dried floral arrangements. They were especially popularly grown in Belgium. Long before these plants were said to represent good luck in the Victorian language of flowers, they were used all over the world in wedding bouquets and arrangements to bless the couple with good fortune.

Bells of Ireland flowers are annuals that readily self-sow in most climates. Growing up to 3 feet tall, the plants sometimes require staking because, though they look woody, the square stems (reminiscent of members in the mint family) are hollow and easily damaged by wind. They have a unique light, sweet scent that also gained them popularity in floral arrangements.

The green bells are actually just the flower calyxes. Its flowers form inside these calyxes and are white or pink, and are small and inconspicuous. These small flowers also have two small thorns, so care should be taken when handling. The green flower calyxes or “bells” form all along the stems of the plant, like the flowers of foxglove. As the plant dies and dries, the “bells” hold their shape, which is why Bells of Ireland is also sometimes called Bellflower.

Bellflower can be sown directly in the garden but its seeds germinate best when they experience a few weeks of cold, or stratification, before being planted. You can place them in the refrigerator to simulate a cold period for 2-4 weeks before planting. Bells of Ireland grow best in slightly sandy soil, in full sun. To have the flowers blooming spring through fall, plant seeds every three weeks. They do not like much fertilization, so if you must fertilize, use a general slow release fertilizer.