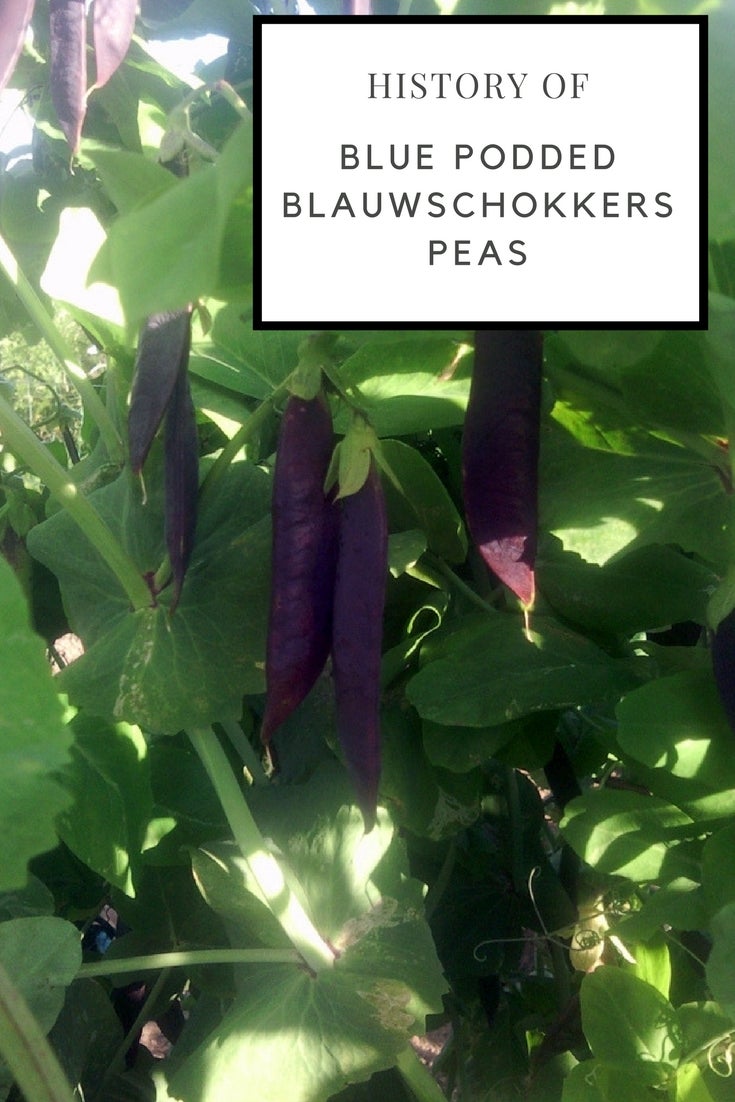 If you’re looking for a unique, heirloom pea that also has ornamental value, try blue podded blauwschokkers garden peas. The small, sweet smelling bicolored pea flowers, ranging from purple-blue to purple-white and pink-white, on this 5- to 6-foot tall vine are stunning in spring. The true beauty of blue podded blauwschokkers peas, though, comes when the flowers fade and become indigo blue pea pods – In fact, its name Blauwschokkers means “blue pod” in Dutch.

Blauwschokkers peas have been used in soups and stews in Holland and Germany since they were introduced by the Capuchin Monks in medieval times. They are sometimes called Capucijner peas because of this. Blue podded blauwschokkers garden peas were a staple food during times of famine in the Middle Ages.

Hardy in zones 6-9, blauwschokkers peas are a cool season vine. They should be sown directly in the garden in early spring. They do not like to be moved once they have sprouted. Seeds should be planted 4-6 inches apart, with supports for them to climb, in sun to part shade. For best results, soak seeds overnight before planting. Many gardeners like to inoculate peas with rhizobium bacteria when planting to increase yields.

Blue podded garden peas take 70-90 days to mature. They can be harvested when the pea pods are young and eaten fresh or used like snow peas. When allowed to fully mature, they can be shelled and used as soup peas. Mature, shelled peas should be soaked in water overnight before cooking.