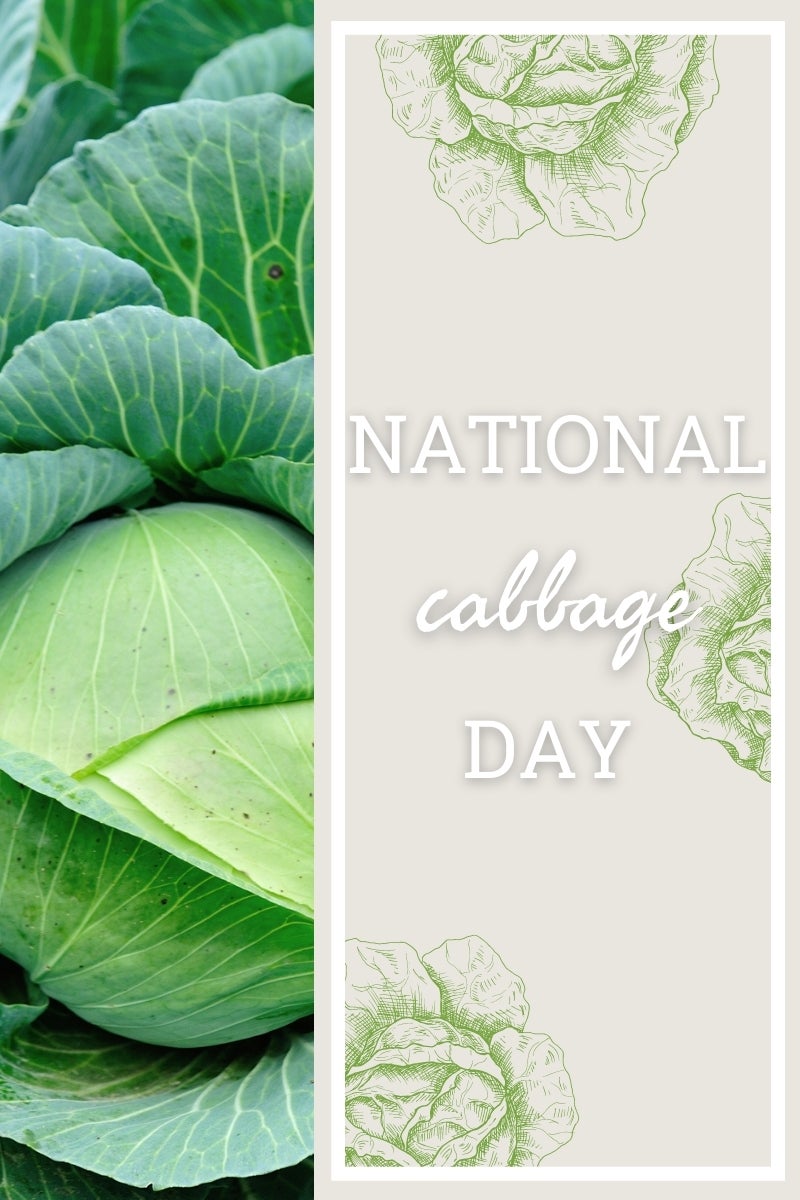 No matter which cabbage dish is your favorite, celebrate by whipping up a batch on National Cabbage Day (February 17)! This extraordinary vegetable is rich in vitamin K, with one cup (89 grams) providing 85% of the recommended daily allowance. Cabbage is low in potassium and calcium which is good news for those following a renal diet. Cabbage is also considered a heart-healthy food. Best of all, cabbage is a fairly inexpensive vegetable to serve.

Did you enjoy those fun facts about cabbage? In celebration of National Cabbage Day, let’s look at how this crispy, crunchy vegetable came into our lives. Here’s a rundown of cabbage plant history for you to digest while you’re planning that favorite National Cabbage Day dish.

When we look at the history of cabbage, we must first understand that many modern vegetables of the Brassica genus stemmed from what is known as wild or ancestral cabbage. These divergent species include kale, kohlrabi, cauliflower, broccoli and Brussels sprouts, as well as the heading cabbages we know and love.

Our love affair with cabbage-type plants began thousands of years ago, perhaps even dating back to the time when ancient humans first decided to grow their own veggies instead of roaming the countryside in search of edible cuisine. Ancestral cabbage plants are believed to have originated somewhere around the Eastern Mediterranean area of Europe, but their native habitat may have extended into Asia Minor as well.

Ancestral or wild cabbages were leafy plants, so it makes sense that kale was most likely the first to be domesticated. This divergence in the family tree resulted from the selection of plants with bigger and bigger leaves. If you like kale, you’re not alone. It’s believed gardeners have been growing this leafy green for more than 4,000 years.

Now, if you think it takes forever for the heads to appear on your home-grown cabbages, our gardening ancestors had a much longer wait. Further plant selection, and perhaps an unexpected mutation, eventually produced primitive forms of heading cabbage. Scientists believe this type of cabbage, which yielded a tight cluster of leaves at the top center of the stem, was possibly a distinct type by the first century CE.

It took a while longer for the distinctive hard-heading cabbages to appear. It wasn’t until the 13th century that round headed forms of cabbage are mentioned in literature. Written documentation from England places red varieties of cabbage in existence during the 1500’s. But it wasn’t until the 17th century when flat varieties of green cabbages were first described. Conical headed cabbages appeared the following century.

Today, there are over 400 cultivars of cabbage grown worldwide. So, whether you like the crinkly leaves of savoy, the conical shape of Early Jersey Wakefield or luscious color of Red Acre, there’s a variety of cabbage just for you. Now that’s something to celebrate!