All About Chamomile Plant History 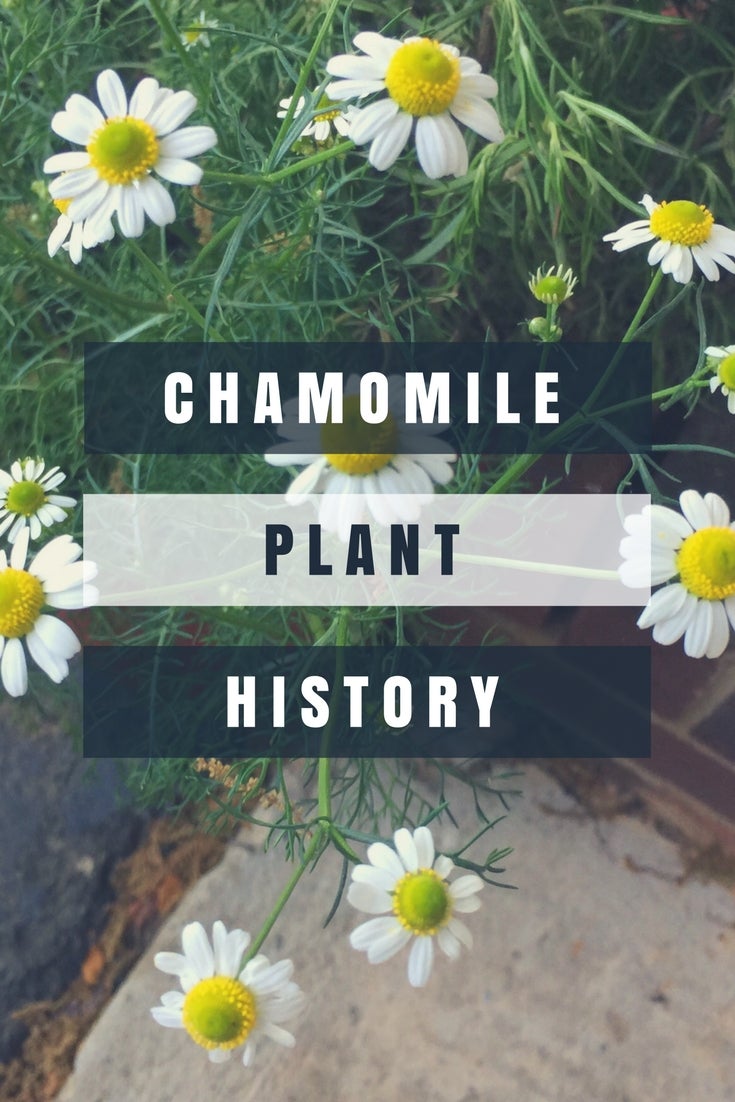 In flowerbeds full of showy blooms, the small, dainty blooms of chamomile can become overshadowed and lost amongst double roses, hibiscus, phlox, beebalm and other large, bright flowers. In fact, because chamomile so readily reseeds in any crack or crevice that it can, we often take this powerful little herb for granted. However, in cultures all over the world the herb chamomile has been highly revered and even worshipped throughout history. Read more about the history of chamomile here.

The plants that we generally hear referred to as the herb chamomile are actually two separate plants. Roman or English chamomile is of the genus and species Chamaemelum nobile. This is considered the true chamomile. It is a perennial that is native to Western Europe and North Africa. German chamomile, or Matricaria recutita, is an annual native to Europe and Asia. It is considered to be the false chamomile. Despite their many similarities, there are specific differences that can help in distinguishing between these chamomiles.

Because of their similar herbal qualities, both plants have been widely cultivated and used interchangeably. Both plants have also been associated with deities of the sun in many ancient religions. In ancient Egypt, chamomile was sacred to the sun god Ra and was highly revered over all other herbs. Chamomile flowers are found depicted in many ancient Egyptian hieroglyphics dating back to over 2,000 years. Chamomile was valued not only as an herb that could heal any ailments, but Egyptian nobility also used it in their beauty regiments.

Similar accounts of chamomile’s “heal all” herbal properties are found in ancient cultures all throughout both types of chamomile’s native ranges. Chamomile was listed as one of the nine sacred herbs of the Lacnunga, an ancient Anglo-Saxon herb guide. Ancient Greek physicians, like Dioscorides, made frequent mention of prescribing the herb chamomile for a variety of ailments. Medieval herbalists bred double-flowering varieties of chamomile to increase the plant’s healing parts, as it is the plant’s flowers that are used for herbal remedies. Chamomile plants were used as low-growing lawn plants throughout Europe and in parts of North America, long before the traditional turf lawn became popular.

Regardless of their rich histories as sacred powerful herbs, today chamomiles grow like weeds all over the world. They are low growing, tough little plants that rapidly reseed themselves and naturalize wherever their seeds find a sunny location to set roots. As Shakespeare described in Henry IV, chamomile plants thrive despite human neglect. Most readers probably have naturalized patches of these potent little herbs growing in their yards.

Chamomile plants are still widely cultivated for herbal use, though fresh chamomile from the garden is far more potent than the dried herb you can purchase as tea. Roman and German chamomile are used for their natural sedative, antispasmodic, anti-inflammatory, antiseptic, anti-allergen, antibacterial and anti-fungal properties. They are used to treat digestive problems, ulcers, menstrual troubles, allergies, asthma, arthritis, colic, headaches, insect bites, eczema, wounds, burns, eye inflammation, cold sores and most commonly anxiety. Most people are familiar with the calming, soothing effect of a cup of chamomile tea, and it is listed as one of the safest herbs to administer to young children. Chamomiles are also used in beauty products because they naturally soften and lighten skin and hair, and also treat acne and other skin problems.

Chamomiles are also known to have healing and soothing effects on other plants. As companion plants, chamomiles can prevent many fungal and bacterial infections in the plants around them. They also repel many insect pests. Chamomiles are known to improve vigor in their plant companions. In his 1911 publication of The Herb Garden, herbalist France’s A. Bardswell called chamomile “the plant’s physician,” describing the healing effects chamomiles have on their companion plants.

Next time you make yourself a nice, soothing cup of chamomile tea, also prepare one for that plant that always seems to struggle in your garden.