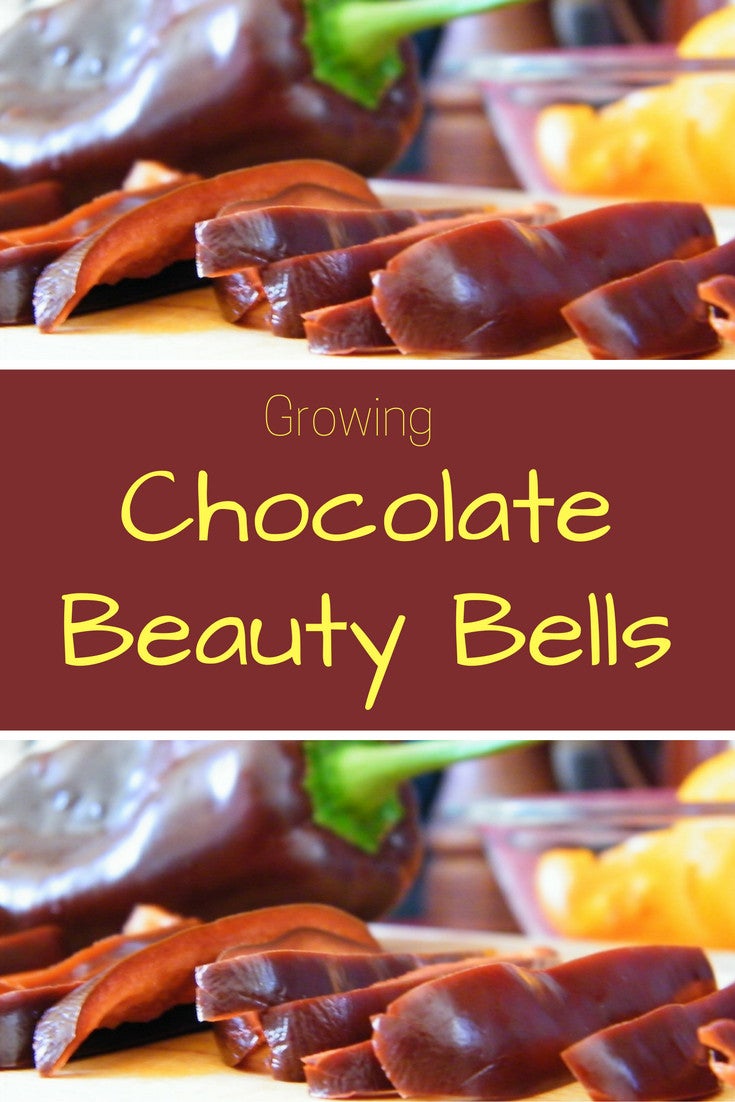 Who doesn’t love chocolate? Peppers that is. No, these lovely bells aren’t made of chocolate, though that would be nice, but carry the rich deep coloring of their namesake. Growing Chocolate Beauty bells requires full sun and 70 to 75 days to turn from a green pepper into the deep chocolate. The best flavor comes from the fully ripened peppers, so be patient before trying these addictive fruits. I know, it’s hard; but remember the old adage: “Patience is a virtue.”

About the Chocolate Beauty Bell Pepper

Chocolate Beauty bell pepper (Capsicum annuum ‘Chocolate Beauty’) is a relative of the sweet peppers that have been grown for over 7,000 years in South and Central America. One note on the history of Chocolate Beauty bell is that it was first mentioned in 1681 in Panama. Wow, that’s a long time. Sweet bell peppers are actually relatives of spicy peppers, but through evolution they lost the ability to produce capsaicin, which is the compound that makes the heat in peppers.

Portuguese and Spanish explorers may have been responsible for spreading peppers from the tropical Americas to the Old World. The Brown Beauties were originally grown in Holland, in hot greenhouses. They are the pioneers of greenhouse cultivation and have mastered the art of controlling temperature and light for different food crops, leading to a wide variety of food stuffs that are not native to Holland and could not grow outside in the climate.

Market name for the fruit is Brown Holland bell, but Chocolate Beauty is far more descriptive. It is one of the sweetest bell peppers when allowed to mature fully, and is most productive in areas with long season summers. That being said, Chocolate Beauty bells can be used as a standard green bell pepper when harvested early, especially if you find it difficult to wait for this tasty brown morsel of sweetness.

In many zones, growing Chocolate Beauty bells requires early starting indoors. The seeds need heat to germinate, but at least 3 Â½ months from seed to pepper. This means the soil needs to be warm at sowing, but that usually doesn’t happen until May in Northern and temperate regions. So, start your seeds 8 weeks before the last frost in a good seed starting soil indoors.

Place the flat or containers on a soil-warming mat in a location with temperatures of 70 degrees Fahrenheit (21 C.) for best germination. Keep them lightly moist, but not soggy, in full sun once seedlings have emerged. The seedlings need good air flow to prevent soil fungus. Transplant outside in prepared beds, 12 to 24 inches apart, in full sun.

The Holland pepper varieties, like this one, have a uniquely sweet, fruity taste, with a crisp, juicy interior. Perfect for eating raw, stuffing full or mixing in a stir fry!