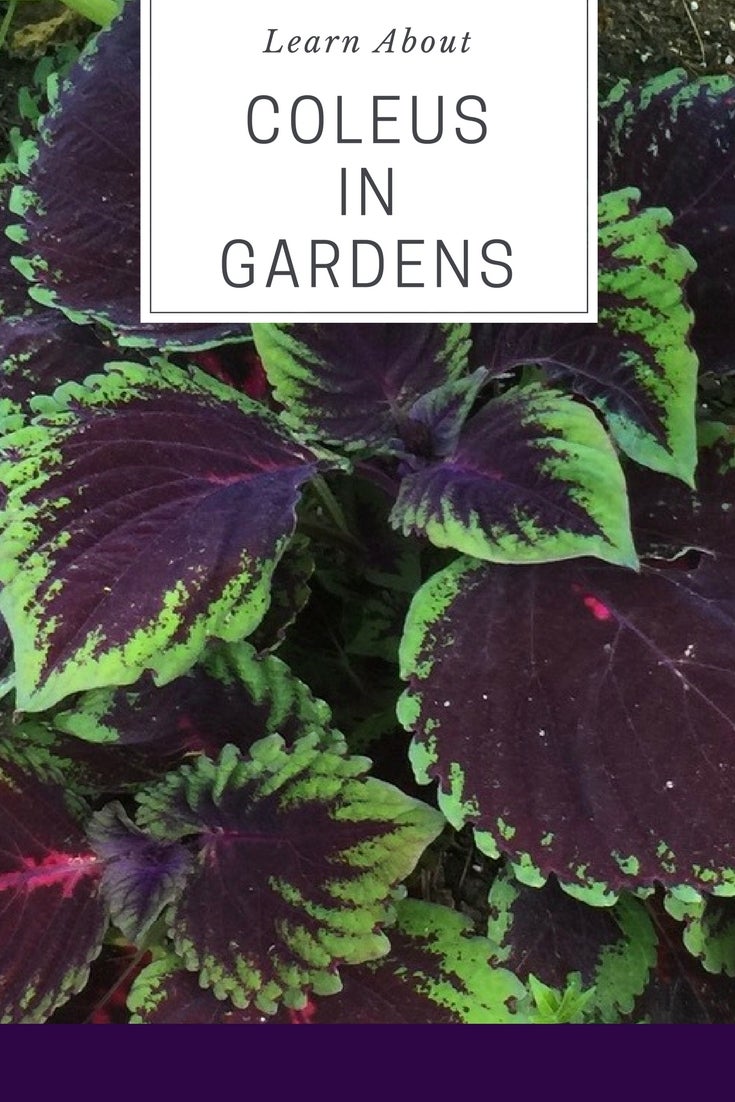 Coleus is a delightful plant to use in gardens and pots for diverse foliage. The leaves and varieties of coleus are so decorative and beautiful that most gardeners snip the flowers off as they grow so they don’t get in the way. Maybe you already love this leafy plant, but do you know the history of coleus?

Coleus was discovered in the west when Karl Ludwig Blume traveled to Java in the 1800s. At the time it was a Dutch colony and he found and named the plant Coleus blumei, or just coleus for short. That Latin name is now obsolete and the plants have been reclassified and renamed as Plectranthus scutellarioides, but we still just call them coleus.

The origins of coleus are not exactly known, but it likely first developed in Southeast Asia. Blume brought the plants back to Europe in the 1800s and they grew in popularity, hitting a peak in gardens during the Victorian decades of the later 19th century. Gardeners created multiple hybrids, which is why today we can find so many varieties of colors and patterns in coleus.

One of the most popular ways in which Victorian gardeners used coleus was called carpet gardening. They would design an elaborate pattern using different colors of coleus, creating a bed that would be best viewed from above. The popularity of coleus declined throughout the 20th century, but this beautiful and easy-to-grow plant is making a comeback now.

Growing coleus in gardens or in containers is easy and well worthwhile. You can find such a variety of colors and patterns, from rich burnt orange, to chocolate brown, red outlined with lime green, and so many more. These plants add unique visual interest to any type of garden and they are easy to grow.

In tropical climates, coleus is a perennial, but for most gardeners it can be used as an annual or houseplant. You can get starters from your local nursery or grow coleus from seed, which it will do readily. You can also start new plants easily from cuttings. Coleus grows fast and big, so when planting, give them plenty of space. Keep them well watered too, and provide partial shade. Pinch off young shoots and flowers for bushier growth and to keep the focus on the foliage.