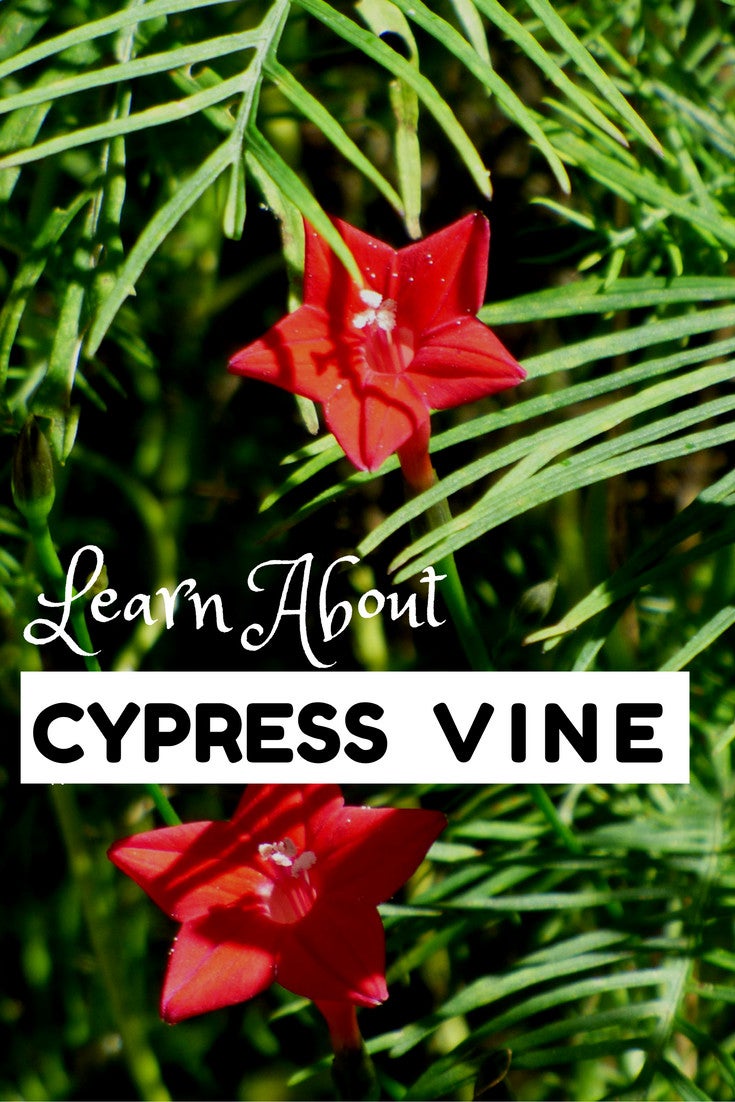 Ahh, the feathery-like foliage of cypress vines studded with brilliant red or pink blossoms livens up your entire garden. But what else is there to know about this long-time plant? Let’s find out.

Cypress vine history begins in the south of the country. Cypress vine plants are native to Central America, the northern tropics of South America, and Mexico. As early as 1790, cypress vine seeds had come to this country, and Thomas Jefferson sent some to his daughters for planting at Monticello. When you look into the origin of cypress vines in this country, you find that they were grown widely in Virginia during the 18th Century.

Virginia gardeners growing cypress vine flowers treated the plants as annuals. However, they are perennials in U.S. Department of Agriculture plant hardiness zones 10 through 11. This is no surprise given that the origin of cypress vines is in tropical climates. Even if you don’t live in the warmest zones, you may find that cypress vines reseed themselves in mild regions. In fact, cypress vine history in this country contains many stories of the plants escaping cultivation and moving into wild areas via seeds.

The vine has naturalized in parts of the United States, especially in southern states from Florida to Texas, and north to Kansas, Missouri, Illinois and New York. It is not considered too aggressive or dangerous, and does not crowd out native plants. However, in hot regions, like some parts of Australia, the vines are very invasive and considered an environmental weed.

One of the reasons that the vines spread so easily into the wild is that they are easy to cultivate and require relatively little maintenance. Cypress vine is a relative of the morning glory and, like that flower, it grows easily in average soil in full sun or partial shade.

For gardeners, the most difficult part about growing cypress vine flowers is making certain to site the cypress vine plant near an appropriate pole or other vertical support. If left to their own devices, they will grow on top of neighboring plants.

Among the delights of growing cypress vine flowers are the butterflies, bees and hummingbirds that the trumpet flowers attract to your backyard.