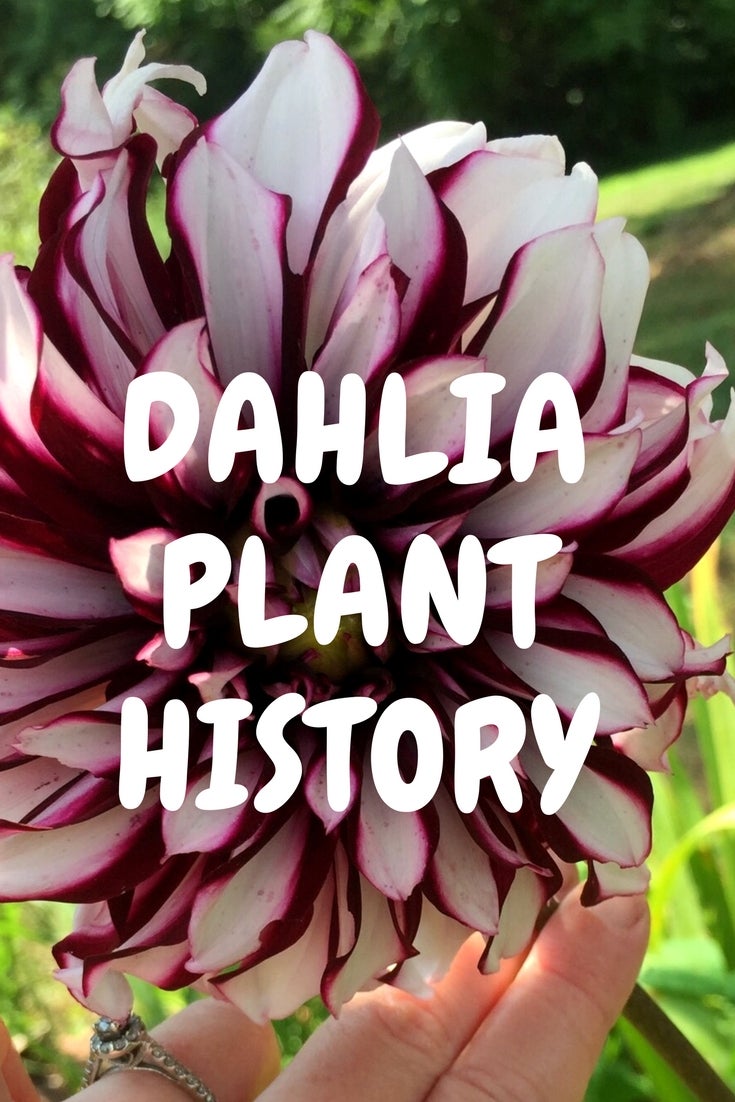 For centuries, dahlias have been a beloved garden plant throughout Europe and North America. With over 50,000 different dahlia varieties that bloom from spring to frost, there is a perfect dahlia for every garden style, even the vegetable and herb garden. Long before dahlias were grown simply for their colorful, long-lasting blooms, they were a valuable source of food and medicine in their native range. Continue reading to explore the interesting history of dahlias.

Dahlias are native to Mexico, Guatemala and other regions of Central America where they grow like weeds in open valleys. These native wildflowers were actually first cultivated by the Aztecs who held them in high regard and associated them with the sun gods. The Aztec people cultivated dahlias for their starchy, inulin rich tubers, which were eaten like potatoes but also used medicinally. The skin of these tubers have natural antibiotic properties, which were used to treat many illnesses. In addition, the inulin in the tubers can be converted into a natural sweetener. The Aztecs used the large flowers and hollow stems of tree dahlias to collect and carry water too.

Unfortunately, much of the Aztec’s historical dahlia uses were lost during the Spanish Inquisition. However, this sparked a whole new chapter in dahlia plant history. After the Spanish Inquisition, Spanish botanists were sent to Mexico to study plants which might be useful to Spain. One such botanist, Francisco Hernandez, studied and drew illustrations of these wild dahlias. His work, however, gained very little interest until many years after his death when another botanist published them. With renewed interest, Spanish botanist Antonio Jose Cavinilles acquired seeds from three varieties of wild dahlias and grew them at the Royal Botanical Garden in Madrid.

Cavinilles named these plants “Dahlia” after the highly respected botanist Andreas Dahl. Out of these three wild dahlia varieties, Cavinilles bred other unique varieties. They were such a big hit that eventually the Royal Botanical Garden of Madrid shared seeds with botanists in England, France and Germany. Soon botanists all over Europe were breeding and cultivating new varieties of dahlias. German botanists originally rejected the name Dahlia and, instead, classified the plant as Georgina. In some parts of Europe, dahlias may still be labeled as Georgina.

Naturally, with their popularity for long-lasting beautiful blooms, dahlia cultivars made their way back over the pond to the United States, where even more cultivars were created. The first Dahlia Society in the U.S. was started in San Francisco in 1917. Dahlias are now the official flowers of the cities San Francisco and Seattle. They are also the national flower of Mexico. Today, there are over 50,000 varieties of dahlias all derived from the three varieties that Spanish botanist Antonio Jose Cavanilles first grew in Madrid. Dahlias are now available in all colors except blue. Breeders are still creating new cultivars and working on creating blue, scented and frost hardy varieties.