Throw Back Thursdays
By Amy Grant | May 5, 2016
Printer Friendly Version 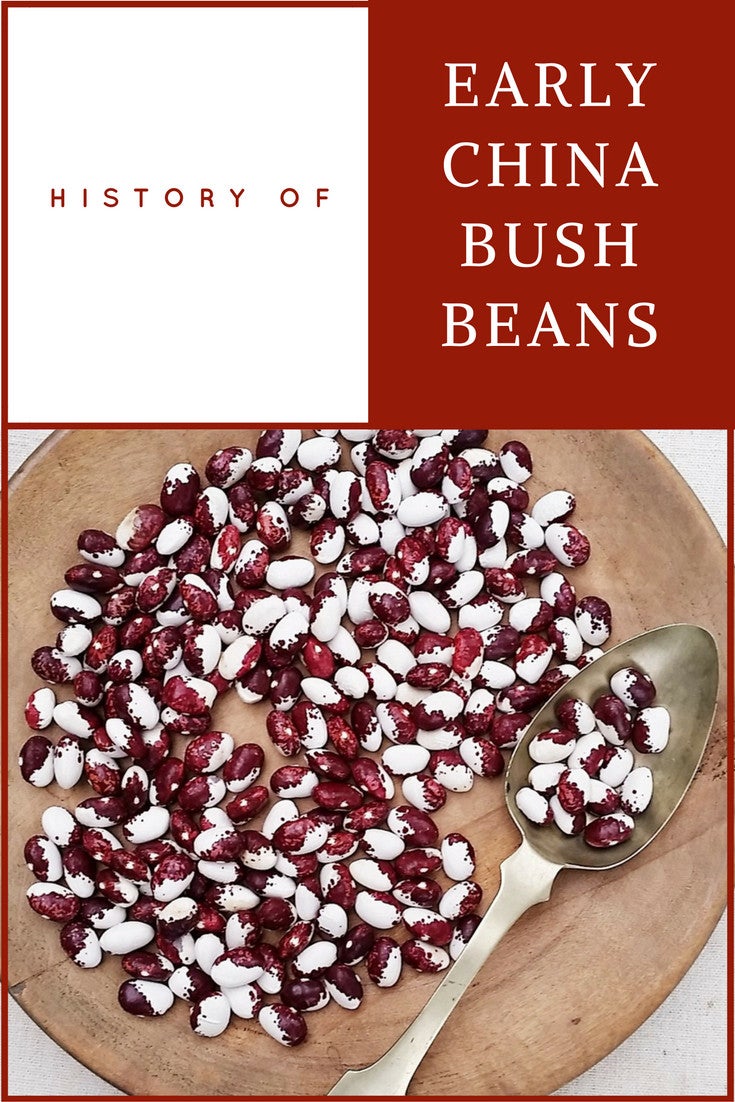 “Beans, beans, the musical fruit. The more you eat the more you”¦” If you are a Simpsons fan, you may be able to finish the lyrics ala Bart Simpson. This song was around well before the Simpsons aired because I recall my now 77-year young Dad singing it to my sister and me when we were as young as Bart is portrayed on the comedy. Beans, indeed, have an ageless history and have been an invaluable nutrient rich food for centuries. There are a plethora of heirloom bean seeds and amongst these are China Red Eye beans.

The name indicates that the beans hail from Asia, but this is a misnomer. The bean probably originated in South America.

Any further China Bush bean info can be gleaned from general information regarding other heirloom beans. All heirloom beans are a variety of common beans, Phaseolus vulgaris. Their species includes:

They all belong to the family Fabaceae, which includes:

Interestingly, other members found here are peanuts and kudzu.

Heirloom beans and the 200 varieties of P. vulgaris originated in the tropical southern regions of Costa Rica, Honduras, Guatemala, and Mexico. They were cultivated in these areas 8,000 years ago and spread to North and South America.

The explorer Christopher Columbus noted beans climbing alongside corn in Cuba. What he saw were no doubt the common beans cowpeas and fava beans. He brought some of these back to Europe after his second voyage to the New World in 1493. Bean cultivation spread like wildfire from there until today, when we are looking for an obscure heirloom by the name of China Red Eye bean.

Grow Early China beans in fertile, well-draining soil in a sunny area of the garden. Bush beans thrive in temps between 60-75 degrees F. (15-23 C.) with sun exposure of at least 8 hours per day. The soil pH should be between 7.5 and 6.5. Space China Red Eye bean plants 10 inches apart.

Water bush beans in the morning to thwart leaf diseases that thrive on wet leaves. Water until the soil is moist to 6 inches deep, one inch of water per week. Keep the area around the beans weed free. Fertilize the beans just before they bloom with 30-0-0 at a rate of one pound per 100 feet in a row. Water the fertilizer into the soil.

China Red Eye beans can be used as snap, shell or dry beans for cooking. They mature within 60 days. Snap beans can be harvested when the pods are still tender and snap when bent in half. Shell beans are ready when the beans are loose in the pods and dry beans should be left to dry on the plant.

These versatile beans sound like a winner for the garden and well worth the trouble of tracking them down.