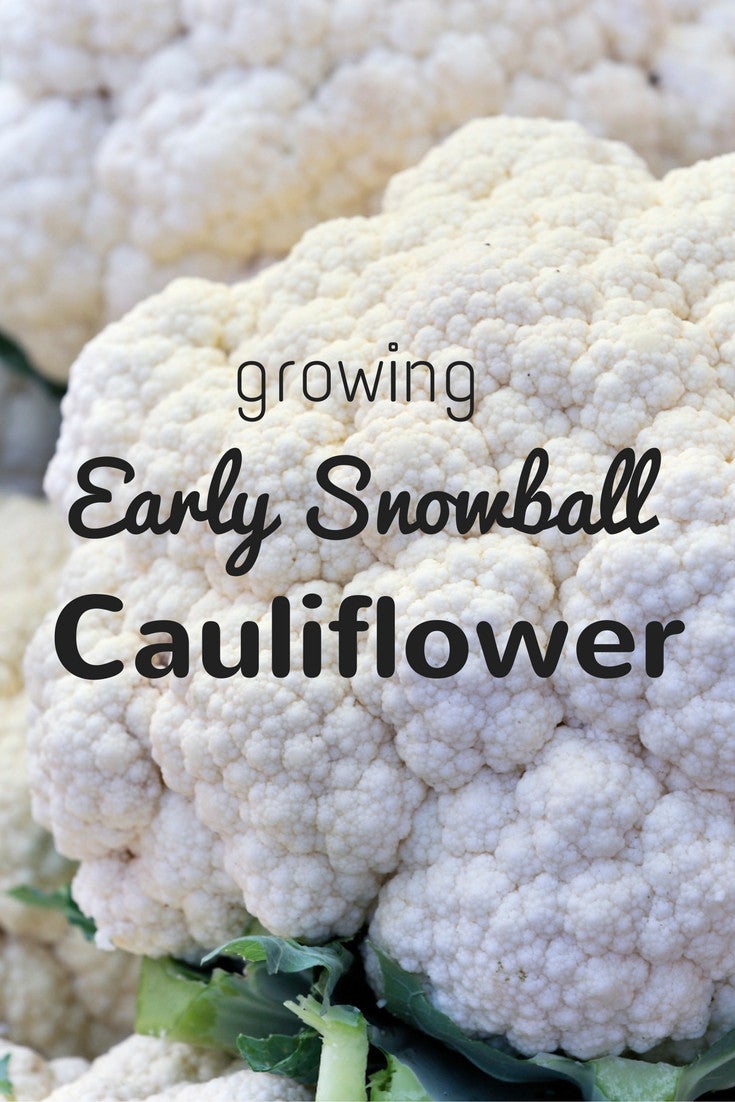 Cauliflower is one of my favorite veggies. I love it roasted with garlic and lemon then finished with a light dusting of grated asiago cheese. An excellent heirloom variety for growing is the Early Snowball cauliflower, so named since it begins to mature just 65 days after transplantation. That’s helpful to those of us who just can’t wait to sink out teeth into this tasty treat.

Early Snowball cauliflower plants were introduced by Peter Henderson and Company in the United States in 1888 where it became a popular varietal due to its beautiful, tightly formed heads and early harvest. The plants sport smooth 6- to 7-inch heads with compact white curds that are crisp, yet tender. I’m salivating already.

Early Snowball variety (Brassica oleracea) grows well in most climates; however, it thrives in cooler weather, making it the perfect varietal for growing in my neck of the woods, the Pacific Northwest. It is well adapted for forcing or over wintering for early crops in warmer climes.

If you are lacking an extremely long growing season, Early Snowball needs to be started indoors. Start seeds 4-6 weeks before transplanting outdoors. Plant the seeds ¼ inch deep and provide them with bottom heat and an overhead grow light while keeping the soil moist. Germination should occur between 8-10 days. Harden off the seedlings prior to transplanting by placing them for short increments of time outside, gradually extending the exposure from a few hours to a full day and then overnight. Transplant 12 weeks before the average first fall frost so the heads will mature during cooler temperatures.

If sowing directly outdoors, sow 1-2 weeks before the average last frost in your region in warm climates, or 10-12 weeks before the first fall frost. Sow seed in the early fall for winter harvest in USDA zone 8 or warmer. Seeds should be planted in groups of four, spaced 2 feet apart in rows 2 feet apart. Thin the seedlings when they are 2 inches tall.

When left to their own devices, cauliflower heads tend to have a yellowish or greenish look rather than the snowy white that Early Snowball cauliflower is known for. For a perfectly white head, be sure to wrap them, also called blanching, with its own leaves to protect it from the sun, which will cause discoloration.

Tell us what you think: Leave a comment
1 person is already talking about this.
Printer Friendly Version
Read more about Throw Back Thursdays
Next>
Did you find this helpful? Share it with your friends!
FacebookTweetPinEmail