Hey, This Happened: My Epic Garden Fail With Compost

Throw Back Thursdays
By Bonnie Grant | May 28, 2020
Printer Friendly Version 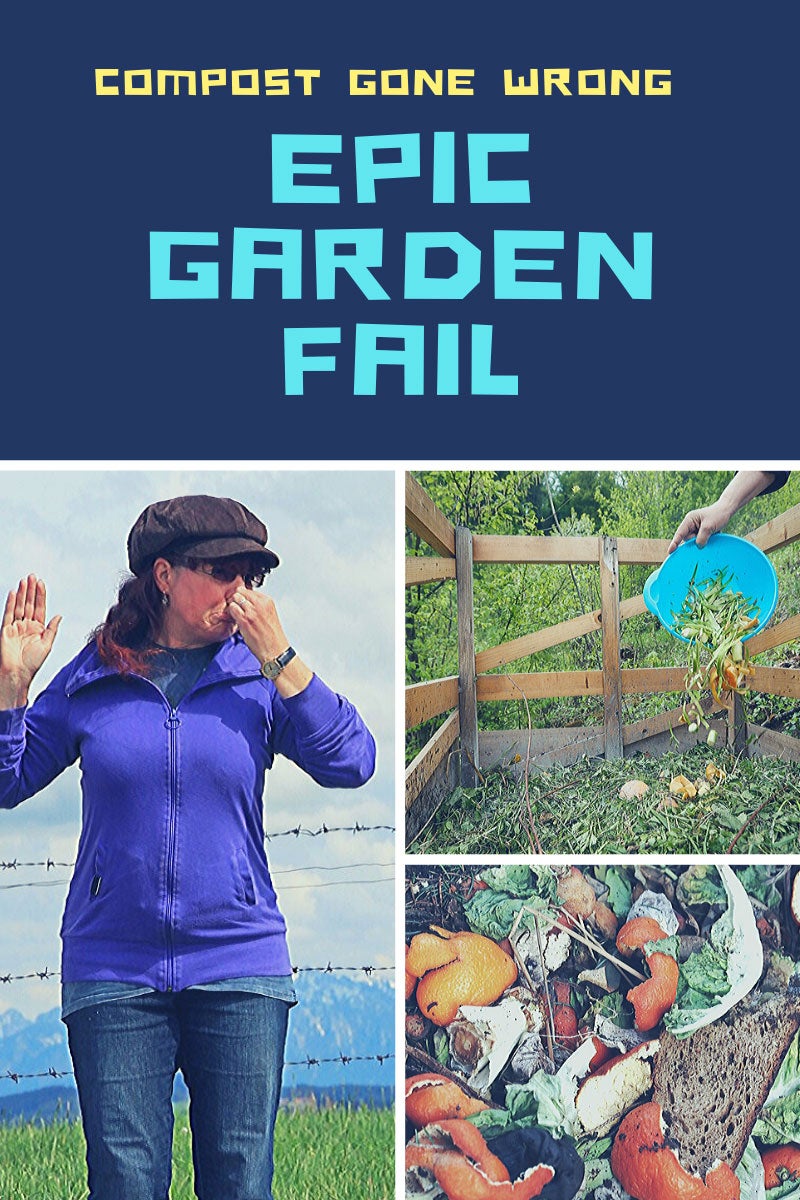 I know better, I really do. I have had compost bins, piles, and tumblers all my adult life, even when my city offered natural waste disposal. I would tend my organic garbage to use in spring to enhance potting mixes and juice up the vegetable garden. Compost really is black gold and has a variety of beneficial properties. However, the epic fail of 2016 resulted in moldy, stinky stuff. How did it happen? I was a lazy gardener.

When Things Went Wrong in the Garden

Most of us know the benefits of compost to our plants. Making compost isn’t rocket science but a few rules do apply. Aeration, moisture, balance of nitrogen to carbon, small pieces, and heat are all in the recipe. Seems pretty easy, right? But if just one of these necessities isn’t tended to, the resulting compost can be a disaster and useless. My garden fail was my compost site. In my defense, I was working more than one job at the time, but looking after compost only takes a minute. That out of the way compost pile flew out of my head with all the other garden chores.

Picture it. A neglected compost pile where any kitchen and plant material piled up. It was behind the garage where I didn’t have to look at it and received very little sun, ergo little warmth. It was also slightly under the eaves where natural moisture didn’t collect. To add insult to injury, I was just throwing all my organic material on top of the pile to get it out of the way. No heat, no moisture, little carbon, and no aeration. Among my many garden mistakes, I had broken most of the rules of a good compost heap.

One day, I decided it was time to do something to that heap. I took my pitchfork and went to turn the pile. The lower level was a slimy mess, barely broken down and growing a nice selection of weird mushrooms and mold. The top layers were dry, full of branches and things that were large and wouldn’t break down for years at the rate things were going. In my infinite wisdom, I decided to cut the big stuff down into smaller pieces and mix the whole mess together. I figured the wet and dry would mesh and natural composting would take place. Seemed like a reasonable assumption.

Once mixed together, the whole thing was really smelly, as I disturbed long buried odors and things that shall not be mentioned. The stink dissipated over time or else I got used to it. Anyway, once mixed together I forgot about the pile once again. About a month later, I took a batch of yard waste out to the area, and found that recent sideways fall rain had put it in a gooey, chaotic state. With no sun to dry and warm the area, but plenty of moisture, those mushrooms had taken over and fuzzy mold grew everywhere. Trying to turn the pile was Herculean, with the weight of all the wet material. It was also gross.

With some hope of saving my compost, I purchased compost starter. This is basically a mix of natural microbes and other goodies to jump-start the breakdown of organic matter. Did it work? Nope. The whole thing was hopeless and had to be scrapped. Bit by bit I added the mess to my yard waste collection bin. I feel a little guilty about this, as I didn’t want the mold to take hold in our municipal compost system. Hopefully, my little bit of slime and fuzz didn’t contaminate it and was finally broken down properly.

Today, I use a tumbler for kitchen scraps and a 3-bin system for yard waste. I am religious about adding torn newspaper and other paper scraps for carbon. I keep it lightly moist in summer so the beneficial organisms can keep moist and cool, as well as aerating it regularly so oxygen can get in to the helpful little guys.  None of the maintenance takes long, but it must be done. The results are the black gold I was seeking and my garden is happier for my efforts.

Things went wrong in the garden, but I learned from it and am now a happy composter.