Flax Plant Uses Through The Years

Throw Back Thursdays
By Bonnie Grant | May 11, 2017
Printer Friendly Version 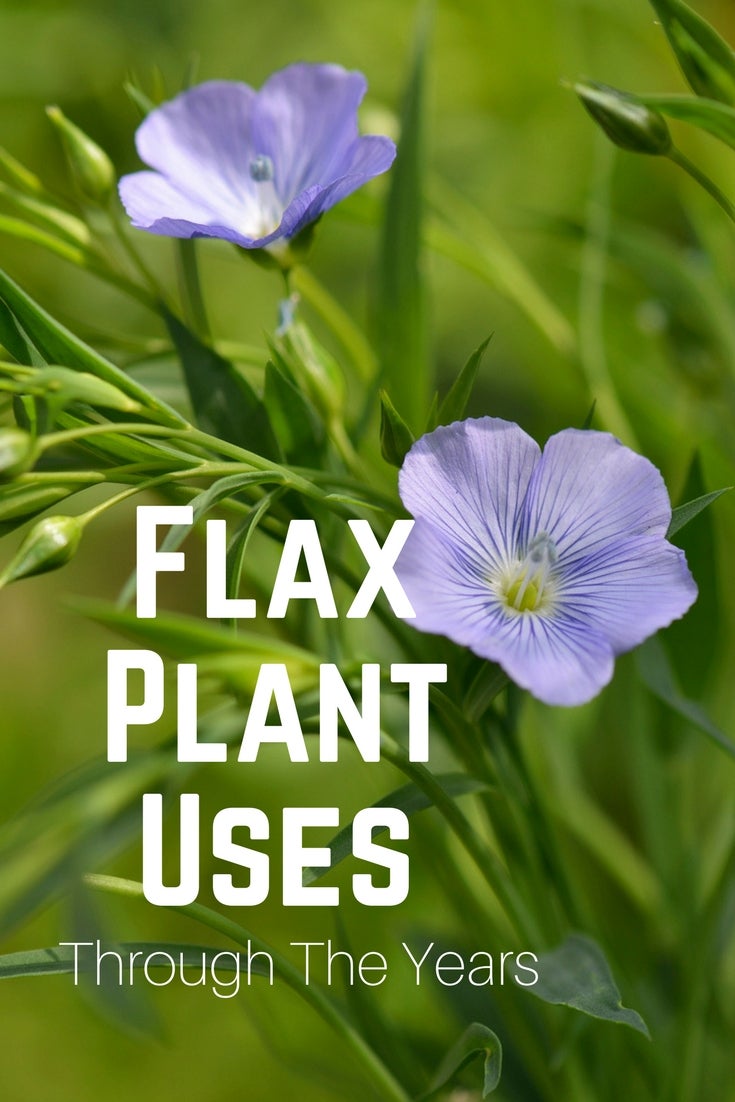 Most of us are familiar with a common product of flax – linseed oil. It has been used as a drying agent for paint, varnish, lacquer and ink. Yet, its early origins as a commercial crop are from 1793, and the plant was cultivated during the ancient Egyptian times when its fibers were made into cloth in which to wrap mummies. Most fascinating is flax’s boom and bust period in the United States. Up until the early 1800s, it was commercially widespread but about the time of the invention of the cotton gin, production declined drastically.

Common flax (Linum usitatissimum) may have been one of the earliest plants domesticated and cultivated. There is evidence that it was used by Neolithic Swiss Lake dwellers and later, in as early as 3,000 BC, it was a common plant to make twine, nets and cloth. Flax is widespread, both as a crop and as a wild introduced plant in North America, but it is really from the Mediterranean. Today, you can find it commercially in Minnesota and the Dakotas but larger productions exist in China, Egypt, Belgium, Russia and France.

The flax seed plant is an annual to semi-hardy, short lived, evergreen herbaceous plant that may reach up to 47 inches tall. It is quite a pretty little plant with showy periwinkle blue-petaled flowers, which may also occur in white, red or yellow. The crop was brought to North America as a forage, pharmaceutical, fiber and for its oil, among other flax plant uses. The plant prefers sub-tropical to temperate regions where there is a long flax plant history of its practical use. The blue form is also called woody flax and may be a nuisance weed in the western states.

You can recognize plants that are not in flower by their narrow, alternate leaves that attach without petioles. The lovely flowers hang in racemes and become small capsules, whose seeds are mucilaginous when they become wet. Interestingly, the plants are fire resistant due to leaves that stay wet and green during the fire season.

Flax is a useful forage for livestock and wildlife in early spring and birds enjoy the seed capsules. But its real use was as a fiber for cheap cloth. The American settlers were sick and tired of paying for British goods and the attendant taxes, and flax was thought to be a cheap fabric substitute. In a way, it was since the fiber grows 20% stronger when it is wet but most wearers didn’t go around with wet clothes and the overall quality of the fabric was poor. Add to the inferior quality was the plant’s harvesting difficulties.

Flax was harvested by hand pulling and then spread out to dry. The fibers were pulled with a broad comb and could take several weeks to finish. The whole process was a real pain in the “you know what.” Stems were removed and the fibers combed 3 times before the fibers were spun in to thread. The overall process was long, tedious and yielded fabric of questionable quality and definite roughness.

Modern flax use is radically diminished. North Dakota is the United States center for production of the plant, which is mostly used to extract the oil. However, interest in flax seed as an herbal medicinal has been on the rise. Flax seed has high dietary fiber, Omega 3, alpha linolenic acid, and is rich in potassium. The seed and oil have potential to improve heart health and it is an important ingredient in many cosmetics.

Growing flax plants for oil and holistic health is only now resurging as a potential cash crop. Further testing of the plant as a possible mental health assistant, prevention for certain cancers, cholesterol regulator, and blood pressure stabilizer are combining to give the crop a resurgence. Small farms are getting in on the action and natural, organic methods have become the cultivation rule of norm.

They’re also quite pretty just to have growing in the garden too!