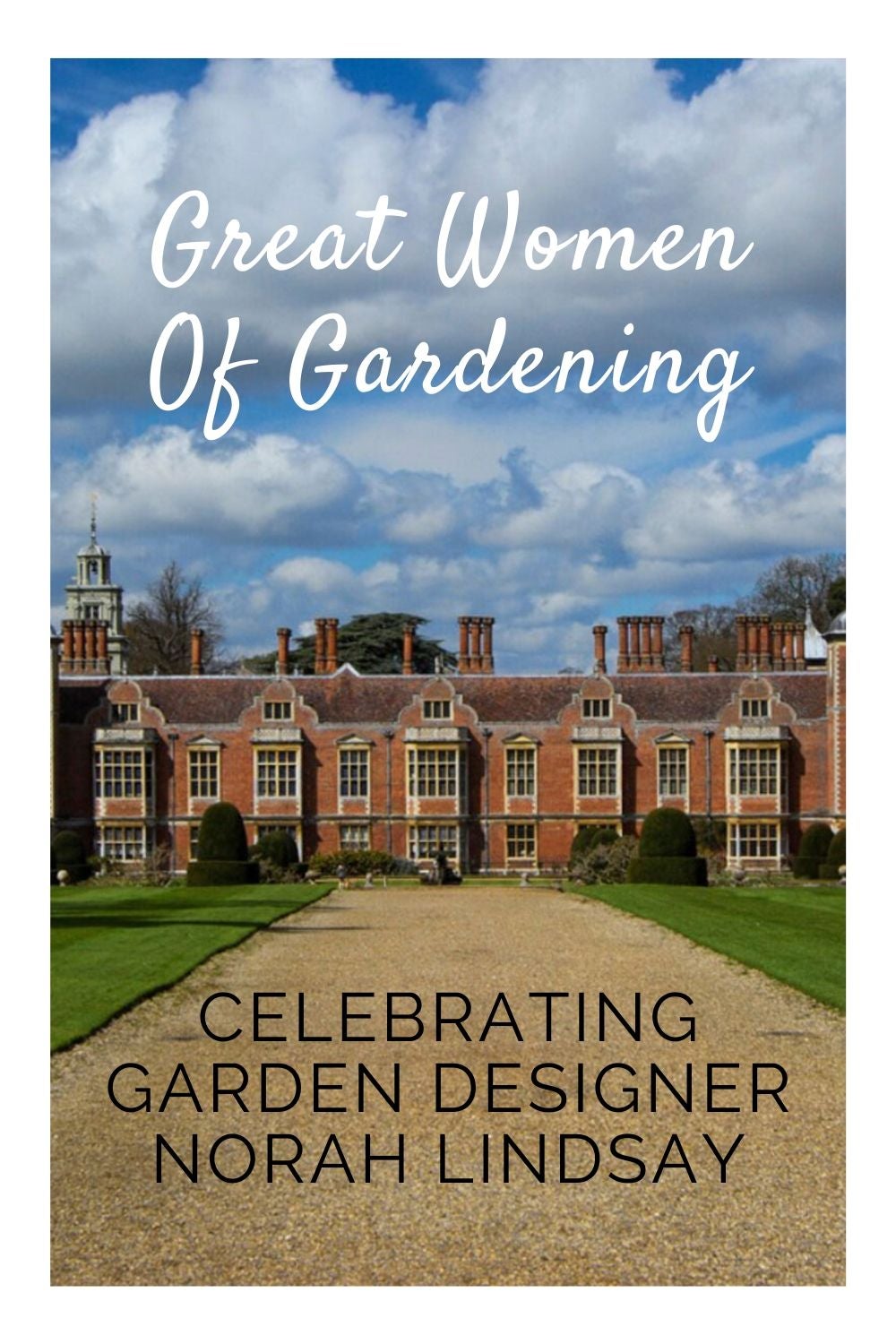 Women gardeners from long ago were not as common as one might think. In fact, it was nearly impossible for any woman, regardless of her social standing, to work professionally in the horticultural field, let alone design gardens, until the early 20th century. This to me, as I’m sure many others, must find it appalling to imagine a world where sharing your love of plants and gardening was frowned upon unless, of course, you were male. But, alas, this once male dominated domain has come a long way thanks some famous female gardeners unafraid to do the unthinkable.

Of these strong women of gardening was Norah Lindsay. And this is her short but sweet story that has helped inspire a number of budding gardeners, and even a few seasoned ones like myself.

Norah Lindsay (1873-1948) was the absolute hostess, both charming and talented, a role her upper-class mother orchestrated in order to vet a successful marriage. And marry she did at the age of 22 to Sir Harry Lindsay. Harry’s cousin, Lord Wantage, gave the couple the Tudor-era manor house in the Oxfordshire village of Sutton Courtenay as a wedding present.

It was here that Norah thrived by revamping the various gardens into the style of then current guru, writer and naturalist Gertrude Jekyll. Jekyll was famous for her artistic approach to gardening, creating unique plant combinations and borders of flowering shrubs, perennials and annuals that elicited the picturesque paintings of Renoir or Monet. As Norah tended her plants and developed her skills, this place would soon become regarded as one of the most beautiful gardens in England.

By all accounts, the marriage was a success, until it wasn’t. By 1924, the marriage failed and after her divorce, Norah’s finances were precarious to say the least, so she began to use her social pull and gardening insight to help turn the tides into her favor. She soon acquired paying gigs that doubled as an outlet for her artistic zeal. Commissions to design gardens at home and abroad soon poured in and, for the next two decades, her garden design career flourished with projects ranging from British manor houses to intricate gardens in the United States.

While these commissions kept her going, money was often tight and she depended on the kindness of her friends and clients, often staying at one or the others’ homes. In fact, it is said that she traveled in a gypsy-like fashion from one garden site to another, working with different soils and in varied climates. No one was unhappy to have her as a guest, however, due to her exuberant style both in the garden and of her person, as she was easily likeable. And gardeners thought she was fantastic not only because of her magical garden designs but her vast knowledge of plants and avid interest in everything to do with gardening. She was often seen mucking about with a trowel herself.

Unfortunately, the only Linsday garden surviving today, at least to some extent, is at Blickling Hall, a National Trust property in Norfolk, England which was designed in the 1930’s. Her legacy lives on regardless, lingering in lush, romantic planting combinations often designed or mimicked by the late Rosemary Verey, a devotee of Norah Lindsay.