Where Do Garden Superstitions Come From, And Are They True? 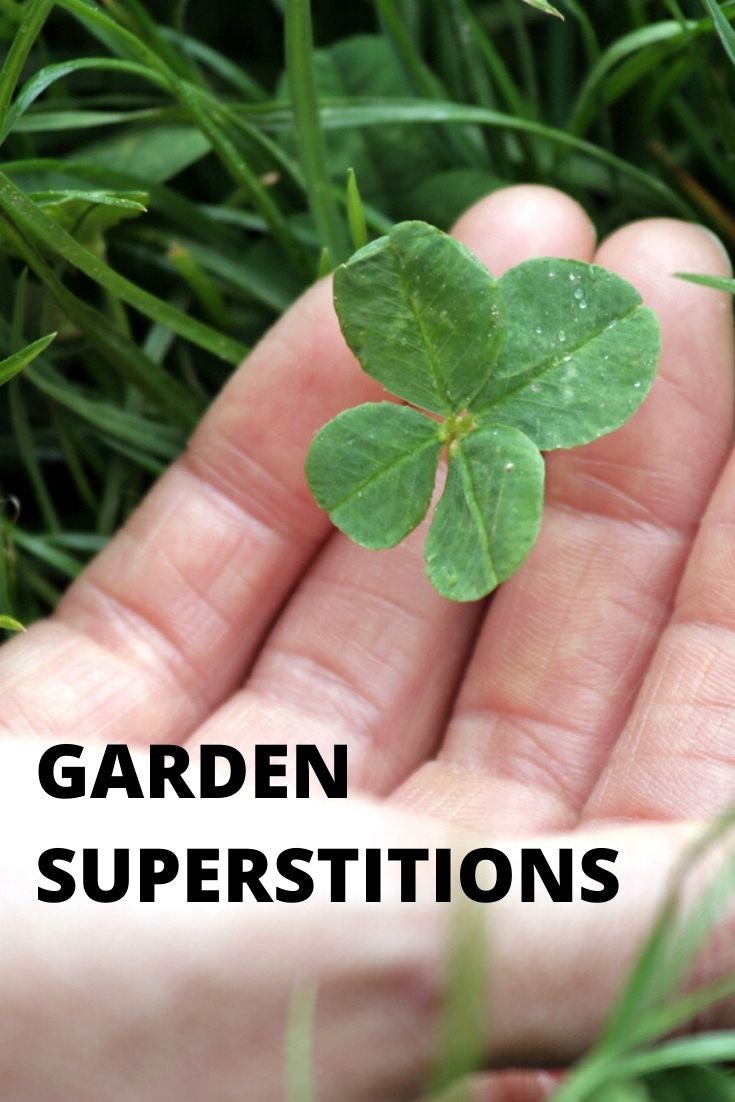 Gardening is one of the oldest human practices. For not much less time than we’ve existed, we’ve been growing our own food. That means there’s been a lot of time for myths and superstitions to build up around the process, and with the weight of history behind them, it’s tempting to believe a lot of them are based in fact. And some of them are”¦ sort of. Let’s take a look at some of the most common gardening myths, and whether they actually hold any water.

Plant Superstitions: Are There Good and Bad Plants?

There are a few plant superstitions that are so pervasive we all take them for granted. Who doesn’t know about lucky four-leaf clovers, for example? But do you know the root of this connection? Supposedly, when Adam and Eve were evicted from the Garden of Eden, Eve picked a four-leaf clover to take with her as a souvenir. Today, when you find one of these little guys in the grass, you’re finding a piece of paradise.

While this is definitely the best known plant myth, there are countless others. Roses are supposed to bring love (that’s still common enough), fennel is meant to repel evil (maybe a little rarer), and basil is supposed to pick out a good romantic partner, as it’ll die in the care of someone who isn’t pure (hopefully no one’s still trying this one).

Many other plants even have a dark nature, as pointed out in The Garden Crypt, which explores this darker side and other garden superstitions. For example, did you know that hemlock (Conium maculatum), which most know as being poisonous, was also once believed to be a plant associated with witches and the devil as a means of conjuring demons? And more common flowers like chrysanthemums and lilies have been associated with bad luck or even death.

While there’s plenty of folklore surrounding plants, the practice of gardening itself is full of quirks and superstitions. One of the most common is the belief that if a gardener gifts you a plant, you should never thank him or her for it. Feel free to thank them for the lovely pot it comes in – just don’t mention the plant, or it won’t grow! This is traceable to the myth that if you steal a plant, it will grow like crazy and infect your guilty conscience.

Since you would never thank someone you’ve just robbed, you’re essentially tricking the plant into thinking it’s been stolen to make it grow better. There’s probably no truth behind this one, but better safe than sorry, right? Also, never insult a plant in someone else’s garden, even if you think it’s a weed, and never ask for a plant you haven’t been offered. These are longstanding traditions, but they mostly just serve as good tales with no real scientific truth behind them.