Old-Age Advice And Gardening In The 1950s 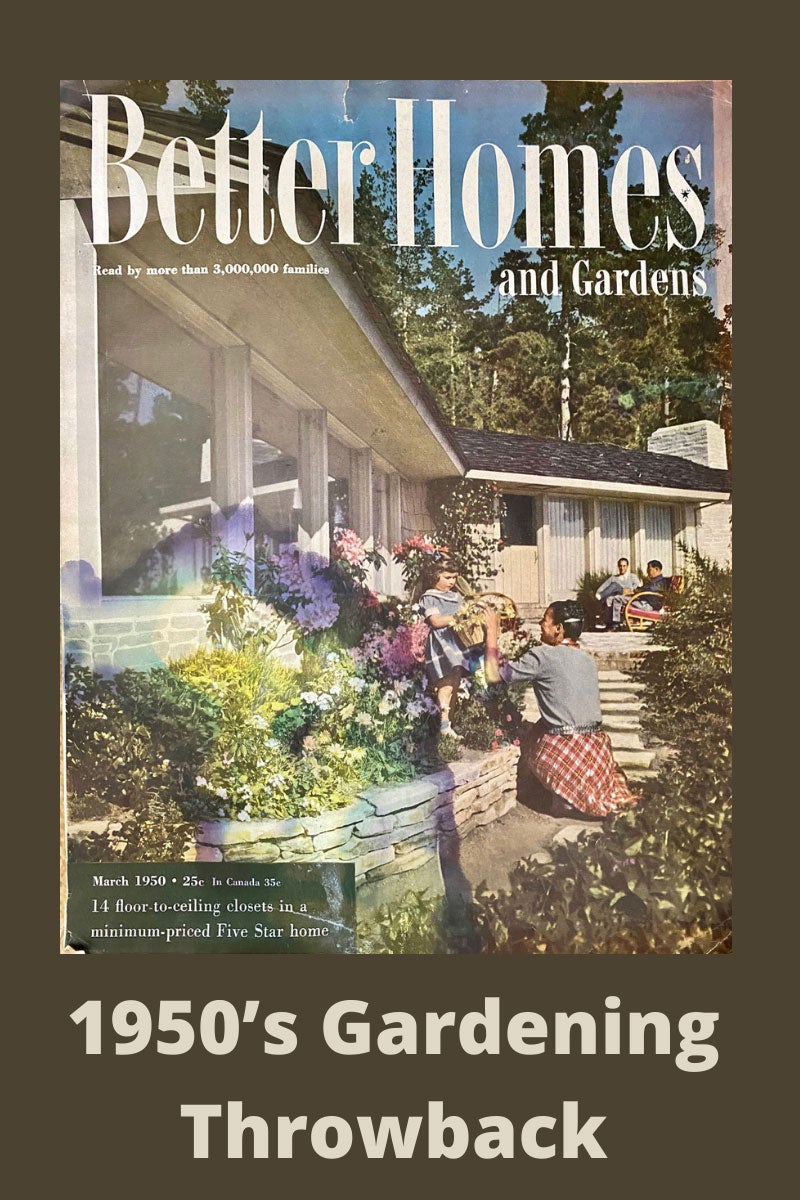 I’m not sure what it is exactly, but there’s something about 1950 that strikes a chord in me – and I wasn’t even around yet. Heck, I even wrote an article on creating a 1950’s garden – at least how I’d like to anyway. Perhaps, it’s knowing that 50 has special meaning to me this year as I hit the half a century mark. UGH! Whatever it is, when I had the chance to thumb through a vintage Better Homes & Gardens magazine from, you guessed it, 1950, I was excited!

Surely, anything from long ago must pique your interest. For example, have you ever wondered how that gardening advice from back in the day, like nana’s magic cure for pesky weeds or grandpa’s secret fertilizer, holds up today? Well, I happen to love these quirky tidbits of info, true or not. So, as I scanned this vintage find and other similar resources to see what, if any, old-age advice on gardening from that time was available, I literally felt like a kid in a candy store.

Gardening has been around a long time, though maybe not in the way we now look at it. Still, the general process of gardening hasn’t really changed much over the centuries. You sow seed or plant something, give it water, feed it, care for it, and it grows. The same can be said of curiosity”¦ once that seed or idea is sown, feed it with info and let it blossom. Who knows how it will turn out, but isn’t the journey still fun?

What I discovered about gardening in the 1950s was basically this, which I think still holds true today: people wanted simpler things with less chaos. What does that mean? There was a lot going on back then, as there usually is in every time period. Gardening in the 1950s was influenced by various events and changes. Other than the popular Victory Gardens brought about from rationing and vegetable gardening during the World Wars, I don’t think many people really knew what landscapes were for.

Unlike today, plant options were limited but as I looked through old images, including old family photos, many budding gardeners seemed to have a fascination with big, showy plants and flowers – like hydrangeas and roses. Lawns were kept perfectly manicured. Chemicals for maintaining lush green grass and pest control were popular. Boy, if they could see mine, I think they’d scream. No chemicals here and no perfect lawn either!

Here’s some other interesting things that I found, including old-age advice and tips: