Garlic Plant History: Learn About The Origins Of Garlic And Its Uses 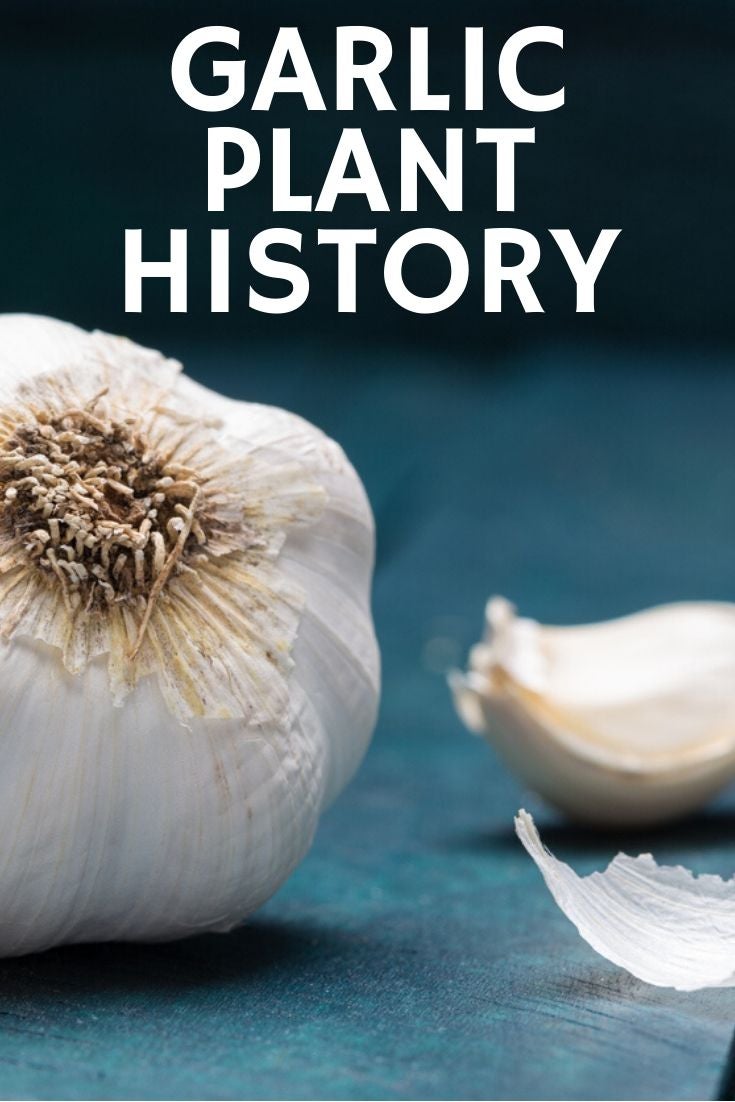 Whenever I think about garlic, my thoughts instantly turn to using it to ward off vampires. It is unfortunate that this has always been my biggest takeaway about garlic, considering the enormous role that it has played in spiritual, medicinal and culinary persuasions throughout the course of history.

Garlic is one of the world’s oldest horticultural crops and there are over 600 cultivated sub-varieties of garlic in the world. In the United States alone, there are 24,000 acres of garlic planted annually which produce 400 million pounds of garlic. As you can see from these statistics, garlic is a very significant crop and the importance of garlic in culture throughout the ages has never been understated.

In garlic plant history, the garlic crescent alludes to more than just flavorful rolls. The Garlic Crescent, a region that spans across Asia and west to the Mediterranean, is where the origins of garlic began, courtesy of nomadic hunter-gathers who transported it and dispersed it throughout the region five thousand or more years ago.

Important trading centers were located near the Garlic Crescent, which enabled garlic to spread across Eurasia. Given that garlic can grow almost anywhere, it was planted everywhere it was traded, thereby securing garlic’s foothold across Eurasia and in history.

Archaeological evidence suggests that garlic was worshiped by the ancient Egyptians. Paintings of garlic were discovered in Egyptian tombs and clay models of garlic bulbs, as well as preserved garlic, were unearthed in Tutankhamen’s Tomb.

The pyramids, one of the 7 wonders of the world, are another footnote in garlic plant history, as slaves building the pyramids were apparently fed garlic to increase their strength and stamina. The ancient Greeks and Romans also recognized garlic as a performance enhancer and both civilizations made it part of the military diet. The early Greek Olympians even consumed garlic before they competed.

From ancient to modern times, garlic seems to have a solid reputation as being good for you by expelling bad entities and bad health. Earlier on I alluded to garlic being used to keep vampires at bay, but how did this become the stuff of legend and folklore in the first place? Some historians suggest that this possibly originated with the rabies disease.

Vampire epidemics seemed to come on the wave of a rabies outbreak because humans afflicted with rabies had a tendency to bite other people. Rabies is transmitted by saliva, so naturally this bred more “vampires.” It was noted that these “vampires” seemed to have a hypersensitivity to pungent smells, such as those from the stinking rose, or garlic. Over the course of time, garlic was also used as an umbrella insurance policy against werewolves and evil spirits in general.

Modern day medicine reveres garlic for its health benefits but this notion isn’t new by any means. Throughout ancient and modern times, garlic was prescribed and utilized to prevent and treat such a wide variety of ailments, infections and diseases (and even bubonic plague) to the point that you would think the catch-all phrase “take two and call me in the morning” was alluding to garlic cloves! The famed Greek physician Hippocrates was even an advocate for garlic, recommending it for pulmonary ailments, abdominal growths, and treating sores, just to name a few.

It is interesting to note that Russia played a role in growing the North American supply of garlic. A few varieties of garlic were introduced to the United States during the colonial period; however, it wasn’t until 1989 that we were truly able to tap into the bounty of the most prized garlic varieties in existence in the Caucasus Mountains in the former Soviet Union. Up until the Soviet Union dissolved, this area was off-limits, as it was home to Russia’s missile bases and their spaceport.

After the collapse of the Soviet Union, the USDA was allowed entry, under the surveillance of a Russian military escort, to procure garlic at night from the numerous villages along the Silk Road. Upon returning to the United States, the USDA contracted with several local growers to grow the new varieties of garlic. The growers got to split the bounty with the USDA. These new varieties were replanted, traded with other growers, and the rest you can say is history.