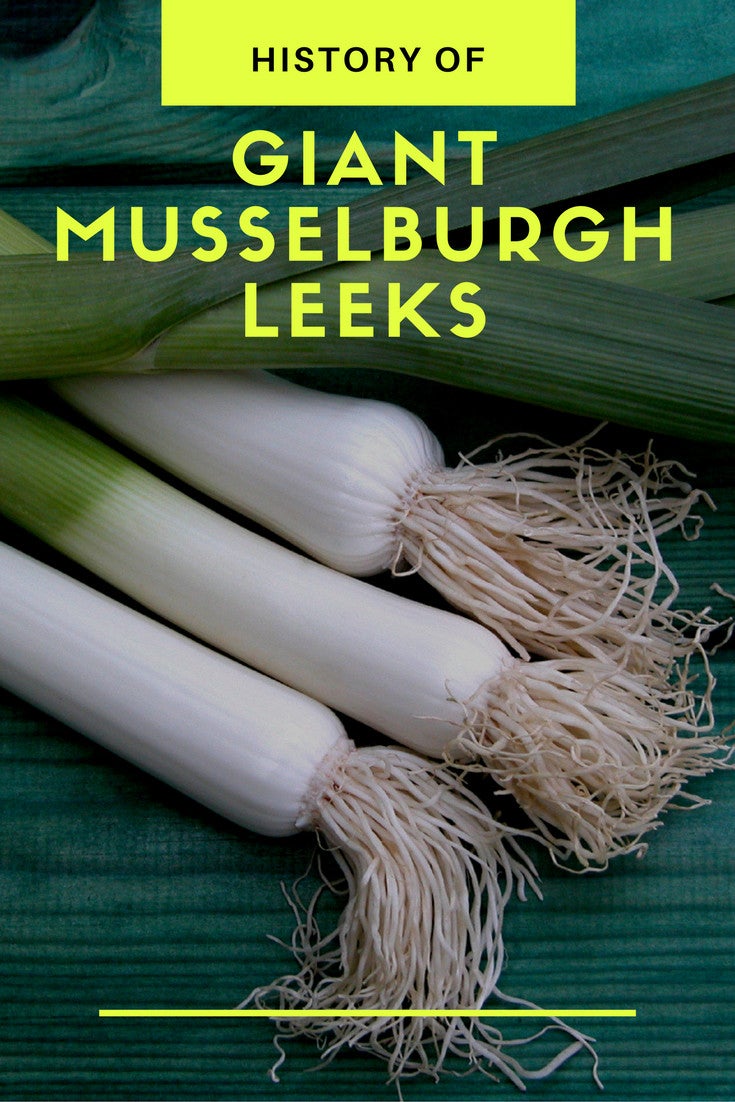 I’ve been growing leeks for a few years now with some degree of success. My leeks may not be the largest, but they are tasty and keep us in comforting potato leek soup in the fall. Size has never been an issue really, although I would like to get MORE out of my leeks. Perhaps, I should try to grow Giant Musselburgh leek plants next year. What are Musselburgh plants and what other Musselburgh leek plant info can we dig up?

Giant Musselburgh leek plants are sort of one of those slightly forgotten heirloom leek varieties that is regaining some popularity. This leek is a member of the Allium family and its botanical name is Allium ampeloprasum var. porrum. This might be helpful if you are looking to get seeds since misspellings of its common name are rampant and it is also sometimes referred to as Scottish flag, Scotch flag and even American flag. The “flag” reference is due to the large fan shaped leaves.

A Scottish heirloom leek variety, Musselburgh plants are renowned for their large, tender stalks that overwinter beautifully and have a mild leek flavor. Musselburghs only grow for a single season and mature to about a foot in height with 2- to 3-inch wide stalks. This leek varietal is not sold commercially and so had until recently fallen out of favor. With the resurging interest in all things heirloom and the increasing number of Mom and Pop farmer’s markets, Musselburgh leeks are again enjoying some recognition.

Leeks are an ancient crop, cultivated in Sumeria prior to 3,000 B.C. By the late Colonial period, leeks had made their way to the New World. A major improvement came with the development of Scotch leeks, Musselburgh leeks. These were developed by Dutch immigrants residing in Scotland during the late 18th century and named for the Scottish town of Musselburgh. They were introduced in 1834 to the masses.

Growing Giant Musselburgh leeks is a great choice for the novice gardener as they germinate easily and require very little care. Plant the seeds directly outside if soil temps are at least 60 F. (15 C.) or inside several weeks before the last frost in your area. Leeks germinate fairly well in cold soil. Plant the leeks (or transplant) in an area of sun if you live in a cooler region to part shade for those of you in warmer climates. In warm climates, plant leeks as an overwintering crop, that is start them in the early summer. For those in cooler climes, plant leeks in the spring for a late fall to early winter harvest.

Once established, leeks take very little care. Water when they are dry. There is no need to feed them, leeks are pretty self-sufficient.

Musselburghs should be ready for harvesting in about 100 days, ready for you to make your own soothing batch of potato leek soup – try adding some gorgonzola! If you choose not to use the leeks immediately, I slice them up and freeze them for later use in soups, sauces or just sautéed in butter and jumbled over a steak. Yum!