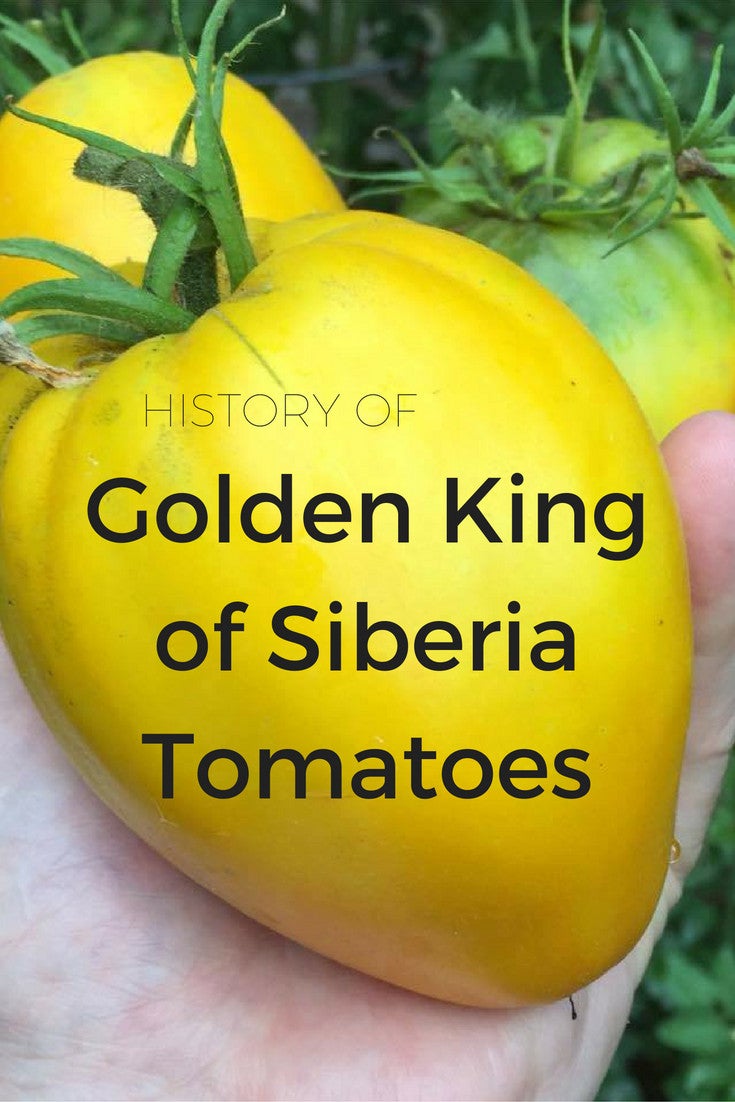 A wise man once said there are more varieties of tomatoes than there are stars in the sky….Okay, no one ever said that, but sometimes it really feels true. At least the variety in the tomato kingdom is translated into some real diversity – if you have an idea of the kind of tomato you want, odds are you can find it. The Golden King of Siberia has its own quirks that are almost always met with rave reviews by gardeners.

The seeds made their way to Baker Creek Heirloom Seeds in America and, when test grown, were determined to be similar enough to be packaged as the same variety and named with a kind of portmanteau of the two original names. This was in 2010.

So, are the Golden King of Siberia seeds we can buy now predominantly King of Siberia, or Golden King, or still a mix of the two? No one really knows. But that shouldn’t stop you from growing heirloom tomatoes like these!

Golden King of Siberia tomato plants are big, yellow, and heart-shaped. They’re pretty low in acidity as tomatoes go, and lots of people describe the flesh as downright sweet. Because of this, they’re fantastic straight off the vine, eaten just like an apple (my personal favorite way to eat a tomato).

But they’re also big, low in seed, and super prolific, making it hard not to cook with them. The vines are indeterminate, but as indeterminates go, they’re very well behaved, usually keeping to a short bush-like form. They handle heat well and are somewhat disease resistant.