Great Pumpkin Death Of 2019 – Dead, Frozen Vegetables And A New Gardening Season Ahead 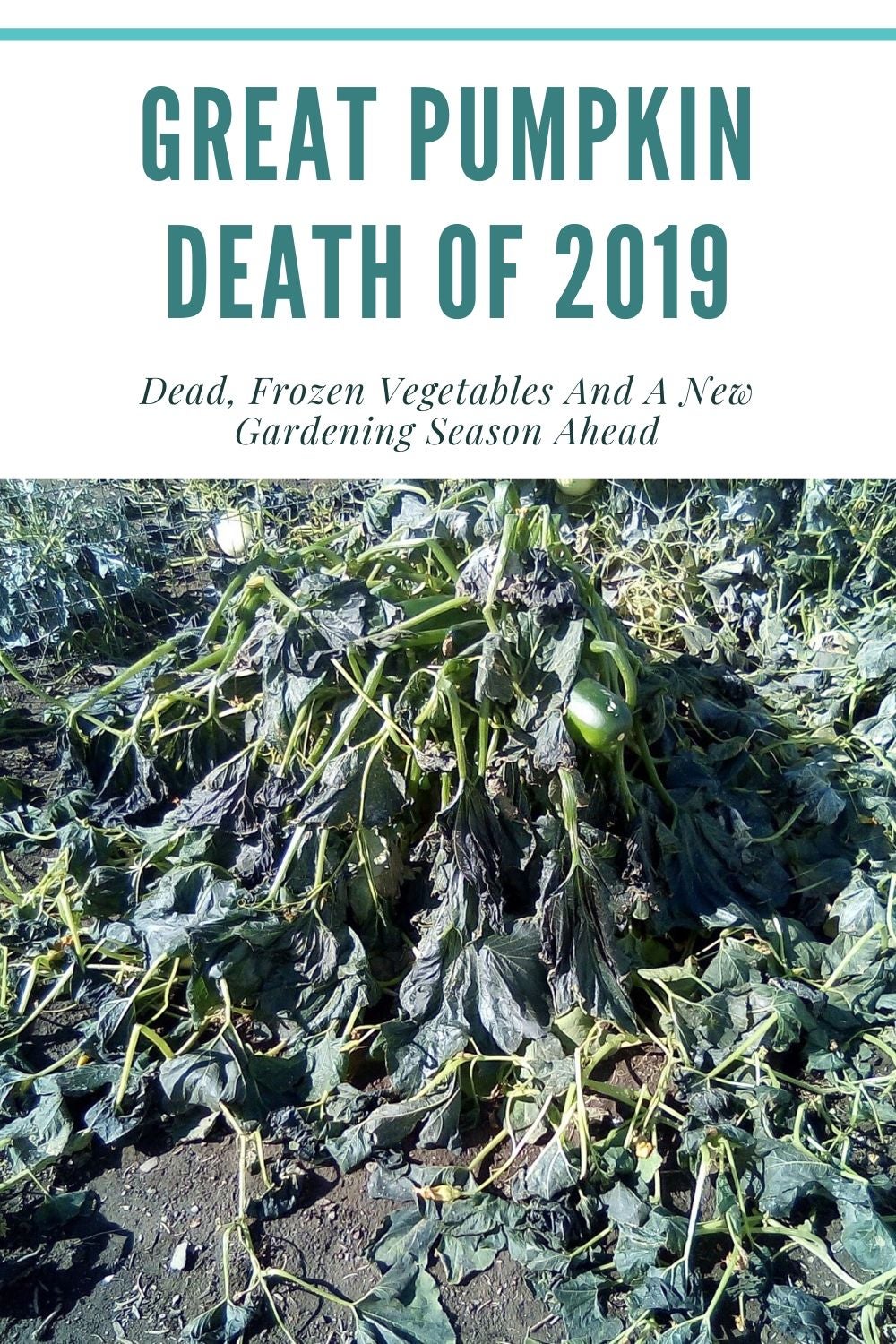 I have only been in my new home for a few months. Our new neighbors said our vegetable growing season would last into early November, so as soon as we got here, we threw some seeds into the ground even though it was months past normal seed starting time. Well, lo and behold, they took root and went to town. I had a field of squash, beans, tomatoes and more, all from seed. It was astounding and overwhelming. Our local food bank was the beneficiary of much of our excess crop.

Our home is in the sticks – literally the middle of nowhere. We don’t have cable nor watch TV. Our news is from the radio and the nearest big city public station. So, sometimes, when things are forecast, we are the last to know. Also, because there is no local news, we don’t have very accurate forecasts. This is how the great pumpkin death of 2019 happened.

First of all, let me explain that I spent the last 25 years in a place that rarely freezes or gets snow. I am unfamiliar with strange weather patterns and have had a hard enough time adjusting to 100-degree Fahrenheit (38 C.) and above temperatures. My idea of summer is right around 75 F. (24 C.), but those hot temps really made my veggies grow.

One day in early October we were in nice sunny, summer temps, and the next I was out in my winter coat surveying a field of destruction. Apparently, overnight, the temperatures went below freezing. Well below. Out of the blue. Without warning. We didn’t know to cover our crops and lost everything in the night. It was a dismal and appalling scene.

I am still shell shocked all this time later. Cleaning up the mess, cutting the squash vines into lengths that would compost on site, gathering green tomatoes, and anything else salvageable was a nightmare. It was a rude ending to a lovely gardening season that left me with nothing to can and little I could save. Even the hard-shelled squash froze, which meant picking through them to see which ones would be useful after they thawed.

I put out my autumn display on the front stoop, brought out some Halloween stuff to brighten it up and took the pumpkins that hadn’t frozen and layered them up the stairs. It was a bright and cheerful display, interspersed with blooming mums. It was also a warning for future seasons that Mother Nature is often perverse and always in control. Further, it was a reminder of the wonders of soil, seed and sun, but also that even seasoned gardeners like me can get foiled by weather.

In the end, it has given me an urgent need for a new plan this vegetable growing season and those to follow. Find a better weather station, get out the plant blankets early, and watch for any signs of trouble.