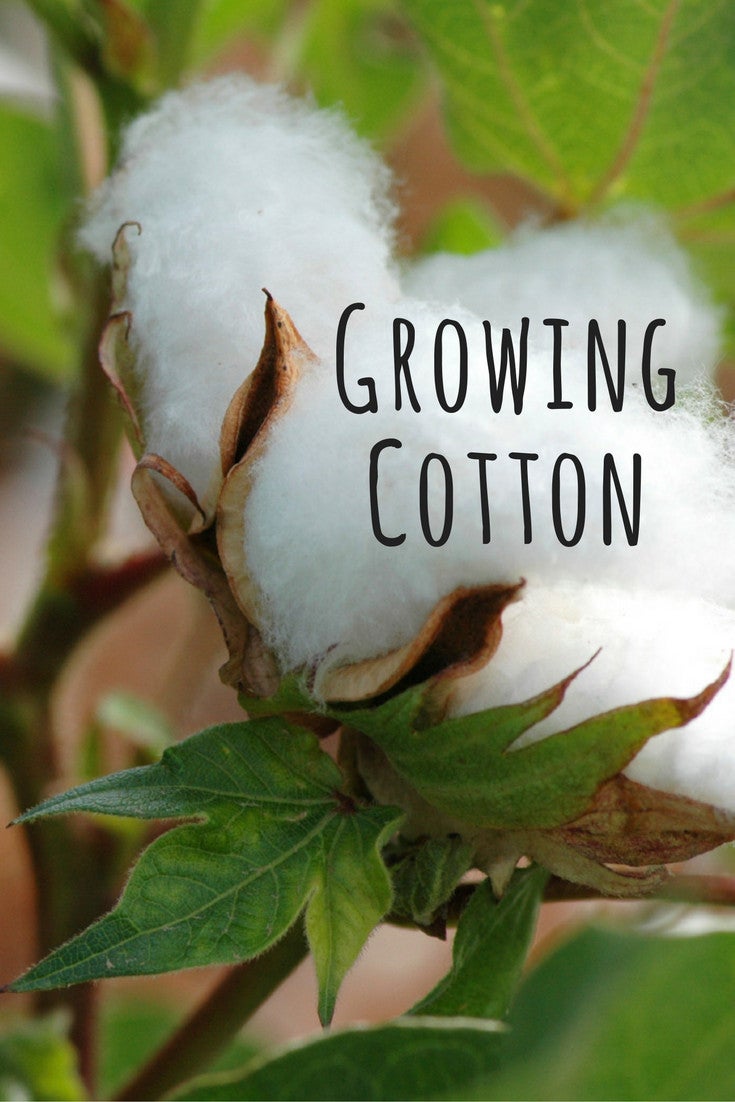 You ever wonder about cotton? It is literally the natural thread that runs through our daily lives, a continuum that touches us multiple times a day, sometimes all day. It might be on your feet, your back, your bum, or even your head; you probably even slept eight hours in it. Since it is something so integral to our daily lives, there’s got to be some interesting cotton plant information, right?

And so there is”¦Archaeological evidence of domesticated cotton plants (Gossypium) and their role in history dates back to at least 7,000 years ago from the Neolithic occupation of Mehrgarh. Bits of cotton cloth have also been dug up in the Indus Valley of India and date to around 3,000 B.C. where the flourishing city was funded by cotton exportation. Raw cotton and woven cloth were exported from South Asia into Dhuweila in eastern Jordan by 5,000 B.C. and Majkop in the northern Caucasus by 6,000 B.C. By the second millennium B.C., cotton spread to the Babylonian kingdoms, Egypt and eventually into Europe via trade routes. Plainly, our desire for and reliance on this plant is age old.

Additional cotton plant info tells us that by the early 1500’s, American Indians were cultivating the plant. However, in the British Empire, laws enacted to protect the English sheep and wool industry kept the cultivation of cotton at bay and infiltrating into the American colonies. Colonists had to wait until 1607 for the first cotton seed to be planted along the James River in Virginia. From there, the presence of cotton cultivation spread like wildfire.

Cotton grew readily in the southern colonies, but milling it was another matter. It took one Samuel Slater to change all this by building the first American cotton mill in 1790. Followed by Eli Whitney who patented the cotton gin, which revolutionized the way lint (cotton fibers) was separated from the seed. This sped up the process, making it more profitable and economical since the prior method was tedious hand removal. In fact, production was increased from 1 lb. to 50 lbs. per day per worker!

Additional inventions, such as a cotton picker and a boll stripper, continued to create a bolstered and profitable cotton industry. Within ten years, the value of the U.S. cotton crop increased from $150,000 to $8 million! The term “White Gold” was coined in reference to cotton and, boy, was it apt! The American South was raking it in and, indeed, cotton production continues to play a vital role in the United States economy.

In the U.S. there are 14 major cotton growing states referred to as the Cotton Belt. Each state has three commonalities, plenty of sunshine, water and fertile soil. There are three types of cotton grown: Upland, Egyptian and Pima, which grow and mature at different times.

If you would like to grow cotton, you need to have soil rich inÂ nitrogen and potassium, soil temps of at least 58 degrees F. (14 C.) and lots of sun. Till the soil to a depth of 2 inches, add an inch of compost and moisten the soil. Plant the seeds in groups of three and an inch deep, four inches apart in rows about thirty inches apart.

Do not water the newly planted seeds for 4-5 weeks post emergence. Thereafter, water the plants every ten days through the summer until 16 weeks has passed since planting. Once you quit watering, the plants will dry and shed their leaves. The pods, or cotton bolls, will crack open, revealing the fluffy ball of cotton inside that can then be harvested.

A single plant can bear up to 100 bolls; that’s a lot of cotton! Once you figure out how to process the cotton into usable fiber (that’s another article), you are ready to weave your own cloth. Maybe learn how to dye it as well!