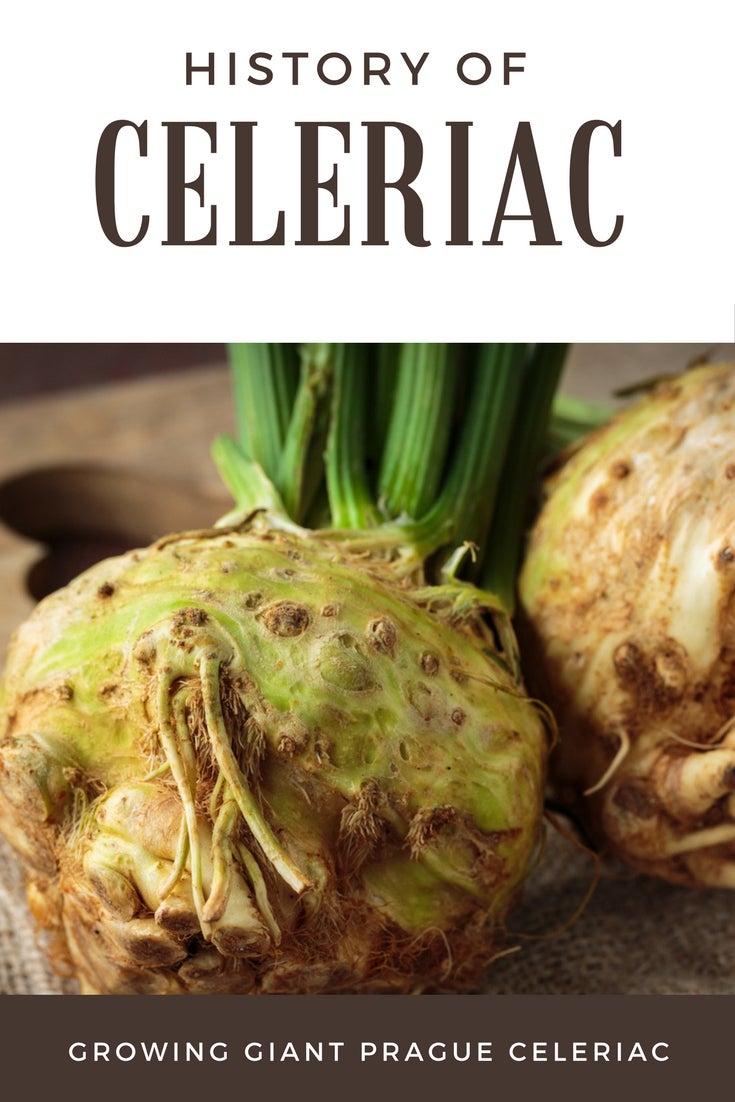 Giant Prague celeriac (Apium graveolens var. rapaceum) won’t turn heads in the produce aisle. Its knobby bulb, the size of a baby’s head, is a dirty tan, and it’s usually sold with the top shoot cluster attached. But inside the tan outer skin you’ll find a pure white vegetable with a subtle taste of celery and parsley. Read on for information on growing Giant Prague celeriac.

No, it doesn’t look much like celery. But celeriac (emphasis on the second syllable) and celery are kissing cousins, descended from the same wild ancestor plant. The celeriac ‘Giant Prague’ was developed around 1871 in Germany. It was eaten there and much admired. Its popularity spread to France and on to America.

If you plant celeriac in your garden, all you’ll see will be a group of green stalks. You don’t eat these. The edible parts of Giant Prague celeriac plants are the large, bulbous roots that look something like ugly turnips. The bulbous root was first grown in the USA as a novelty crop for daring gardeners and cooks. Over time, it became more accepted, though it still isn’t as common as celery. It is now considered an heirloom variety.

Those who grow it tend to love it and sing its praises. Celeriac conveys the taste of celery without the incredible problems that one encounters growing and blanching regular celery. With celeriac, you get the distinctive fresh celery taste without the hassle. It is perfect for use in stews and soups. The French shred it and serve it as a salad with mayonnaise. In addition, you can keep celeriac for months while celery rots quickly.

Like celery, celeriac is a cool weather crop. It takes four months from germination to harvest. You may need to start the plants inside to ensure a sufficiently long growing season before the first frosts. You can start them inside up to 10 weeks before the date of the last frost in spring.

Wait until the temperatures rise before transplanting the celeriac seedlings into your garden. When temperatures are consistently above 45 F. (7 C.), make the move. Plant them at least 6 inches (15 cm.) apart in a full sun site. They prefer loamy, well-draining soil rich in organic matter.