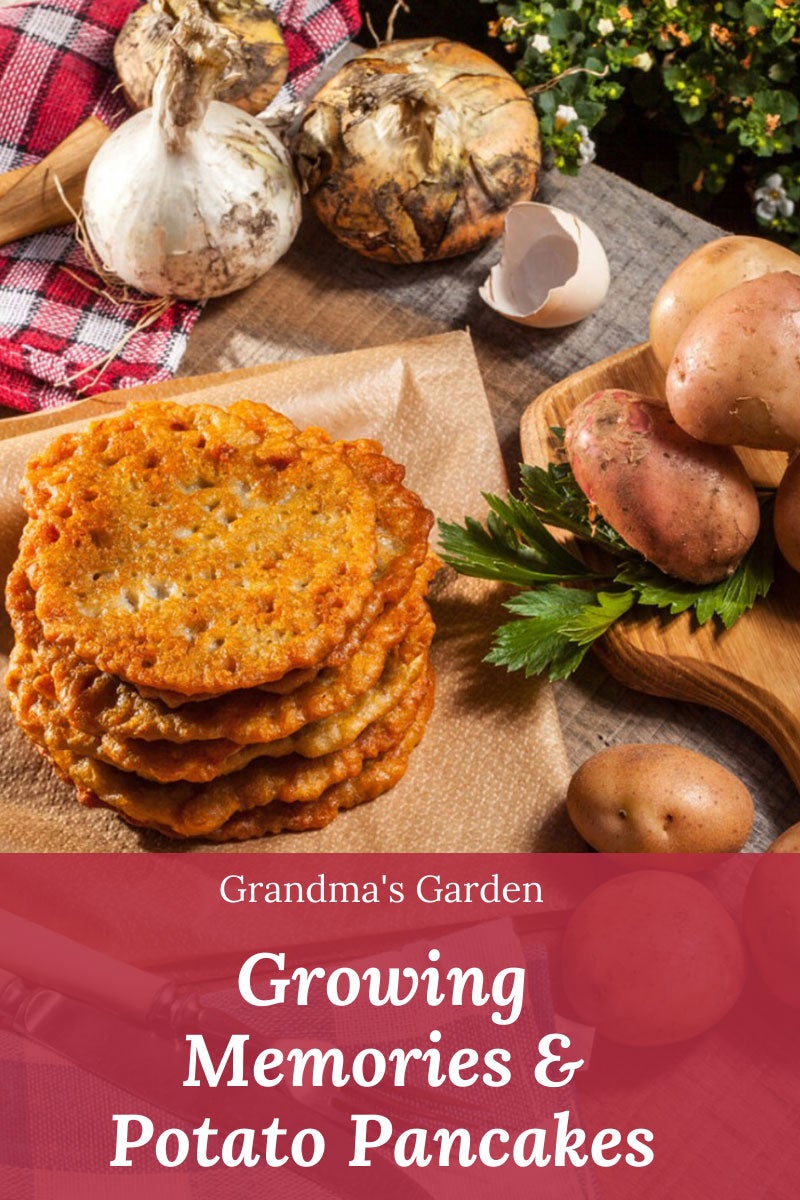 Someone once told me that nothing reveals more about a gardener’s life than the plants he or she chooses to grow in the backyard. And it is true that the roots of some of my personal garden plants reach back into my childhood. My grandmother died when I was quite young, but most of my memories of her revolve around her veggie garden in New Jersey, and the chickens she kept behind the house. As I look over my own veggie garden, I see a few of the same crops my grandma grew.

I was named after my grandmother, so I’ve always felt that there was a link between us, even though I was only in second grade when she died. She immigrated with my grandfather from Poland when she was just 18 years old and raised her family in New Jersey.

I was born in Alaska, but my mom took us back to New Jersey to see our grandmother several times during my early childhood. I recall her large, lush garden and her fenced-in chicken pen. The backyard chickens I remember particularly because my sister and I were tasked with collecting the eggs from the pen and had to fight off a ferocious rooster to do so.

Given my Polish/German heritage, growing up in Alaska and all the years I spent in France, you might think my backyard heritage garden might be filled with exotic foreign veggies from which I prepare exotic dishes. This is not the case. Mostly I grow ordinary crops like tomatoes, snap peas, lettuce and spinach.

But two staples in my garden come from my grandmother: potatoes and onions. I first started a potato crop with the sprouted eyes of a bag of grocery potatoes. When I went outside to plant them, I had a sudden memory of the shallow trenches Grandma used to dig, a couple of feet apart, and how she would mound the dirt over the sprouts as they grew.

Of course, I did the same, and have grown potatoes in my garden ever since. I also plant onion sets, the same white onions my grandmother used for her plackis.

“Growing” Plackis – from the Garden to the Pan

I must admit that, although I have been a vegetarian for over two decades, potatoes are not a big part of my diet. In fact, I don’t think of myself as growing potatoes so much as growing plackis, since the vast majority of the spuds I grow end up as potato pancakes.

I don’t have my grandmother’s recipe for plackis, unfortunately. My mom made them a few times but the recipe got lost in the shuffle of life before I grew into an adult. But I know they contained grated garden potatoes and onions as well as fresh chicken eggs and a little flour, so I experimented with recipes online until the resulting potato pancakes matched my memories. Cooked on a hot frying pan in vegetable oil and served with applesauce, they always take me right back to Grandma’s kitchen in New Jersey.