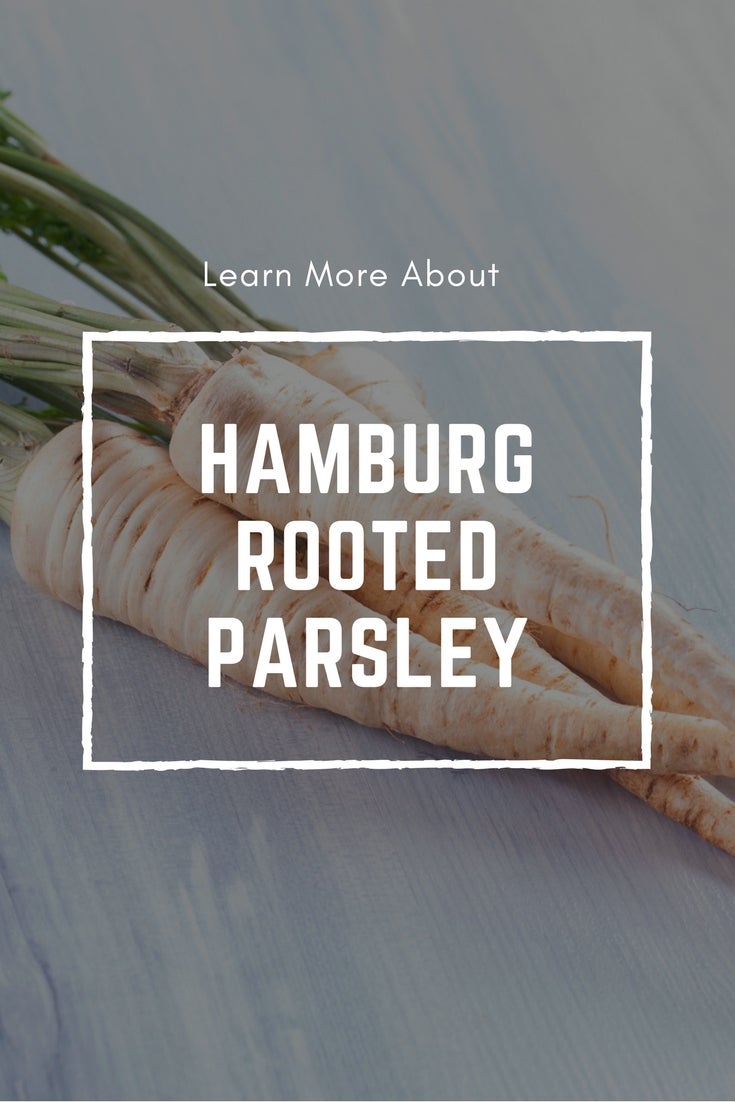 With a common name like Hamburg parsley root, one would naturally guess that this unique vegetable has its origins in Germany. While the history of parsley root has it as a popular “suppengrun” (soup green) in Germany since the 16th century, parsley root has also been a popular green and root vegetable in Austria, Hungary, Poland, Holland and Russia for centuries. That being said, the plant is believed to have first been used in cooking in Hamburg, Germany. Its edible root is kept in the ground through winter and dug up as needed for hearty stews and soups. It is said that a touch of frost improves the flavor.

Hamburg rooted parsley looks similar to Italian parsley. Its edible greens are used the same as both Italian parsley and curled parsley are used. However, Hamburg parsley root has edible tubers that look kind of like a cross between a parsnipand a carrot. The flavor and texture is somewhere between the two as well. The tubers have a rough white-beige skin and is whiter beneath the skin. They grow approximately 6 inches long and 2 inches wide, though the Hamburg half long varieties are shorter and stubbier.

Hamburg rooted parsley can be eaten raw, like a carrot, but it is usually sliced with the skin on and cooked in stews or soups. It contains Vitamin C, iron and sodium. In Europe, the greens are usually harvested and used as needed throughout the spring, summer and fall. The leaves will only keep fresh for a couple days, so only take what is needed. While the tubers take much longer to mature, they are usually harvested as needed in fall or winter. It can also be planted in fall for spring and early summer harvests.

Hamburg root parsley is actually a biennial, but it is usually grown as an annual. It requires consistently moist soil to develop properly and for better taste and texture. In heavy clay soil or dry soil, parsley root may be prone to forking into two smaller tubers. The half long varieties are said to tolerate poor soil better.

Seeds germinate best after stratification or a cold period. This can be simulated by placing seeds in the refrigerator a few weeks before planting. Sow seeds directly in the garden in early spring. They are slow to germinate at about 3-5 weeks before they sprout, and it then takes at least 90 days until root maturity.

This parsley variety is often planted alongside radishesand lettuce. Like all parsley plants, it is a host plant for swallowtail butterflies.