Fig Harvest Woes: What I Learned About Growing Figs

Throw Back Thursdays
By Becca Badgett | May 14, 2020
Printer Friendly Version 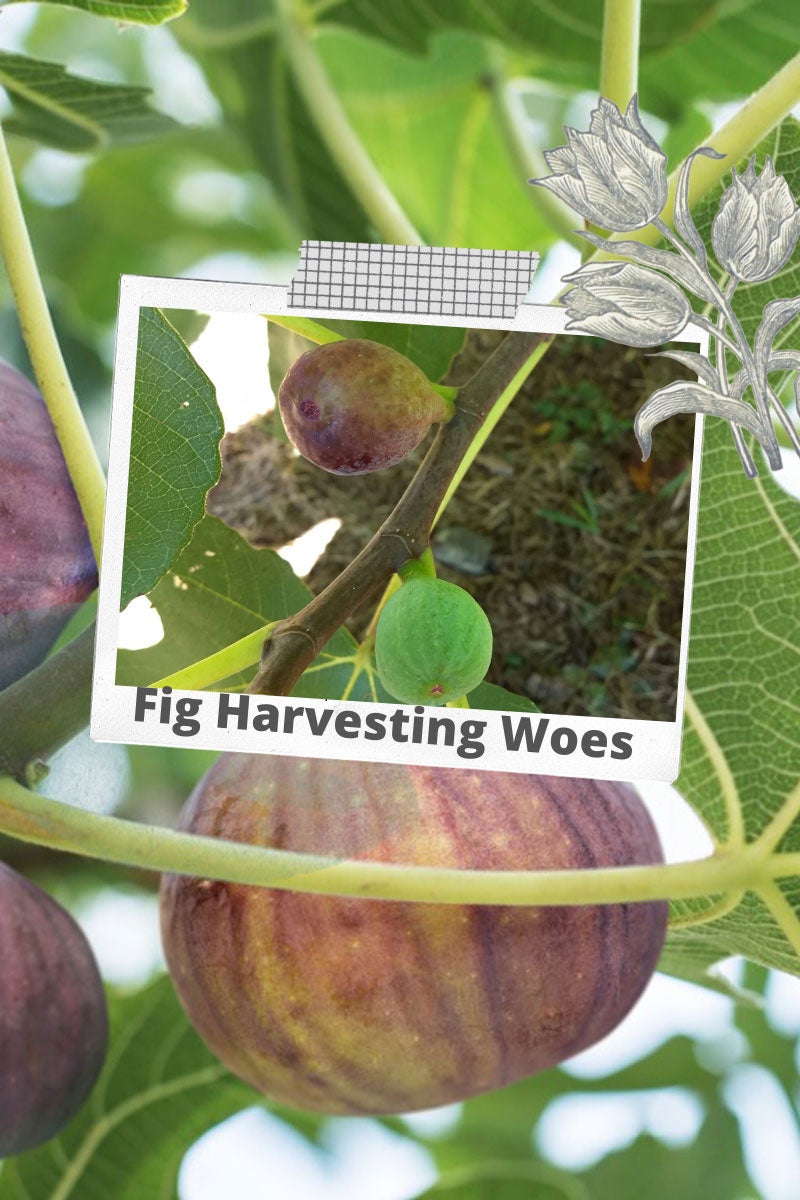 I love figs and the long history associated with them, so I was happy to have the perfect spot for planting a couple of Brown Turkey fig trees when we moved here four years ago. As you probably know, fruit crops normally come in fully on the third year, so I was excited to see them loaded with green fruits – for a little while anyway.

Harvesting Figs is a Continual Process

It turns out that the fig harvest is a little different from blueberries and strawberries that will keep in the refrigerator for a couple days, or apples that will store for months. You must deal with figs immediately or they become overripe. If you pick them a little before the optimum stage of readiness, they’ll be ripe the next day.

I admit, most of the already ripened figs never made it into the house. Knowing they’d be too ripe by the next day, I was compelled to eat them. I did share a few with the rest of the family, though.

After a daily check of the plants for several weeks, I finally had enough to cover a cheesecake, but that was it for the first harvest. However, there were still little green figs on many branches and new ones popping out in September. Since our first frost date is normally around October 15 here, I was concerned they might get frostbitten.

Why are figs still green? As I often suggest to readers, I did some additional research. I learned that figs are one of those fruits that produce a second crop which may not have time to get ripe. And that it’s actually the fourth year after planting when we should expect a full crop instead of the third. Apparently, fig trees have a long juvenile period. Who knew?

I found out that the ripening of the second crop before frost is a problem in many areas. Some innovative growers suggest using the green fruits as stir-fry to add to spaghetti sauce. That didn’t sound too appetizing, so I tried another suggestion. I removed the tips from the branches that hold the still green fruit. This made sense, then the energy would be directed to the fruit by breaking apical dominance. Unfortunately, this didn’t seem to make them ripen and many are still green.

Some of my questions and concerns were answered, somewhat. So, we’ll see what next year brings for the fig crop. In the meantime, there’s late winter fertilization and a lot of pruning to be had. Fig tree cuttings anyone?