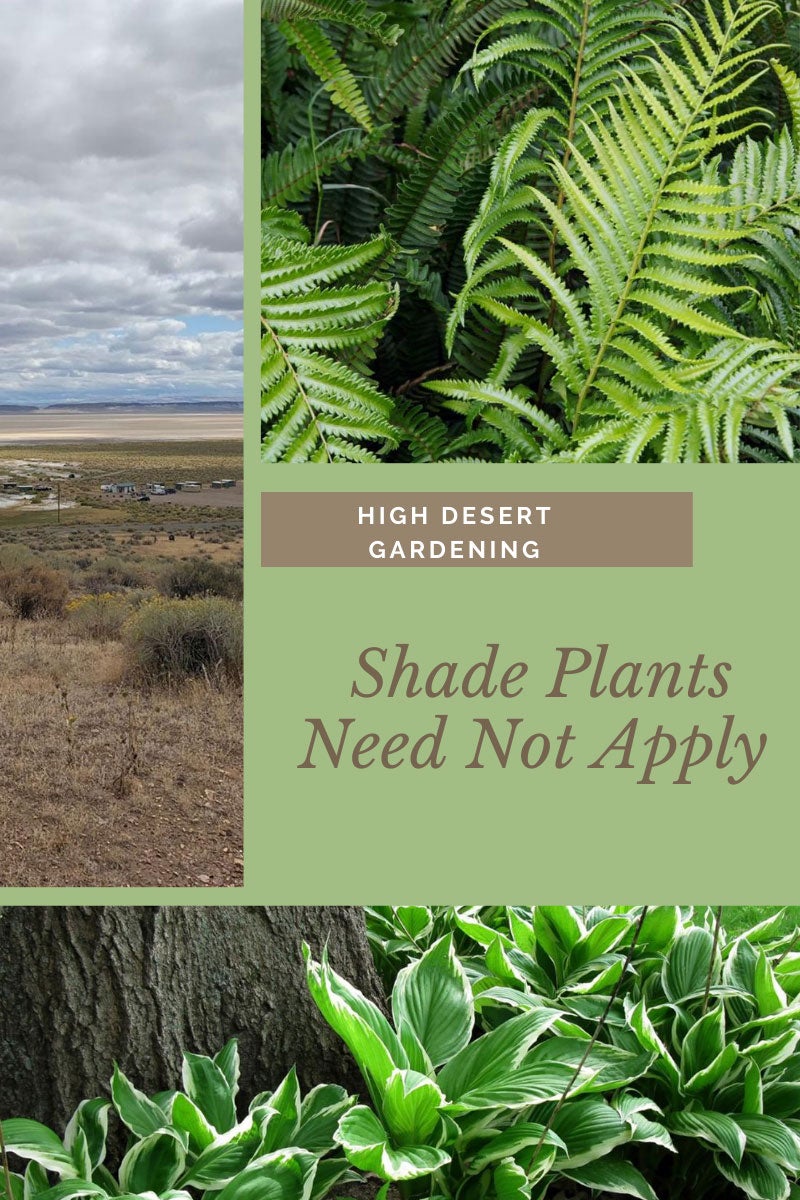 I have very few shady spots in my garden, and none of those spots are shady enough for shade-loving plants. I loved growing hostas when I lived in cool, rainy Portland, especially after I discovered that slugs didn’t like the varieties with thick leaves. I also loved ferns, which were beautiful even during the wet, drizzly winters.

Now that I’m back home in Oregon’s high desert region, the summer sun would bake those lovely shade plants in nothing flat.

If you’ve never been to Oregon, or if your trips to Oregon have been limited to the coast or cities like Portland, Eugene, or Salem, I should explain that most of Oregon, the huge area east of the Cascade Mountains, is high desert region, which means it’s dry like a desert but, unlike deserts in Nevada or Arizona, it’s cold during the winter.

The rainy Pacific Northwest is really only a thin strip running down the coast of Washington and Oregon. That area is a marine climate. Clouds literally bump up against the Cascades and dump a lot of rain, with very little making it over to this side. Western Oregon generally receives at least 43 inches of rain, while we are left with only about 14 inches of moisture, most of which is actually from snow.

It surprises me sometimes that more people don’t know this about Oregon, but I guess it’s because nearly all of the people live west of the Cascades. For instance, Multnomah County boasts a population of about 800,000, which I realize is relatively small, as far as counties go. However, my county is home to approximately 1,800 people, or about 1.5 people per square mile.

Actually, to be honest, I do have a shady strip of lawn on the north side of my house, but it really doesn’t count because nobody goes there, except my husband when he mows the narrow strip of grass between the fence and the house. I haven’t been there for many months. Hosta and other shade-loving plants would probably do well there, but deer like to jump that fence and I’m sure they would enjoy munching on hosta, which would be the first stop in their trip through what they view as their personal fast-food restaurant.

So, for now at least, those lovely shade plants will have to remain a fond memory.

Tell us what you think: Leave a comment
Printer Friendly Version
Read more about Throw Back Thursdays
<Previous
Did you find this helpful? Share it with your friends!
FacebookTweetPinEmail