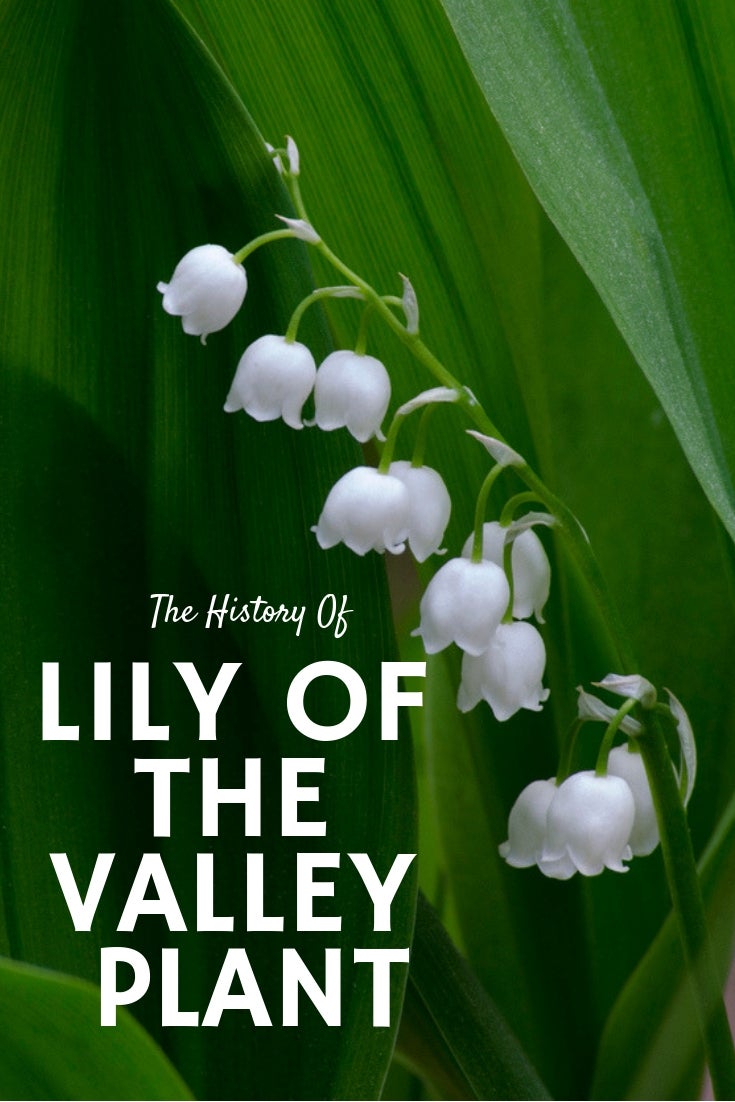 Blood and tears. According to legend, this is the stuff that lily of the valley is made of. My apologies for revealing and teasing this part of lily of the valley history to those tucking this sweetly fragrant white flower into their wedding bouquet right now – it’s a bit TMI at this happy moment in your life. However, lily of the valley is really a fascinating plant with a rich history and a number of plant uses – and not all sorrowful. Read on to learn more.

Lily of the Valley History Highlights

Lily of the valley history is deeply rooted in the Christian religion where it symbolizes purity and humility. There are 15 mentions of lilies in the Bible. Lily of the valley is known as “Our Lady’s Tears” or “Mary’s Tears,” as the plant was borne from wherever Mary’s tears fell during the crucifixion of Jesus. Christian legends also suggest that the tears of Eve, which fell as she and Adam were expelled from the Garden of Eden, had the same effect. Lily of the valley flowers are also dubbed “Jacob’s Tears” for they can symbolize the tears that Jacob shed for Rachel and Joseph. Given that lily of the valley is an early springtime bloomer, it is used to signify Christ’s second coming as well.

Back in the 6th century in a forest in West Sussex, England, the blood of a French saint and martyr known as St. Leonard splattered onto the ground as he valiantly fought and defeated a dragon. Story has it that God made white lilies of the valley stem from the ground wherever the Saint’s blood fell, and to this day, the floor of St. Leonard’s forest is still thickly carpeted with them.

After reading about the blood and tears, you may be feeling distressed and wanting to say “Mayday! Mayday!” when, in fact, you should be referring to “May Day” instead. And why is that, you ask? Because lily of the valley is the official May Day flower in France. The French have a tradition of giving each other this flower on this special day. The tradition stems back to May 1, 1561 when the perfumed flowers were offered to King Charles IX as a good luck token for the coming year. The king took a fancy to this idea and made it a custom to present the ladies of his court with lily of the valley flowers every May 1.

Lily of the Valley Plant Uses

What about lily of the valley plant uses? Well, if you’re the character Walter White from the show Breaking Bad, you could use it kill drug kingpins. But we’re not advocating using the toxins in the plant to kill people. This is more a public service announcement that lily of the valley is poisonous – all parts of the plant are potentially toxic, which is really important to know if you have children or pets milling about. Given the toxicity of this plant, it gives me pause knowing that this flower is often used in wedding bouquets. But (and I say this in jest) maybe this is bride’s subtle way of saying to her husband-to-be: “Don’t ever cross me.” In all seriousness, the presence of the flowers is actually for good luck and prosperity in married life.

While the lily of the valley can deliver evil, according to folklore, it can be equally as good as protecting against it. Need to protect your garden from evil spirits or shield yourself from witches’ spells? Well, then look to lily of the valley. On a lighter note, lily of the valley is considered to be the flower of the fairies who upturn the plant’s bell-shaped flowers and use them as sippy cups.

It appears that lily of the valley flowers also has medicinal value, hearkening back to Medieval times. It can be used to medicate a number of conditions but is most well-known for treating heart ailments. It may be perplexing to you that this plant has medicinal value given its toxicity, but this is just one of many, many plants that draw a fine line between poison and panacea. We’ll just leave it to the medical professionals and qualified herbalists to draw that line.