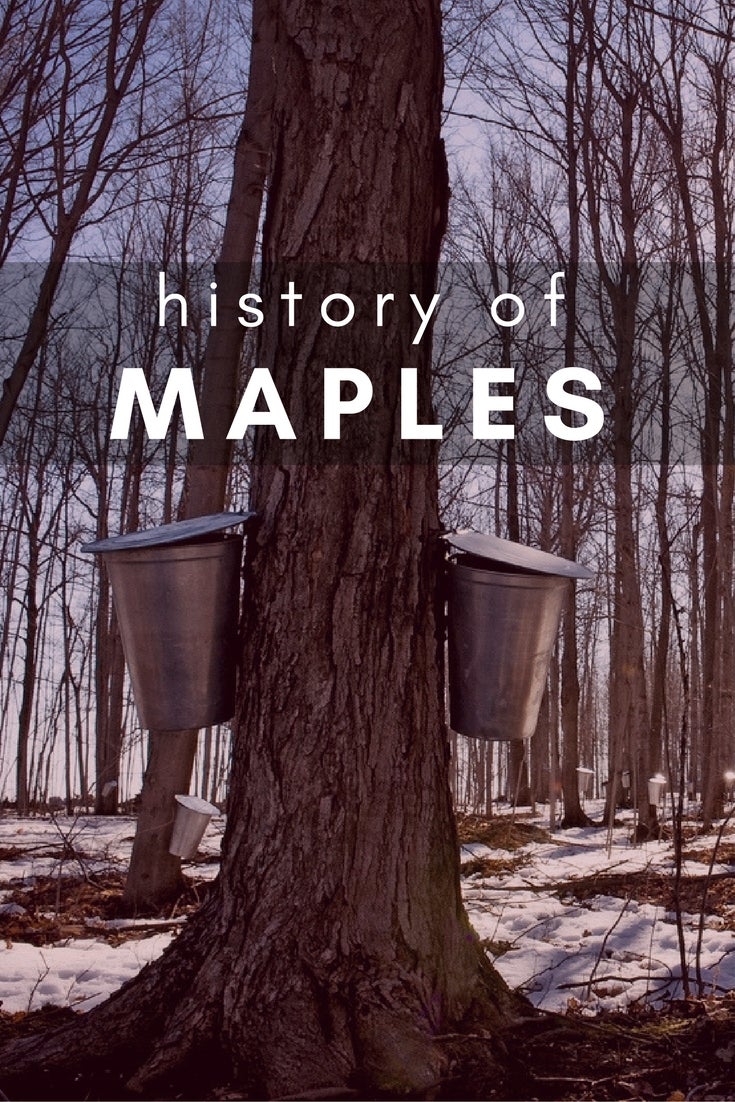 The sugar maple (Acer saccharum) captures the imagination with its sweet sap harvested with a little spigot and its inspiring autumn display. It is one of America’s most beloved trees, named state tree of no less than four states. And the history of maples is as intriguing as the tree itself, spanning several centuries. Read on for interesting tidbits from maple tree history.

The history of maples began centuries ago. Maple trees existed in North America for hundreds of years and the sugary sap was harvested by Native Americans. However, modern maple tree history began in 1663. That’s when chemist Robert Boyle described the “new world” tree to Europeans. Settler John Smith was one of the first to describe the sugar-making process used by Native Americans. He noted other interesting maple tree uses, like the fact Native Americans brewed cough medicine from the tree’s inner bark.

Other maple tree uses over the years included producing soap from maple ashes. Settlers also used the bark as a dye. Over time, some people were known to consume the sap as a spring tonic, while others ingested it to treat liver and kidney problems. Harvesting sweet sap has played a large role in the history of maple trees. And sugar maple is still grown for sugar production. You’ll find acres of it in the eastern United States and Canada servicing this purpose.

But other important maple tree uses include roles in lumber production. Sugar maple wood is exceptionally dense and hard. That’s why it is used to make furniture and cabinets. These trees are also used in landscapes, but sugar maples aren’t appropriate for small gardens. The tree can shoot up to 75 feet tall (26 m.) and one of maple tree uses is as a shade tree, with its spreading canopy capable of blocking sunlight.

Sugar maples also are ornamentals, adding immensely to the beauty of a large backyard. The distinctive leaves usually have five lobes and grow larger than a man’s hand. In fall, they blaze in fiery colors before they fall. The tree produces winged seeds that are interesting and attractive. They come to maturity in September or October.